Camera I got online doesn’t work – is it ‘grey market’ and can I get a refund? 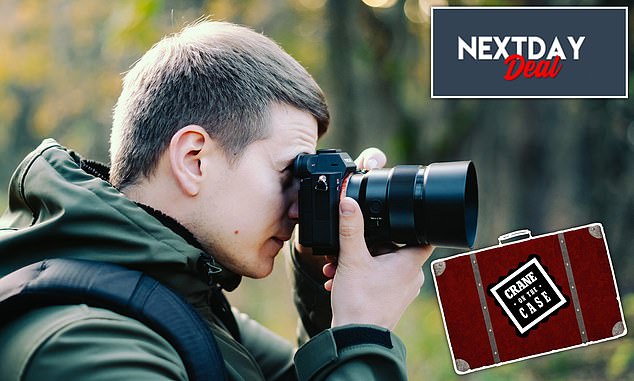 I bought a new Sony camera in April 2022 from the electronics website Next Day Deal, paying around £1,300.

The transaction was done through PayPal and it said the money was paid to a company called WA & Co Limited.

The camera was faulty from the start. It would run out of battery quickly despite my efforts to conserve the power, and sometimes would not charge up. The lens did not retract properly and there were also problems with the focus.

It came with a two-year warranty, so I contacted Next Day Deal in June and asked for it to be repaired. I was told to send the camera to a repair shop in Glasgow. I had to pay for this repair and Next Day Deal later refunded me.

But when the camera was returned, there were more faults than before, and the previous faults were still there too. I went to a local camera shop in Surrey to get a second opinion, and it agreed.

Picture this: Our reader had issues with a camera bought online, and has spent eight months trying and failing to get it fixed or return it

Frustrated, I decided to claim a refund under the Consumer Rights Act 2015. I emailed the Next Day Deal customer service address, as well as sending a recorded delivery letter to the Somerset address on its website.

I have not had a response to the email and Royal Mail returned the letter to me as it said the address was not valid.

So I sent another tracked letter to WA & Co’s registered address in London. This was was redirected to a PO Box address earlier this month, and has so far had no response.

This camera doesn’t work properly and I want a refund. Can you help? G.T, Hampshire

Helen Crane of This is Money replies: Sorry to hear about this. You were hoping to take some great shots with your new high-end camera, but ended up far from snap happy.

It appears you may have purchased your camera from a firm trading in what are known as ‘grey market’ goods. These are items that have been put on the market in one country, then exported and sold without the consent of the company that owns the trademark.

This is not illegal, and it doesn’t mean that the products are counterfeit. However, it does mean that they do not come with the original manufacturer’s guarantee.

CRANE ON THE CASE

Our weekly column sees This is Money consumer expert Helen Crane tackle reader problems and shine the light on companies doing both good and bad.

Want her to investigate a problem, or do you want to praise a firm for going that extra mile? Get in touch:

The trademark owners will usually refuse to repair items that have been purchased from these retailers, even if the customer offers to pay.

This is why you were instructed to send the camera to an independent repair shop hundreds of miles away from your home, rather than sending it back to Sony – and why you had to pay them upfront and wait for Next Day Deal to refund you.

As you found, dealing with these smaller, third-party export sellers means it can be harder to put things right when they go wrong.

While Next Day Deal does say that it offers its own two-year warranty, your experience of trying to get your camera repaired – and then refunded – has been painful. It has been eight months since you first sent the it off, and you still don’t have a properly functioning camera or your money back in your pocket.

Looking at Next Day Deal on Trustpilot, it initially appears to have a sterling reputation with 96 per cent of its reviews being five star.

However, sifting through the handful of one-star reviews left, This is Money found accusations that Next Day Deal had refused to help customers with delivery issues or offer refunds unless they first agreed to take down negative reviews they had posted. If that is the case, it is very bad behaviour indeed.

The fact that your letter to Next Day Deal was undeliverable suggests that it is a small operation, and when I searched the address listed on its website it appeared to be a residential property rather than an office or warehouse.

This would make sense given how hard you have found it to get in touch. 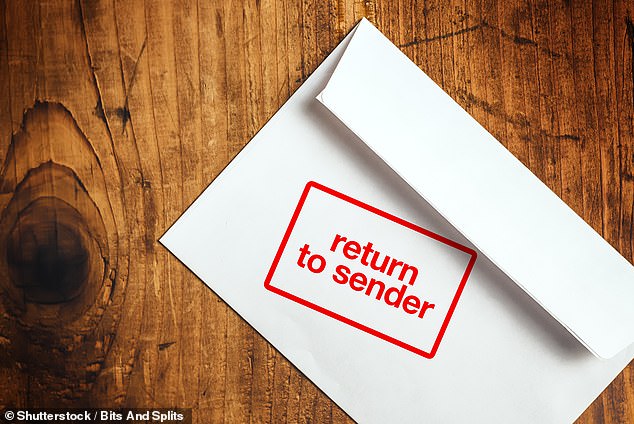 Undeliverable: A letter G.T sent to Next Day Deal demanding a refund was returned to him

Customers looking to use these kind of websites might shave a few pounds off the price of their costly gadgets, but swerving the original manufacturer or an approved retailer could be a false economy if something goes wrong.

I contacted Next Day Deals to ask whether it planned to give you your money back. I received an email reply saying that the company was sorry to hear about the experience you had after the initial repair attempt failed.

It added: ‘We are looking into the difficulty he experienced getting in touch with us and why this may have occurred.’

‘We have also introduced additional procedures to support our customers going forward, including further training for our team and ensuring customers are informed not to use third-party repairers as was allowed on this occasion.’

Next Day Deal’s website says that ‘all warranty issues are handled locally in the UK at a manufacturer approved service center’ – but you were explicitly told to use the third-party camera repairer in Glasgow.

I’m sure you would not have opted to send the camera hundreds of miles across the country if a different option was available to you.

If even its own staff don’t understand where products are supposed to be sent for repair, what hope does the customer have?

Next Day Deal has now contacted you and arranged for the camera to be collected and a full refund issued.

I hope you are able to use the cash to buy a less troublesome camera, and I imagine you will be leaving Next Day Deal well out of the picture.

Denial of responsibility! Yours Bulletin is an automatic aggregator of the all world’s media. In each content, the hyperlink to the primary source is specified. All trademarks belong to their rightful owners, all materials to their authors. If you are the owner of the content and do not want us to publish your materials, please contact us by email – [email protected]. The content will be deleted within 24 hours.
dailymailmoneymoneybills
0
Share

The best web browsers for 2023