Margarine and butter prices are soaring. Here’s why. 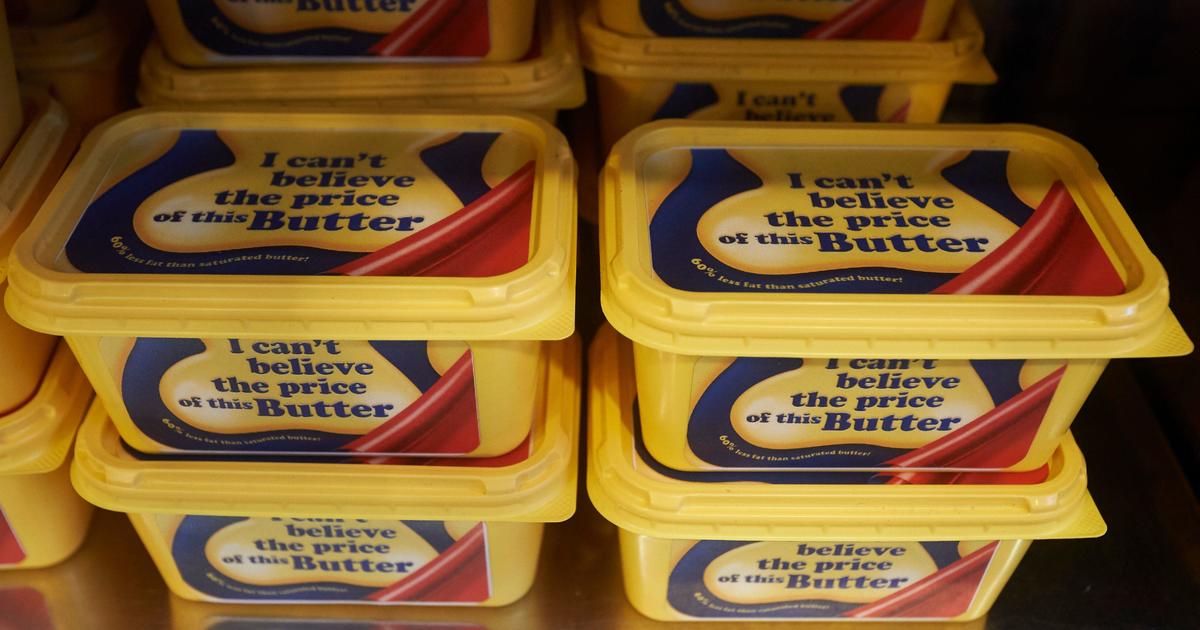 The cost of butter and margarine has skyrocketed over the last year, one of several humble kitchen staples that have surged in price amid the fiercest inflation in 40 years.

As of December margarine prices were up a whopping 44% from a year ago, according to the Consumer Price Index, while butter prices jumped 31% during the same period. The average price of butter soared to $4.81 per pound in December, up from $3.47 a year prior, according to the Federal Reserve Bank of St. Louis.

Margarine producers blame the ongoing Russian invasion of Ukraine for disrupting production of their main ingredients, which are vegetable oils such as sunflower or soybean. Supply issues are also largely responsible for pushing up butter prices.

Many dairy farmers significantly thinned their herds after struggling financially during the coronavirus pandemic, said Peter Vitaliano, chief economist at the National Milk Producers Federation. That has reduced the amount of milk required for making butter.

“It was almost as if dairy farmers had thrown in the towel,” Vitaliano told CBS MoneyWatch. “Basically the cow herds significantly dropped during that same period.”

Most of the remaining milk supply in 2022 went toward producing more cheese, “so butter production was particularly squeezed compared to demand,” Vitaliano said.

Farmers are again looking to expand their cow herds, which should return butter production to more normal levels and see prices begin to decrease in a few months, he predicted.

Food costs have continued to hit Americans hard in recent months, even as prices for other basics, such as gasoline, are falling amid a steady decline in inflation from this summer’s peak. The cost of buying food to cook at home jumped 10.4% in December compared with a year earlier, while during the same period overall inflation rose at an annualized rate of 6.5%, down from 9% in June.

Egg prices have jumped 60% in the past year amid an outbreak of avian flu that has infected 58 million chickens and devastated poultry flocks. Other grocery items that have seen sharp price increases in recent month include lettuce, up 25% in December versus a year ago, while flour and white bread were up 23% and 18%, respectively, according to CPI data.

Vegetable oils — particularly palm, soybean and sunflower — are the main ingredient in margarine. Much of those oils are exported into the U.S. from Ukraine, and its war with Russia has pushed up prices for the commodities.

U.S. demand for margarine in the U.S. has held steady for years “and as supply decreases, as it has, you’re going to see prices go up,” said John Sandbakken, executive director at the National Sunflower Association.

Vegetable oils are also in growing demand for use in renewable diesel fuel, adding to the pressure on prices, Sandbakken said. Meanwhile, South American nations such as Argentina and Brazil have been hammered by a drought recently, reducing their soybean harvests.

“It might be a while, honestly, before prices come down,” Sandbakken told CBS MoneyWatch.

Denial of responsibility! Yours Bulletin is an automatic aggregator of the all world’s media. In each content, the hyperlink to the primary source is specified. All trademarks belong to their rightful owners, all materials to their authors. If you are the owner of the content and do not want us to publish your materials, please contact us by email – [email protected]. The content will be deleted within 24 hours.
Inflation
0
Share

ChatGPT has investors drooling, but can it bring home the bacon?