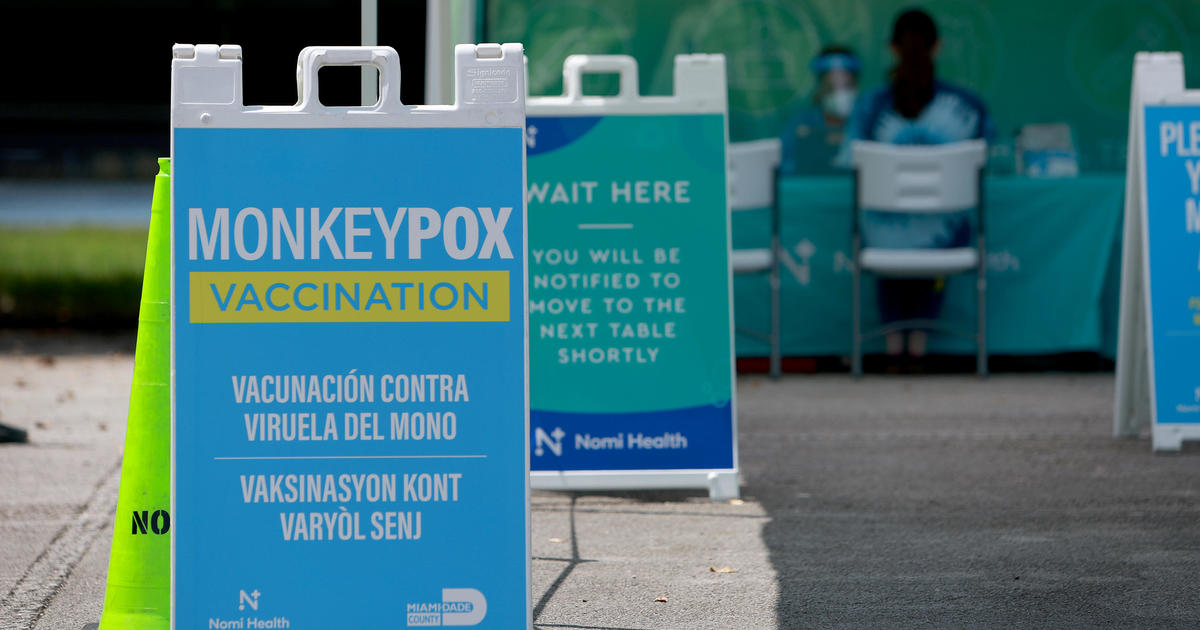 Danish biotech company Bavarian Nordic A/S, the only producer of an FDA-approved monkeypox vaccine, said it is struggling to meet demand for its shots amid the rise in cases of the disease.

Increased demand may force the company to expand its limited manufacturing capacity by outsourcing some of its production, including to facilities in the U.S. Currently, the vaccine is only manufactured at Bavarian Nordic’s Danish facility.

“It’s a very dynamic market situation,” vice president Rolf Sass Sorensen told Bloomberg. “Demand keeps rising and it’s no longer certain that we can continue to meet the demand we’re facing even with the upgrade of our existing manufacturing site in Denmark.”

Bavarian Nordic did not immediately reply to CBS MoneyWatch’s request for comment.

The Danish company had previously said it would produce all of its vaccine doses in the local facility, and that transferring some of its technology to a third party producer would be cumbersome and inefficient, Bloomberg reported.

But monkeypox case numbers are swelling worldwide, leading to a surge in demand for vaccines and treatments.

On August 4, the Biden administration declared monkeypox a public health emergency. Some cities and states including New York, Illinois and California have also declared emergencies to fight outbreaks of the virus.

To date, there have been nearly 12,700 confirmed cases of monkeypox in the U.S., according to the Centers for Disease Control and Prevention. California, Florida, Georgia, Illinois, New York and Texas are among the U.S. states with the largest numbers of cases.

The virus generally spreads through intimate skin-to-skin contact or by coming into contact with contaminated sheets or towels. The “vast majority” of cases in the current outbreak are among men who have sex with men, officials say. Some cases have also been reported in young children as well as pregnant women.

Symptoms include painful lesions as well as fever and swollen lymph nodes. The virus can also be detected by using a CDC lab test.

Bavarian Nordic’s Jynneos vaccine, which was approved in 2019, combats monkeypox using a modified version of the virus that prevents it from replicating.

Federal officials have acknowledged the limited supply of Jynneos and are rationing doses, which are currently available only to known close contacts of people with the virus or others who are likely to have been exposed to the virus.

ONE MILLIONTH plug-in electric car was sold in September