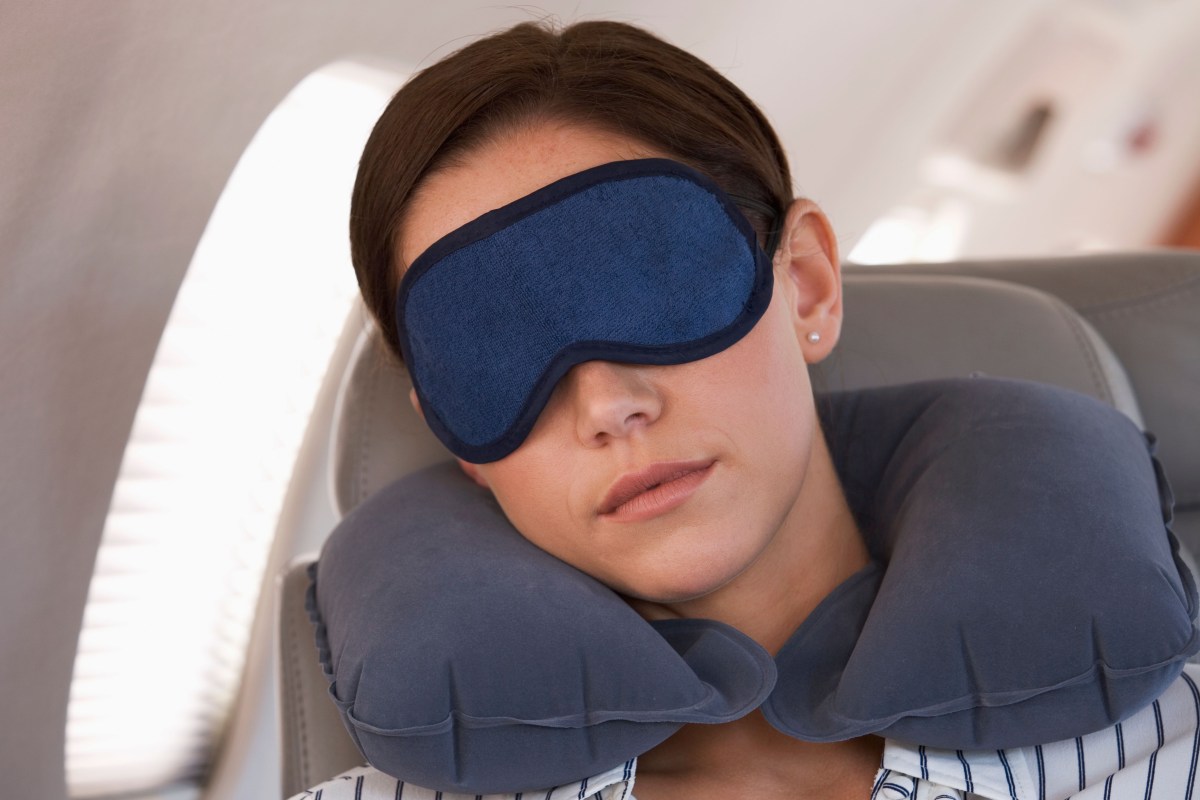 SLEEPING during a flight is pretty difficult for most travellers.

However, flight attendants who have wracked up thousands of air miles have revealed the best way to get some shut-eye.

Bella Sapsworth, who used to be a flight attendant for Emirates, explained how to catch forty winks on long-haul flights.

However, her advice is likely to make you hated by the travellers around you.

She told the Metro: “Recline your seat. You pay for a reclining seat – so use it!”

While most airlines offer reclining seats, the people sitting behind you are likely to be annoyed.

But according to the behaviour expert Judi James, it’s not our fault – we aren’t to blame for our bad behaviour – the airline is.

She told Sun Online Travel: “It is the designer’s fault, because they’ve made the chairs recline.

“This appears to give the airline’s permission for you to recline, so we immediately step outside of etiquette and assume it’s our right to do it – because it’s what this chair does. It is giving us carte blanche to be rude.”

However, you shouldn’t recline your seat all the way, according to health experts – as this isn’t the optimum way to sleep.

Andrew Lawrence, president of the Chiropractors Association of Australia, says the most conducive position for snoozing in economy is only “slightly reclined”.

Andrew told Escape: “As far as the skeleton is concerned, the pelvis – specifically the ischia or the hard bony things we sit on – and the area where the spine and pelvis meet are under the greatest pressure when we’re sitting upright and awake.

“But when we sleep the neck takes the biggest pressure.”

He continued: “The best position for reclining is about halfway, which gives assistance with holding the head in place but doesn’t put too much backward pressure on the hips.”

However, make sure to check before reclining your seat – one passenger was left fuming when his Apple MacBook Pro was destroyed during a flight after the person in front reclined their seat.

Here are some other bizarre sleeping tricks when travelling, including using a neck brace instead of a travel pillow.

And make sure to turn your travel pillow around as you have most likely been wearing it the wrong way.

Ormond Beach Girl Donates $1,000 To Volusia Sheriff and Sheriff’s Foundation for Recovering K-9s Shot On The Job In September

DU, Jamia, AMU to not take up CUET for PG…