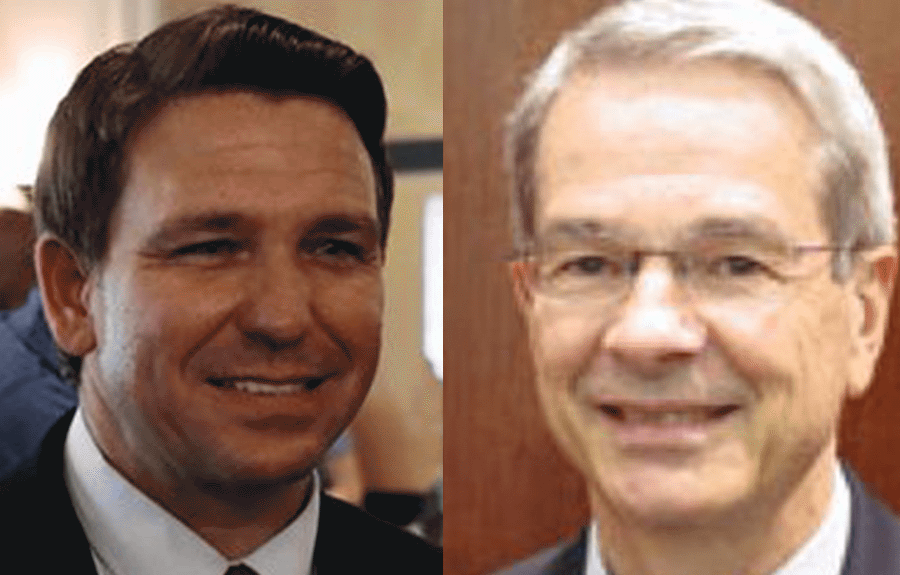 TALLAHASSEE, FL – Florida’s controversial social media law, originally ratified by Governor Ron DeSantis in May, has been blocked by a judge this week on the grounds that it possibly violates the First Amendment, reports say.

Initially, DeSantis had championed the law – SB 7072 – which was meant to “protect free speech online” and “crack down” on social media platforms, prohibiting them from de-platforming Floridian political candidates, limiting when and how regular users can be banned, and demanding transparency about their content moderation practices. Large daily fines and big civil lawsuits were the purported penalties for any violation, but legal experts note that laws of this type would most likely not pass muster if challenged in court.

Judge Robert Hinkle’s preliminary injunction against SB 7072 comes as a lawsuit brought by industry groups NetChoice and the CCIA challenging the law is currently making its way through the legal system. The lawsuit notes that SB 7072 could force social media companies to host offensive speech that runs contrary to their policies, a sentiment that Hinkle appeared to agree with in his order.

“The legislation now at issue was an effort to rein in social-media providers deemed too large and too liberal. Balancing the exchange of ideas among private speakers is not a legitimate governmental interest,” he said.

Hinkle, a Clinton appointed federal judge, also took note of a special exemption in the law that pertains to companies that operate a theme park such as Disney, a clause that the judge said “discriminates on its face among otherwise identical speakers” and presents a “major constitutional issue.”

“The state of Florida has adopted legislation that imposes sweeping requirements on some but not all social-media providers. The legislation applies only to large providers, not otherwise-identical but smaller providers, and explicitly exempts providers under common ownership with any large Florida theme park. The legislation compels providers to host speech that violates their standards — speech they otherwise would not host — and forbids providers from speaking as they otherwise would. The Governor’s signing statement and numerous remarks of legislators show rather clearly that the legislation is viewpoint-based. And parts contravene a federal statute.”

In his ruling, Hinkle referred to Section 230 of the Communications Decency Act, which allows internet providers and websites a large degree of control over what material they host, and does not hold them responsible for content posted by users. In addition, Hinkle noted that the First Amendment allows social media platforms to decide what content they deem acceptable or not and to moderate it at will.

“The state has asserted it is on the side of the First Amendment; the plaintiffs are not,” he said in his order. “It is perhaps a nice sound bite. But the assertion is wholly at odds with accepted constitutional principles.”

According to attorney Charles J. Fisher Esq, of The Fisher Law Firm,

“Many times, a law will be contested and the judge has to decide whether the law violates the State Constitution or The Constitution.  If part or all of it is deemed a violation of one or the other, then the law gets re-introduced in the State Assembly and Senate with conforming changes, or the judicial decision may be appealed. Also, if a State law directly conflicts with a Federal law, the Federal law trumps.”

The Published Reporter will report on the outcome of this lawsuit and the affect upon SB 7072 it could potentially have.

The 10 most important moments in Stranger Things