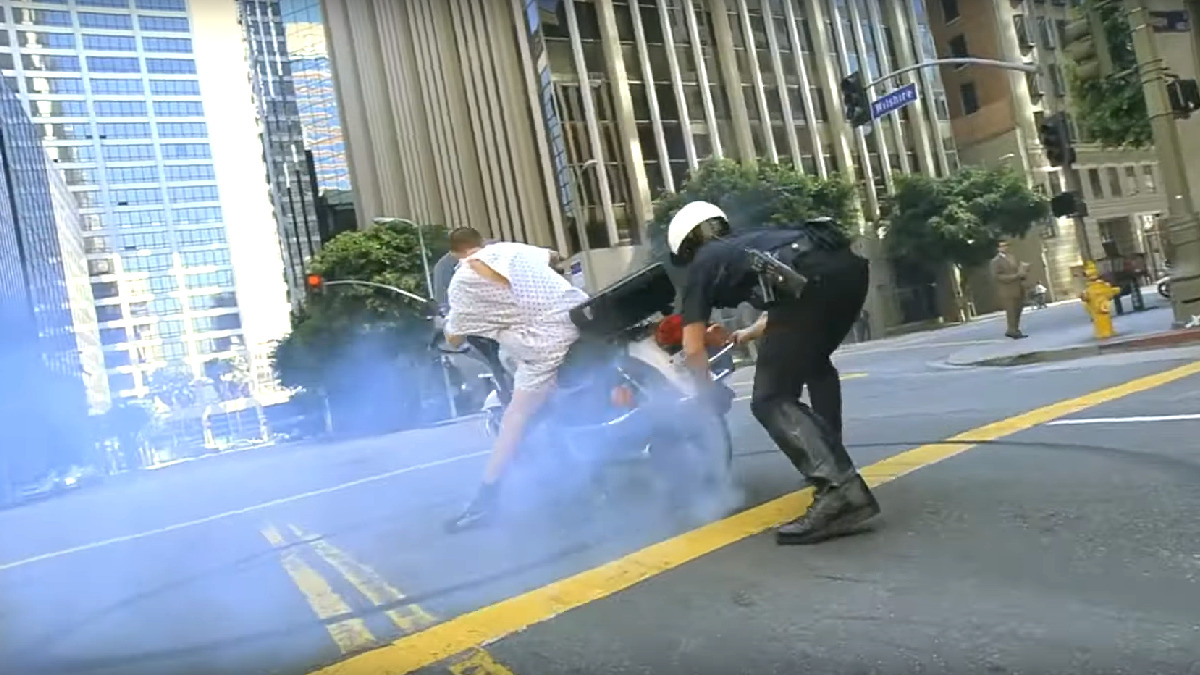 The video game genre has spent the better part of 30 years struggling to maintain consistency and avoid the reputation that console-to-screen adaptations are cursed, and it’s almost ironic that some of the best examples aren’t even based on existing games at all – with the delightfully deranged Crank one of them.

The plot is so simple that it could have been ripped straight out of a side-scrolling beat ’em up, with Jason Statham’s Chev Chelios pre-emptively murdered by slow-acting poison that’s gradually slowing his heart to a stop. In order to combat his impending doom, our deranged hero needs to maintain his adrenaline by any means necessary as he continues leveling up on his way to a showdown against the final boss.

Wreck-it Ralph, Ready Player One, Wargames, Jumanji: Welcome to the Jungle and sequel The Next Level, Gamer, and The Last Starfighter are just some examples of massively entertaining video game adventures that thrived in spite of having no source material to draw on for inspiration, but none of them are even a fraction as unhinged as Crank and its even more insane sequel High Voltage.

The concept alone was enough to guarantee cult classic status, and it remains a travesty that we didn’t get a third installment to bring what would have comfortably been one of the most balls-to-the-wall bonkers trilogies of all-time to a close. As it stands, though, Crank is reaffirming its credentials on streaming, having barreled its way onto the Starz global rankings per FlixPatrol.

Statham replenishing his health and moving his way up the ladder to the final showdown is ripped straight from the quarter-guzzling days of yore, and it rules.

Addresses That Sat Idle for Years Transferred 1,221 Bitcoins Worth $20M Over the Last 4 Days – Bitcoin News