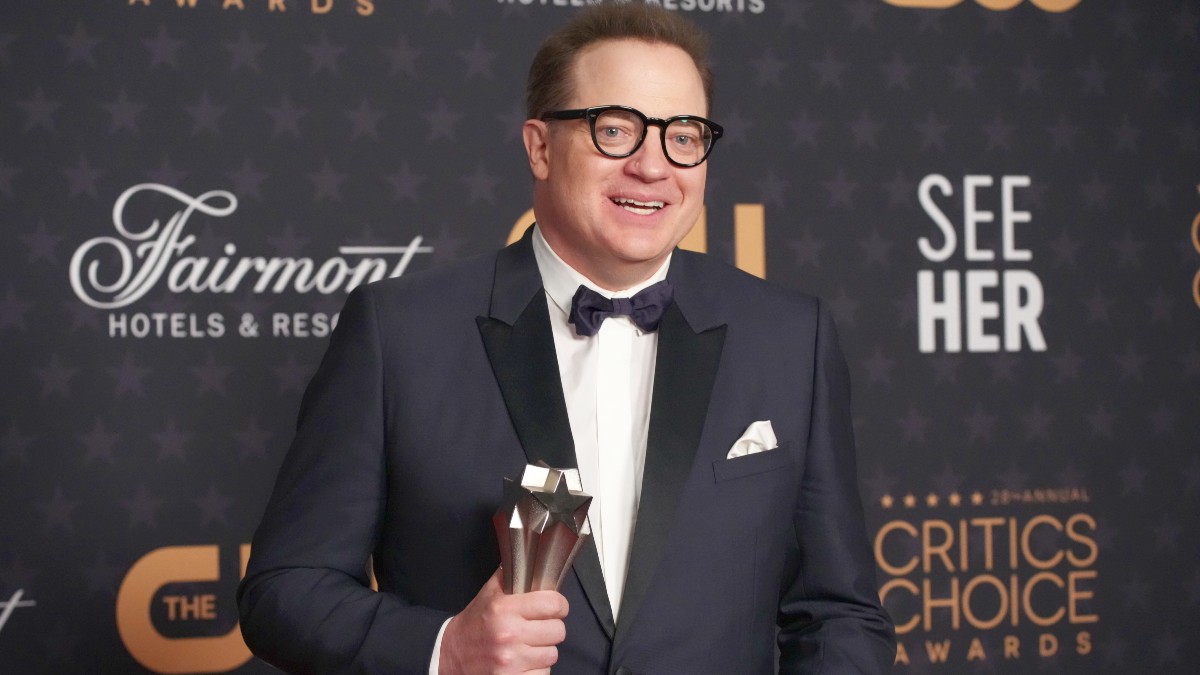 2023 is already shaping up to be the year of Brendan Fraser, and deservedly so. For the public, there isn’t anything more inspiring and heartwarming than a major celebrity comeback, and with his magnetic and emotional turn as Charlie in Darren Aronofsky’s drama The Whale, the beloved actor has been plunged right back into the limelight.

After a series of wins and nominations for his performance, the actor picked up the Critics’ Choice Movie Award for Best Actor last night, and his powerful acceptance speech left many in their feelings.

Fellow winner Angela Bassett announced his win, leading to an immediate eruption of tears from the actor, as well as an outpouring of cheers and a standing ovation from the crowd. Fraser went on to show his love and appreciation for his co-star Sadie Sink, and thank Aronofsky for finding him while he was “in the wilderness.” He ended his speech encouraging anyone out there struggling, either with obesity (like his character in The Whale or anything else), that good things will happen if they get to their feet and “go to the light.”

On social media, fans still can’t get enough of the tearjerker, with many sharing their excitement at seeing the star receiving his flowers.

After a decline in work in the late 2000s and throughout the 2010s amid a series of personal challenges, The Whale is regarded as Fraser’s return to stardom, as it has garnered favorable reviews from critics, with much acclaim going to the actor for his stirring performance.

The Whale follows an obese English teacher who attempts to rekindle his relationship with his teenage daughter. The A24 film also stars Hong Chau, Ty Simpkins, and Samantha Morton. Fraser was also nominated for the Golden Globe for Best Actor in a Motion Picture – Drama, and is a favorite to score an Academy Award nomination as well.

Best Spanish theme parks for a thrilling family holiday – from £313pp, including flights