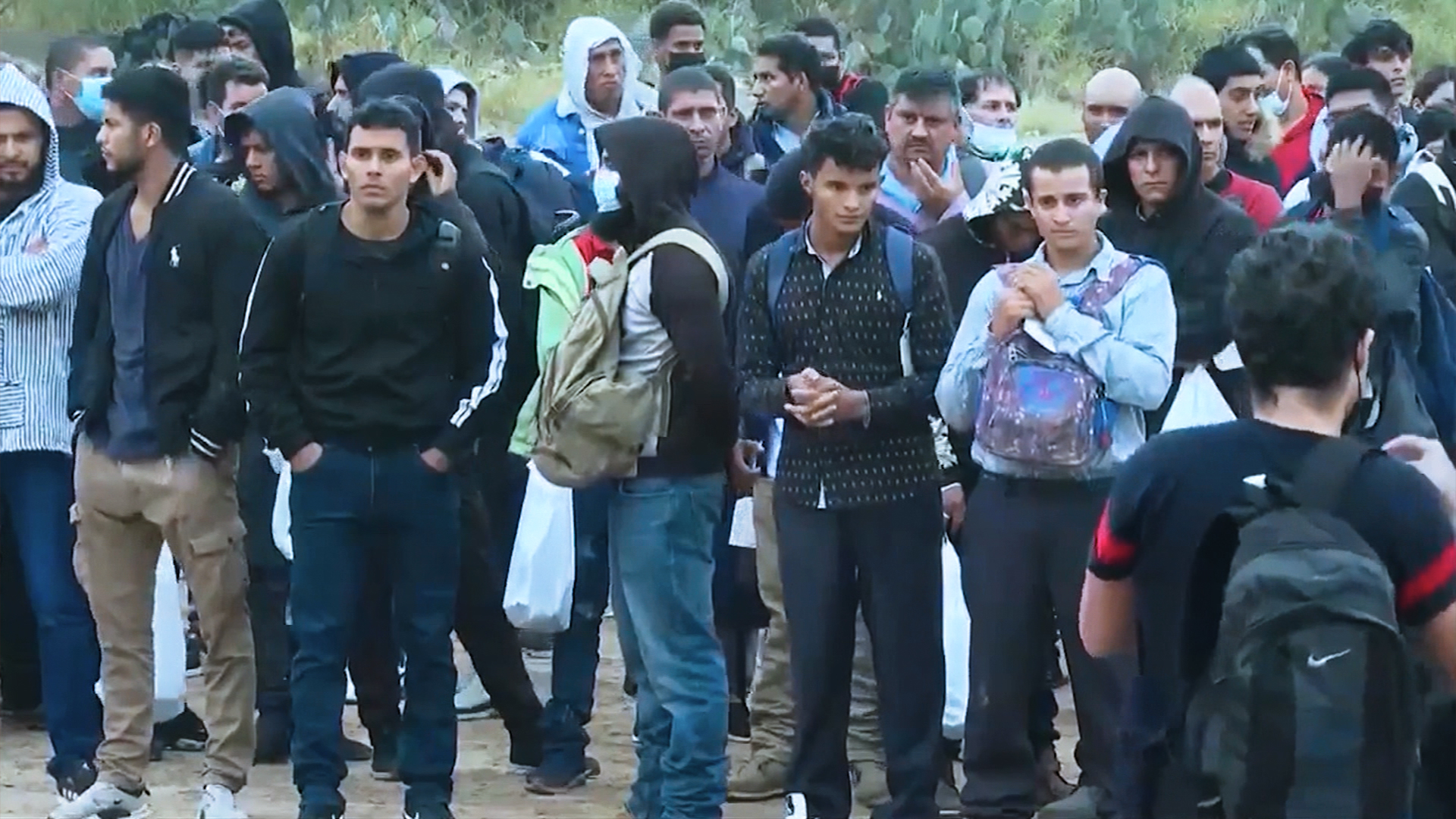 EAGLE PASS, TX – The Rio Grande Valley has long been the number one spot for illegal immigration in the U.S. But the pattern appears to be changing with more popular areas like McAllen, Texas now giving way to more remote areas on the southern border.

It’s a relentless routine night and day as this section of the southern border becomes the new “ground zero” of what many here call President Biden’s border crisis.

Located in Maverick county, with a population of about 30,000, Eagle Pass is one of two major towns in the Del Rio sector. Since 2020, it’s transformed from one of the quietest border stretches to the busiest and is now filled with immigrants who enter America illegally.

What should be a scenic South Texas shoreline looks more like a landfill. Migrants leave behind mountains of clothes, dirty diapers, and other trash when they enter American soil.

“We’ve got people from all over the world coming over. You see them in town. You see them everywhere. There are times in a single day we have 700 people coming over in a large group,” said Mello.

And now they are no longer largely made up of women and children from Central America.

The latest wave includes a record number of single men from Cuba, Venezuela, and Nicaragua who turned themselves in border more than a half million times over the last year.

“I’m trying to get to Miami with my cousins. I don’t know what the future got for me. But I believe in the process. I believe in God,” said one migrant named Charlie from Nicaragua.

Like other migrants entering illegally under current immigration policies, most are processed by agents, brought to a nearby charity to rest, then are free to go.

“We came to complete the American dream. We came to work,” said a man in his twenties from Venezuela who just crossed the river illegally with a large group of other young men.

A massive 153,000-square-foot compound opened this spring in Eagle Pass. It’s designed to move migrants away from the border more quickly and deeper into the U.S.

“What are we telling the third world? Now is the time to come. To suggest they are going to be removed because they came here illegally is a fantasy,” said Rob Vitiello a former Immigration and Customs Enforcement Deputy Director.

The uptick here marks a dramatic shift from traditional Texas migration corridors like the Rio Grande.

“They come to this area because they don’t have to deal with a lot of cartels,” said Lt. Efrain Valdez of the Maverick County Sheriff’s Office.

While an estimated 3,000,000 or more have made it here over the last year by going around official ports of entry.

A growing number don’t survive the last leg of the journey.

The number of migrants who are dying while breaching the US border is skyrocketing, too.

Dozens have already been buried in an already full city county cemetery because there wasn’t enough room to store their bodies at the morgue. Many of their graves are marked with PVC pipes and labeled “John Doe.”

Eagle Pass can no longer keep up with the body count, which is up from about 30 per year to 30-plus a month.

Lt. Valdez must pick up bodies almost every day now. “We’ve set up a freezer for this influx of deceased persons,” he said.

The goal is to eventually identify the bodies and return them to loved ones. The city is also slammed with migrant-related emergencies.

“It’s really put a burden on the people of Eagle Pass. When we use our vehicles, our ambulances, our boats. That’s taxpayers’ money,” said Mello.

“We’ve been responding to calls, break-ins at ranches,” said Valdez.

Concern is also growing about the deadly drugs coming into Eagle Pass and other border communities.

“Mexican cartels know they can operate along the border. We have seized over 400 million lethal doses of Fentanyl along the southern border statewide in Texas,” said Lt. Chris Olivarez of Texas DPS.

That’s enough to kill every American.

Critics claim the Biden administration is turning a blind eye to a problem it created by rolling back Trump-era policies.

“It’s never been this bad. Six to eight thousand people every 24 hours crossing the border. They inherited a border that was experiencing 40-year lows in illegal crossings. We’ve never had a situation where we have an uncontrollable surge on the border and the people responsible for abating it have walked away,” said Vitiello.

Denial of responsibility! Yours Bulletin is an automatic aggregator of the all world’s media. In each content, the hyperlink to the primary source is specified. All trademarks belong to their rightful owners, all materials to their authors. If you are the owner of the content and do not want us to publish your materials, please contact us by email – [email protected]. The content will be deleted within 24 hours.
Texas
0
Share

China Matters releases a short video "What was considered the 'Ivy League' of ancient China?" to tell a British scholar's view

“Fuck Biden,” “Don’t Tread on Me,” and a Wisconsin Death Trip for Our Times

Wakanda Forever’ Deliberately Created A Sense Of Unease Around Namor During…