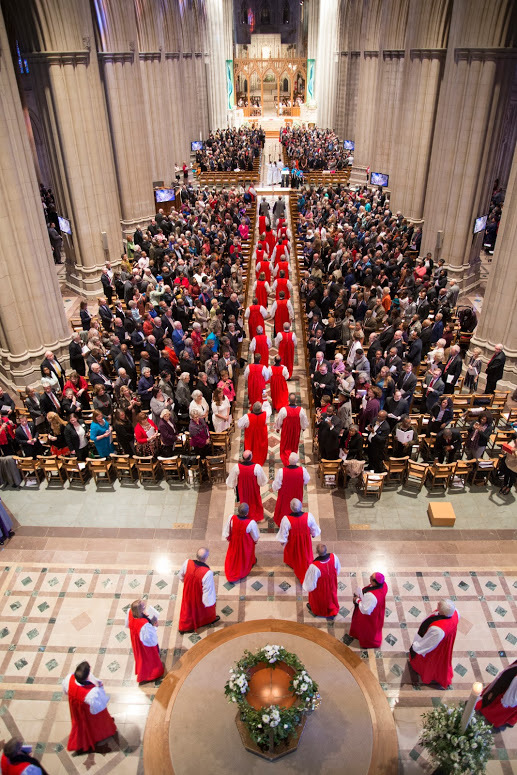 The Episcopal Church continued to suffer declines in membership and worship attendance in 2021, well below pre-COVID-19 pandemic levels, according to recently released statistics.

According to the numbers, the denomination had approximately 1.678 million baptized members, which is nearly 60,000 fewer than the 1.736 million reported for 2020.

The Episcopal Church’s 2021 membership is also nearly 400,000 fewer than it was in 2012, when the mainline Protestant denomination had over 2 million baptized members.

Average Sunday attendance was also in decline, with 2021 reporting approximately 312,000 worship attendees on average, contrasted with around 483,000 in 2020.

The 2021 attendance numbers also sharply contrast with 2019, the last year before the COVID-19 pandemic and subsequent lockdowns played a role in the numbers, which reported over 547,000 in average Sunday attendance.

In announcing the statistics on Nov. 22, the Episcopal News Service pointed out that some of the reported numbers for the denomination still “leave room for optimism.”

“The number of active baptized members, though down by more than 3% for the second straight year, is nearly in line with recent historical trends, showing a more gradual decline that is mirrored by other mainline Protestant denominations,” stated ENS.

“The pandemic, meanwhile, did not halt the ongoing trend of rising pledges. The average Episcopal pledge increased in 2021 to $3,339, and overall plate and pledge income was up more than 3% for the year.”

Jeff Walton of the Institute on Religion & Democracy wrote about the numbers in a recent blog post, noting that “dioceses posting the largest year-over-year membership declines were found across different regions.”

“Across the past decade, only the Diocese of Navajo Missions has reported any increase in membership, with some domestic dioceses reporting declines in that time period of up to 75%,” wrote Walton.

Over the past several years, the Episcopal Church has seen a gradual decline in its members and average worship attendance, which some have argued is due in part to the denomination’s overall progressive theological direction.

For example, when the Episcopal Church ordained Gene Robinson as the first openly gay bishop in the denomination’s history in 2003, scores of congregations left the denomination in protest.

In 2020, the Rev. Dwight Zscheile, an Episcopal priest and professor, warned that, at the current rate of decline, the denomination will effectively cease to exist by the year 2050.

“The overall picture is dire,” said Zscheile, as reported by Church Leaders. “Not one of decline as much as demise within the next generation unless trends change significantly.”

Denial of responsibility! Yours Bulletin is an automatic aggregator of the all world’s media. In each content, the hyperlink to the primary source is specified. All trademarks belong to their rightful owners, all materials to their authors. If you are the owner of the content and do not want us to publish your materials, please contact us by email – [email protected]. The content will be deleted within 24 hours.
covid-19declinedenominationEpiscopal ChurchpandemicWorship
0
Share