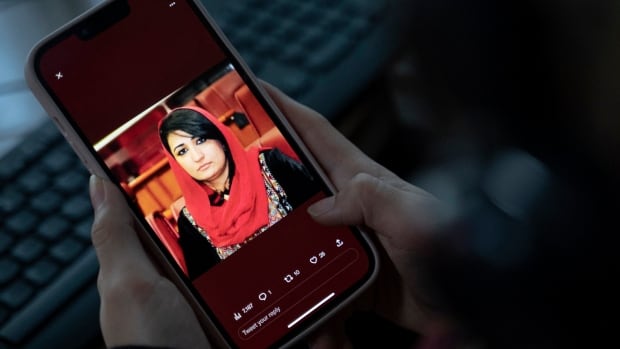 Mursal Nabizada, a former female member of Afghanistan’s parliament, has been killed by unknown gunmen at her home in Kabul, police said.

Nabizada and her guard were shot dead and her brother was injured in an attack on the weekend, police said.

The attack took place overnight on Saturday, police said in a statement issued later, noting that they were not informed until around 7 a.m. on Sunday morning.

“The police and security forces very soon took action and started investigation of the case,” police said in the statement.

There have been no arrests and the investigation is continuing, they said.

This is Mursal Nabizadah. She was a former Member of Parliament in Afghanistan and was shot dead in her home last night in Kabul by armed men, alongside her bodyguards.<br><br>Taliban ruled-Afghanistan is no longer a place for women. For humanity. For life. <a href=”https://t.co/OOjah1xxmb”>pic.twitter.com/OOjah1xxmb</a>

Nabizada had been a lawmaker until the Taliban took over as foreign forces withdrew in 2021, when many politicians fled the country.

“Nabizada stayed in Afghanistan to fight for rights of women and girls,” said Tirana Hassan, the interim executive director at Human Rights Watch.

Karen Decker, the charge d’affaires of the United States’ mission to Afghanistan, based in Qatar, called for the perpetrators to be held accountable.

“Angered, heartbroken by murder of Mursal Nabizada, a tragic loss,” she said.

“I offer Mursal’s family my condolences and hope to see them receive justice for this senseless act.”

Nabizada had been elected as a member of the lower house of parliament in 2018 to represent Kabul, according to local broadcaster Tolo.

The Taliban have said they are focused on making the country secure and encouraging Afghans to return, but several attacks have taken place in recent months, including one at the Ministry of Foreign Affairs last week claimed by Islamic State in which dozens of people were killed or wounded.

In December, one person was killed in a suicide bomb attack near the Kabul office of the Hezb-e-Islami party, while its leader Gulbuddin Hekmatyar, who was Afghanistan’s prime minister in the 1990s, was inside.