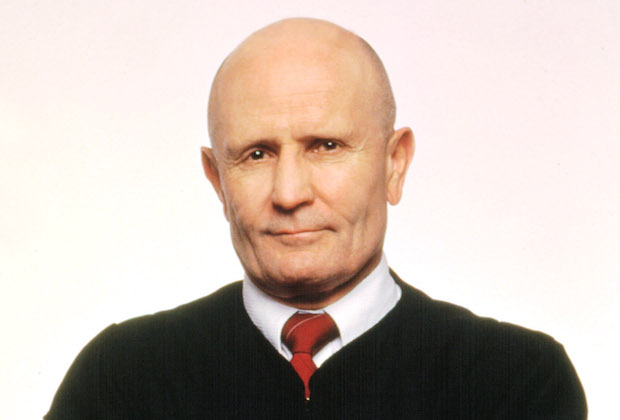 Mills Lane, who parlayed his fame as a boxing referee into his own daytime court show, has died at the age of 85. His son Tommy confirmed the news to the Reno Gazette Journal; Lane suffered a debilitating stroke in 2002 and was in hospice care for the past week.

A boxer in his youth who served in the U.S. Marine Corps, Lane worked as a prosecutor in Nevada, later becoming a district attorney and judge while moonlighting as a boxing referee. Lane oversaw some of the biggest heavyweight fights of the ’80s and ’90s, including the infamous 1997 title bout between Mike Tyson and Evander Holyfield where Tyson bit off Holyfield’s ear, forcing Lane to disqualify him. Lane’s usual pre-fight instruction “Let’s get it on!” became a catchphrase.

In 1998, Lane hit the small screen as the star of the syndicated courtroom show Judge Mills Lane, deciding real-life cases with his judicial expertise and hard-nosed demeanor. (Before each case, he told the litigants, “Let’s get it on!”) The series ran for three years, ending in 2001, and continued on in reruns after that. Lane also appeared as himself in the MTV animated series Celebrity Deathmatch, along with sitcom cameos on Norm and Inside Schwartz.