Phillies release pair of veterans as they pass through waivers, outright pitcher to Triple-A 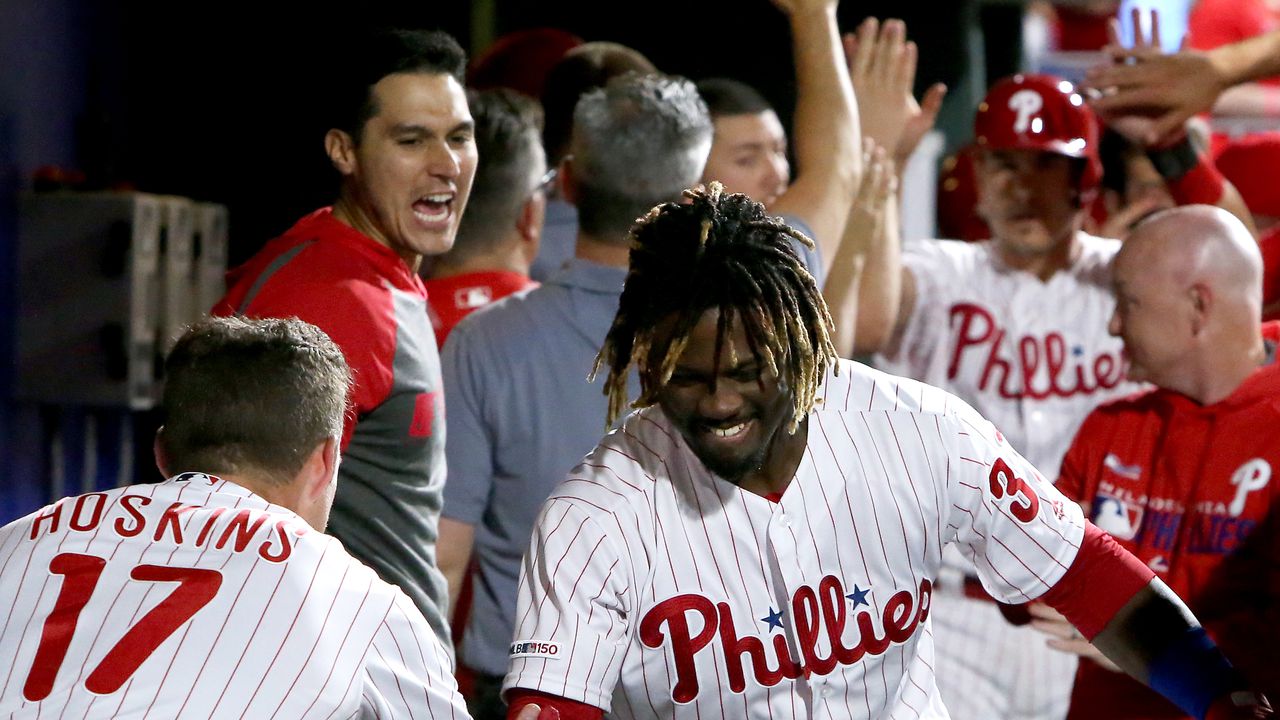 PHILADELPHIA – Outfielder Odubel Herrera and pitcher Jeurys Familia were handed their release by the Phillies on Saturday after no team claimed them on waivers.

The veteran players – both who had struggled this season – were designated for assignment on Tuesday when the Phillies made a flurry of deadline deals, acquiring reliever David Robertson, starting pitcher Noah Syndergaard and outfielder Brandon Marsh.

Herrera made his major-league debut with the Phillies in 2015 and was an all-star the next season. He hit .281 in 2017 and was respectable the following year, batting .255 with 22 home runs, but a domestic violence charge and subsequent suspension knocked him out for most of 2019 and he wasn’t part of the extended roster in the COVID year of 2020.

The right-hander signed a one-year, $6-million contract with the Phillies after going 9-4 with a 3.94 ERA last season but struggled to a 6.09 ERA in Philadelphia. In one of his last outings, he was brought in to protect and six-run lead in Pittsburgh and gave up five runs while recording just one out.

The Phillies also out-righted Ryan Sherriff to Triple-A Lehigh Valley Saturday. He had been designated for assignment on Monday after his 60-day rehab concluded. The 32-year-old left-hander posted a 2.51 ERA over three minor-league levels this year.

• GETTING A LOOK AT THE NEW GUY: Edmundo Sosa was the first trade deadline acquisition for the Phillies when he was acquired from St. Louis for JoJo Romero on July 30 but he’s been mostly a cheerleader.

Sosa has appeared in two games with one at-bat, but that will change Saturday as he starts his first game with the Phillies at third base with a left-hander, Patrick Corbin, on the mound for the Washington Nationals.

“I’m kind of excited to see Sosa for sure, get a look at him,” said Phillies manager Rob Thomson. “We’ll get him at shortstop one of these days too because he’s a high-end defender at shortstop.

“You try to juggle around as much you can and make sure they don’t go too many days without a start, keep him going. (Phillies starter) Ranger Suarez gets a lot of pull-side ground balls and they have a lot of right-handers. We saw him play third in the St. Louis series. He has a lot of agility and quickness.”

• EFLIN UPDATE: Starting pitcher Zach Eflin, who is on the 60-day injured list with a sore knee, threw an up-and-down Friday and is still in evaluation mode, according to Thomson.

The Phillies acquired Syndergaard to essentially replace Eflin as they didn’t know if he would return. If the right-hander does come back, he might have to become a bullpen piece.

“Well, we’ll see when we get to that point, see how everybody else is performing and just play it by ear,” said Thomson. “But there’s nothing wrong with having six starters going down the stretch. I hope that we get that, not that we’d do that but I’ve seen it done before.”

• 1980 HONORS: The Phillies will induct outfielder Bake McBride and reliever Ron Reed in their Wall of Fame on Saturday night. Both were members of the Phillies’ first World Series-winning team in 1980. The entire 1980 team – including Pete Rose, who is banned from baseball for gambling – will be honored prior to Sunday’s game.

Bill Evans can be reached at [email protected]. Thank you for relying on us to provide the journalism you can trust. Please consider supporting NJ.com with a subscription.

Jeremy Paxman’s most memorable reactions as…