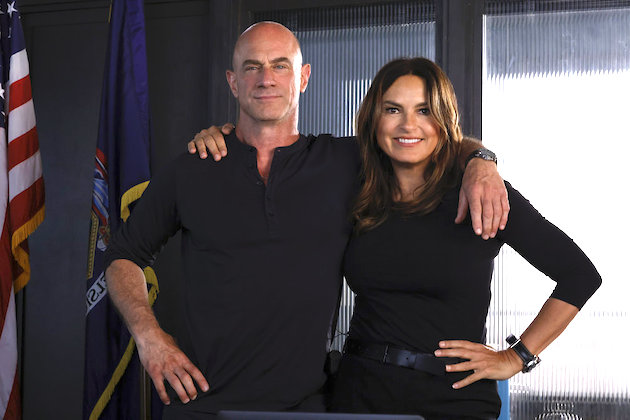 The good people who craft NBC’s promos know what they’re doing, and we’ve all been burned by a slick “Next on…” misdirect before. But as Thursday’s Law & Order: SVU approaches (NBC, 9/8c), we just can’t get the episode’s preview out of our heads.

You know, that tease. The clip that ran after last week’s episode. The one that shows us Mariska Hargitay’s Capt. Olivia Benson and Chris Meloni’s Det. Elliot Stabler perhaps — perhaps! — forging new territory in their complicated, decades-long relationship. The one about which Meloni recently was grilled on Today. (His response? “I want my lawyer.”)

So before Liv and El get close — or don’t! — in this week’s episode, we thought you might want to reminisce about how Benson and Stabler got to this point. Care to take a perp walk down memory lane with us?

(Side note: We’re aware that a vocal faction of SVU viewers do not want former law-enforcement partners Stabler and Benson to be anything more than platonic friends and occasional co-workers. And that’s cool! This post is very much not for you. Instead, may we interest you in a look at the pair’s first, absolutely-not-romantic outing, way back in the procedural’s pilot?)

Scroll down as we touch on the highlights of their relationship, with a focus on what’s transpired since Stabler came back to New York/Meloni returned to the franchise/Law & Order: Organized Crime premiered. Then hit the comments with your thoughts on the situation!

Bunzz To Expand Its Smart Contract Hub Following Its $4.5 Million Seed Round