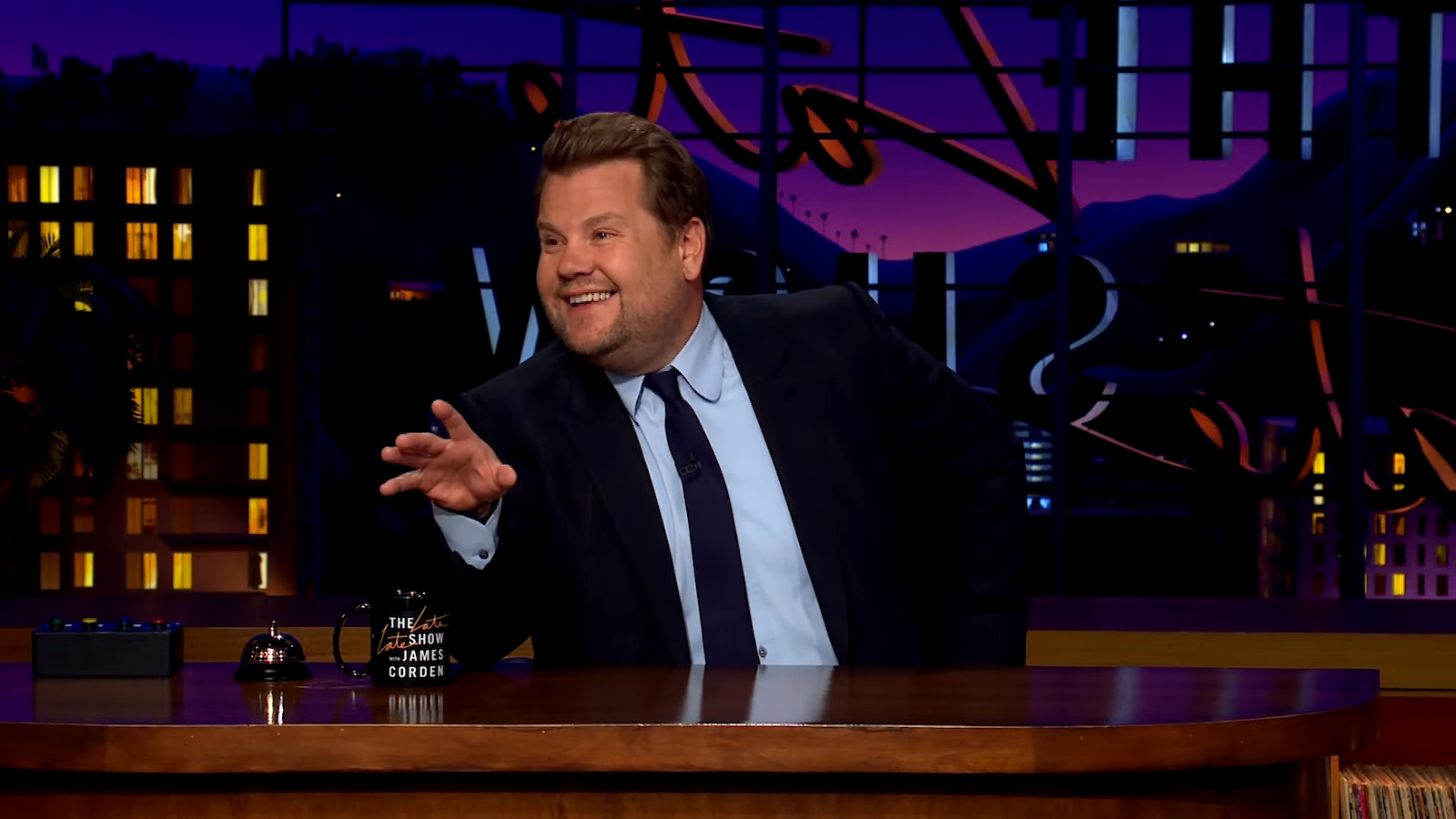 Be warned, dear reader. Don’t read this article if you are easily offended by dirty words because there is one that will be quoted frequently, though some people don’t even necessarily see it as a dirty word.

Last night on the The Late Late Show with James Corden, the staff could not stop trying out a two-word joke that just keeps on getting funnier.

At the end of Corden’s initial segment of the show, where he speaks to his band and staff then gets into telling the news, the late night host told a joke about Toyota, which the show had just signed on as a sponsor.

The joke, which is not the one noted in the headline of this article, was the punchline to an actual story wherein a urologist lost electricity in his clinic while he was performing a vasectomy on a patient. In order to finish the vasectomy, he used his electric truck outside to feed power back into the clinic. Corden said that Toyota’s new ads will now say, “Introducing the new Toyota Tundra with maximum vasectomy power.”

Corden immediately looked at Nick Bernstein, CBS Senior Vice President of Late Night Programming. Bernstein is always in attendance at the show and Corden spoke proudly of himself about having another joke where he snuck in their new sponsor except Bernstein responded sarcastically by saying, “I’m sure they’ll love being associated with a vasectomy joke.”

Corden then laughed at Toyota’s slogan being, “Let’s go places,” suggesting that if it’s an automobile then obviously you want to go places. Bernstein suggested not telling such jokes about the new sponsor. That’s when Tim Young, The Late Late Show guitarist, came to the rescue and told a quick joke about Ford automobiles.

That’s when everyone chimed in and laughter ensued (which you can view at about the 9-minute mark of the video), to the concern of VP Nick Bernstein.

What Did Cameron Diaz Say About Peeing in Her Pool?

Best cities for vegans and vegetarians in 2022

Hertz ties up with BP for EV chargers in North…