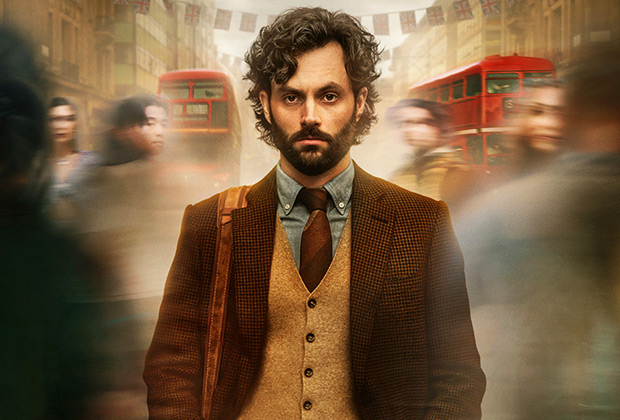 Netflix is giving YOU — both the show and you as a person — something to be thankful for today.

As previously reported, the show’s fourth season relocates Joe Goldberg to London, where he adopts a new moniker — Professor Jonathan Moore — and finds himself unreasonably infatuated with yet another pretty woman, an art gallery director named Kate (played by Charlotte Ritchie). Don’t worry, we’ll still be seeing his librarian lover Marienne (Tati Gabrielle), but like most things in Joe/Jonathan’s life, that relationship also becomes more… complicated.

“Every season of the show is new place, a new conversation about love with a lowercase L,” showrunner Sera Gamble told TVLine at the end of Season 3. “I would be excited to do a European season. I think that would be so fun. One of the questions we always ask on this show is, What pool of privileged douchebags do we want to throw Joe into next? And there are a lot of untapped pools around the world, if you just leave the borders of the United States.”

Your hopes for Season 4 of YOU? Drop ’em in a comment below.

CPA Australia supports the World Congress of Accountants in India

No Suspect in Sabotage of NC Power Infrastructure, DHS Warns of Potential Attacks…

Vape giant Juul to pay $438.5M to N.J., other states over allegations it marketed to…

Bank of America CEO Brian Moynihan on how he plans…

How to charge Beats Studio Buds