Harry Potter and the retconning of Dumbledore: It’s no longer about the story 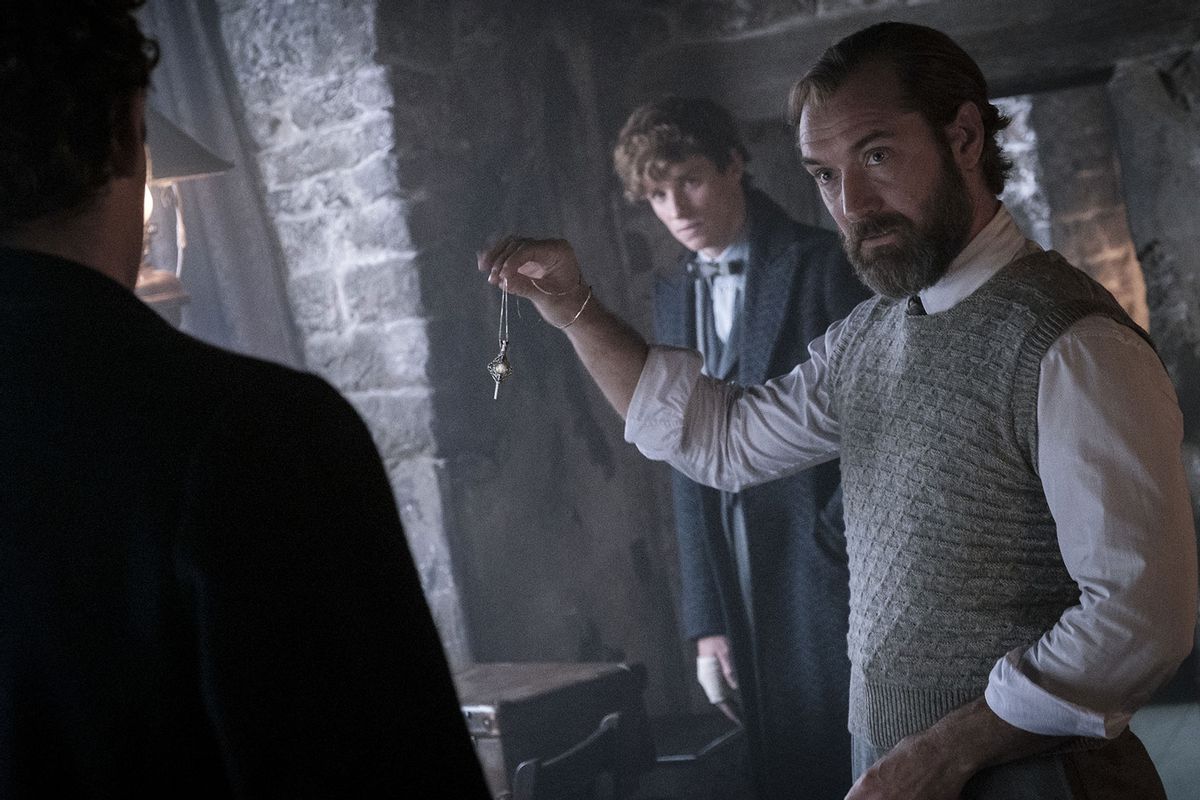 I first read “Harry Potter” in college, after my friend was clued into the series, years after their first publication, by the children she babysat. In those days, we saved the hefty books for school vacations, something to look forward to after finals and term papers were turned in, some actual reading for pleasure. And as English majors, what mostly alarmed us then were all the adverbs author J.K. Rowling used. So many adverbs.

It gave us pause, made things awkward when our professors criticized the books, but we kept reading. It was about the story after all.

When I had a child of my own, I couldn’t really interest him in the boy wizard series, despite multiple attempts. And then Rowling, in increasingly bizarre statements, revealed the kind of person she is, not the kind whose work I can support. But even before the writer made her vehement anti-trans stance known, she said statements that not only distract from the story, they undermine its magic and call into question her intent.

In an appearance at Carnegie Hall in 2007, when asked if Albus Dumbledore, the wizard headmaster and hero Harry Potter’s confidant, ever fell in love — despite championing love, he’s alone in the story, partnerless — Rowling said: “I always thought of Dumbledore as gay.”

It could no longer be about just the story, but an attempt to cash in on an identity retroactively.

That line apparently brought the audience to their feet in a standing ovation. But Rowling didn’t exactly answer the question. You can be gay and find love (Did the writer know that?), even late in life, even requited love, unlike the long-suffering, tumultuous feelings Rowling then said Dumbledore had for bad boy wizard friend Gellert Grindelwald.

Dumbledore’s queerness was a surprise. Not an unwelcome one. It was only . . .  it didn’t seem to be in the text, all thick, seven volumes of it. But then Rowling said something that called her motives into question: “If I’d known it would make you so happy, I would have announced it years ago!”

It could no longer be about just the story, but an attempt to cash in on an identity retroactively, to retcon Dumbledore.

Retconning is an abbreviation for the phrase “retroactive continuity.” As Merriam-Webster describes it, “Retcon has had a busy life for such a young word,” — it was added to Merriam-Webster’s dictionary only in 2021 — including its “change from a noun to a verb, and move from the jargon-filled chat rooms of the Internet to general parlance.” In general parlance, to retcon is to alter a previously established fictional narrative, after the fact of its publication or release.

A term that first gained prominence in comic book circles in the 1980s, examples of retconning can be found much earlier: when Sherlock Holmes falls to his death in “The Final Problem,” for example — but it turns out, he wasn’t dead after all. Dead but not really dead is a big retcon. See: Emperor Palpatine, Professor X, multiple deaths in the “Fast and Furious” franchise.

Unfortunately, Rowling did not resurrect Dumbledore or Severus Snape in her retconning, but instead, tweeted out that Nagini, the giant snake in the Harry Potter universe, comes from the Indonesian myth of Naga. Indian writer Amish Tripathi corrected her that Naga is a story of Indian origin. Rowling was reacting to criticism of the film casting of an Asian actor to play Nagini in her human form, a subservient role of exoticism the Harvard Crimson derided as “dumping several Hollywood-produced Orientalist stereotypes into a cauldron and stirring them.”

In a “nobody asked for this ever” retcon, Rowling also revealed how wizards used to go to the bathroom. If you don’t know yet, spare yourself.

And then there is Dumbledore’s queerness. Entertainment Weekly wrote of the author’s “long history of discussing — but not depicting – Dumbledore’s sexuality.” Writing in 2019, Devan Coggan argued: “Despite all that discussion and several years of new films, Rowling still has yet to confirm the wizard’s orientation in a book or on screen.”

If the “Harry Potter” books do at all depict the wizard’s queerness, it’s a shallow, antiquated and dangerous idea of who queer people are.

The new movie: “Fantastic Beasts: The Secrets of Dumbledore” attempts to rectify that silence. Is it too little too late?

Unlike the previous “Fantastic Beasts” films, young Dumbledore (Jude Law) talks directly, albeit briefly in moments that feel awkwardly inserted, about being in love with Grindelwald “with lines like “Because I was in love with you,” and “The summer Gellert and I fell in love.” It’s still not much,” Dan Selcke argues, “but better late than never.”

The lines do have the feel of being small patches on a sinking ship. So much has distracted from the latest “Fantastic Beasts” movie. So many scandals, including one of its stars Ezra Miller arrested for disorderly conduct after a previous star, Johnny Depp, already came under scrutiny for abuse allegations and was replaced by Mads Mikkelsen. And who can forget Vladimir Putin coming to Rowling’s defense?

It’s hard not to read too much into the title of the “Fantastic Beasts” film. Is one of “The Secrets of Dumbledore” Dumbledore’s sexuality? It shouldn’t be – and that’s the problem.

If the “Harry Potter” books do at all depict the wizard’s queerness, it’s a shallow, antiquated and dangerous idea of who queer people are. The confirmed bachelor who never marries. Who is a non-romantic being and never finds or even searches for happiness in a loving partner. Or even dates. He’s a safe, non-threatening idea of what a gay person is, the gay best friend trope, headmaster-style.

The books are set in a contemporary timeline. There’s no reason for Dumbledore to hide himself away forever, except for the homophobia of his author. And before you argue, as Lev Grossman did in Time, that readers don’t get a glimpse of any of the Hogwarts professors’ romantic lives, we do. Professor Snape’s love for Lily, Harry Potter’s mother, is a driving force of his character and of the very story itself.

In a climate where queer people cannot tell their own stories, where books with queer characters are banned every day, and trans authors and children face legislature meant to strip them of their humanity and end their lives, the queerness of Dumbledore feels hollow, disingenuous. There are so many queer stories to tell — why this one, where an old man stays closeted and dies alone? Why give credit to this retcon, whose author wants queerness her way, tacked-on, safe, with no regard for the threatened lives of her queer readers?