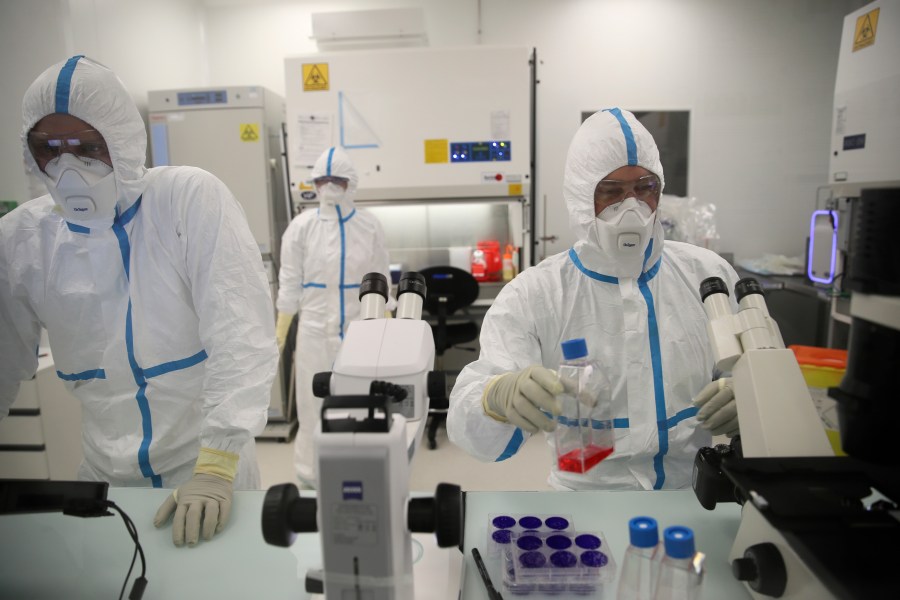 LONDON (AP) — The European Medicines Agency said Thursday it is recommending the authorization of the coronavirus vaccine made by French pharmaceutical Valneva, making it the sixth shot given the green light in Europe.

The EU drug regulator said in a statement that it had cleared Valneva’s two-dose vaccine for people aged 18 to 50. The main study used to assess Valneva’s vaccine was research in about 3,000 people aged 30 and over; scientists compared it to the AstraZeneca COVID-19 vaccine.

Still, the EMA said there were limited data on how effective Valneva’s vaccine might be against the virus’ omicron variant and its subvariants, which are currently fueling surges of cases across Europe. The EMA said the side effects from Valneva’s shot were mostly mild, including aches, nausea and tiredness.

Valneva’s vaccine is made using the same technology used for flu and polio shots. It uses a killed version of the COVID-19 virus, which primes the body to make antibodies against it. The vaccine also contains adjuvants, or ingredients to boost the immune response.

Last year, the British government canceled an agreement to buy 100 million doses from Valneva partly because it was clear the company’s COVID-19 shot wouldn’t be approved by British regulators, according to the health secretary.

Britain was an early backer of the Valneva project, agreeing to invest millions of pounds in a production facility in Scotland as part of a deal announced last September. As part of the contract, the U.K. had agreed to buy 100 million doses of the vaccine, with options for another 90 million.

Despite the government’s cancelation of the agreement, Britain’s Medicines and Healthcare Regulatory Agency authorized Valneva in April, becoming the first in the world to OK the vaccine.

“Free” screening? Know your rights to get no-cost care

Toyota Hyryder SUV Teased In India With A Hybrid…

Fruits Basket Prelude review: A fitting coda to a…

In the Black Fantastic review: Unlikely be a…