How does legalization look in each state? 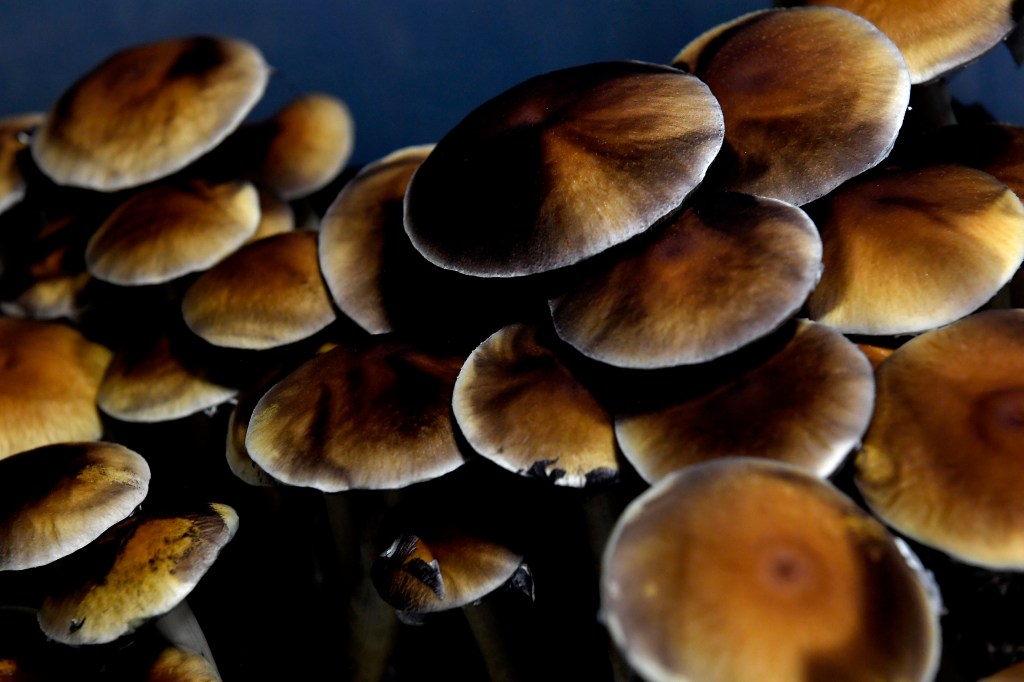 If Oregon’s experience as the first-ever state to legalize psilocybin is any indication, Colorado is in for a long, strange trip as it moves to set up its own legal industry.

Enthusiasm about psychedelics among the general public has been growing in recent years, as clinical studies have yielded promising results in psilocybin’s ability to treat post-traumatic stress disorder, severe depression and other ailments. Still, legalization in Oregon in 2020 and in Colorado last month passed narrowly — with 56% and 54% support, respectively — proving residents have mixed feelings about setting up a regulated industry around the federally controlled substance found in “magic mushrooms.”

Backlash among Oregonians was so swift, in fact, that during the recent midterm election, voters in dozens of counties and cities decided to ban psilocybin services and manufacturers. Some of those bans are temporary, but ultimately they inform where the nascent industry will take root.

“It’s complex,” said Angela Allbee, who works as Oregon’s Psilocybin Services Section Manager for the Oregon Health Authority (OHA). “We know this is a huge responsibility, so we’re really trying hard to educate communities around the state and others that are interested.”

The OHA’s process of building a new psilocybin industry from scratch started slowly. It took several months to first get the legislature to allocate funds for a department that would handle psilocybin-related regulations and implementation, and hire staff. The governor then appointed an advisory board to guide the agency, which began convening in March 2021.

Throughout 2022, the authority worked through logistical components, such as ensuring prospective licensees can apply online, developing a training curriculum and compliance standards, and building a system that tracks psilocybin mushrooms from spore to sale.

Statutorily, Oregon’s advisory board had until June 30 to make its recommendations. The OHA then sought public comment through November and will adopt its final rules by Dec. 30.

Allbee’s work has not been without challenges. Many Oregonians think psilocybin will follow the cannabis model and be for sale at dispensaries, though that is not the case. Establishing a psilocybin business is also expected to be expensive, she said, as there are additional costs and considerations that go along with handling a scheduled substance. And because OHA is funded through the state legislature, the agency does not have additional funds to assist licensees.

Oregon’s first would-be licensees will get their first chance to apply for a license on Jan. 2.

Colorado will have a similar, years-long run-up period. Proposition 122 tasks the state Department of Regulatory Agencies (DORA) with developing regulations for the new psychedelics industry, including licensing criteria for facilitators, treatment centers and ancillary businesses that manufacture and transport psilocybin and psilocin.

The agency is also responsible for nailing down specifics around psychedelic therapy, including processes in preparation for, during and after a session; what constitutes proper supervision during a session and safe transportation thereafter; and psilocybin testing standards and requirements, among other provisions.

DORA will also develop rules for how healing centers operate, from recordkeeping and security requirements to guardrails on who can operate these centers. For example, Proposition 122 prohibits an individual from having a financial interest in more than five healing centers and asks DORA to clarify permissible financial relationships between licensees and other entities.

The agency must also figure out ways to make the new program equitable and inclusive through efforts like reducing fees for training and licensure, and incentivizing care for low-income individuals.

The text of the measure includes several key deadlines that set the stage for a late 2024 or early 2025 rollout. The first is Jan. 31, 2023, by which time Gov. Jared Polis should have appointed a 15-person Natural Medicine Advisory Board to help DORA create and implement rules for the new industry. Applications to join the board are now open at colorado.gov.

Prop 122 dictates DORA adopt rules regarding facilitator qualifications, education and training by Jan. 1, 2024, before it begins accepting applications for licensure by no later than Sept. 30, 2024. That’s also the date by when the statute says DORA should adopt the rest of the industry rules.

Over the next six months, DORA plans to focus on engaging stakeholders while it awaits recommendations from the board, said spokesperson Katie O’Donnell. DORA has also consulted with the Oregon Health Authority (OHA) for insight, she added.

No opting out of psychedelic services

There is one notable difference between the two states. Oregon’s law allows the residents of each city and county to ban psilocybin manufacturing and therapy services if they so choose — and many have done so, or are in the process of doing so — while Colorado’s doesn’t.

“My county voted to prohibit sales… Three of our cities also voted the same way,” said Kelly Simmelink, a commissioner in Jefferson County, Oregon, a rural area south and east of Portland. “I believe this treatment will be found to be very useful, but it should be administered by professionals, not just someone who gets licensed to sell a product.”

Reached by email, several Oregon county commissioners pointed to a second law that voters approved there in 2020, Measure 110, which soured their stance. It removed criminal penalties for low-level drug possession, meaning that offenders receive citations akin to traffic tickets for possessing substances including LSD, methamphetamine, heroin and oxycodone.

Colorado’s measure, too, includes a decriminalization component: individuals will no longer be arrested or criminally prosecuted for growing, using or sharing a “personal amount” of five psychedelics – psilocybin, psilocin, ibogaine, mescaline, and dimethyltryptamine (DMT).

Oregon’s measure sought to steer people toward addiction recovery treatment instead of the criminal justice system, even reducing felony drug possession charges to misdemeanors. But according to Oregon Public Broadcasting, the ticketing system so far has failed. Most of the more than 3,100 tickets issued through August were ignored and fewer than 200 people who received violations had called a new hotline seeking treatment, the network reported.

“The legalization of federally prohibited drugs in Oregon has had negative impacts on our quality of life that were not completely foreseen when passed. The majority of voters in Linn County Oregon concluded that the legalization of psilocybin mushrooms would not be any different,” Linn County Commissioner Roger Nyquist said. “We have no confidence that the state of Oregon could or would successfully manage the regulation and oversight of the product.”

As of November, 25 of the 36 counties in Oregon, as well as several cities, had voted to ban psilocybin manufacturing and services. Nevertheless, many of Oregon’s most populated areas rejected bans, meaning about 2.9 million residents will gain access to psychedelic treatment, according to the Healing Advocacy Fund, which backed the legalization initiative in 2020.

That kind of response was one reason the campaign behind Colorado’s Proposition 122 included language in prohibiting municipalities from banning psychedelic “healing centers.”

“We didn’t feel it was fair or equitable to force people to cross county lines for this service, especially for people in hospice or palliative care,” proponent Kevin Matthews said. “We thought people all over the state should be able to access these services where they live.”

Colorado’s law does give local officials control of locations and the hours these centers can be open, however, Matthews is quick to note. The framework also enables existing healthcare centers, such as hospitals and hospice providers, to integrate psilocybin services.

Critics of Prop 122, like Luke Niforatos, CEO of Protect Colorado’s Kids campaign, believe that the inability to ban psychedelics sends the wrong message to the state’s youth, who may now be exposed to advertising for psychedelic therapy. Niforatos also worries that people will move medical treatment decisions outside the traditional healthcare system.

“In my mind, we are looking at Elizabeth Holmes and Theranos-style medicine versus scientists and medical doctors handling our medicine,” Niforatos said. “We know from looking at other drug industries when kids see a prevalence of stores and ads, that has an impact on their favorable perception of these drugs, and that concerns me as a parent.”

Experts, however, believe Colorado and Oregon are the first dominoes in an inevitable shift toward embracing psychedelic medicines and dismantling Richard Nixon’s war on drugs. Rick Doblin, founder and executive director of the Multidisciplinary Association for Psychedelic Studies (MAPS), has been researching psychedelic-assisted therapy since the 1970s — before MDMA, a psychedelic substance commonly known as ecstasy, was illegal.

In November, his organization finished its second Phase 3 trial using MDMA to treat PTSD, a project it started in the early 2000s. Doblin expects the Food and Drug Administration to approve MDMA for medicinal use by mid-2024, paving the way for an ever-growing stream of psychedelic therapies to treat a continually expanding range of conditions. Within the next decade, he anticipates thousands of psychedelic clinics and widespread legalization coming down the pike.

“Colorado is one of the pioneering states, and how things are going to develop with the natural plant medicine is very important,” Doblin said, adding MAPS plans to assist the state with peer support and harm reduction training. “We really want to look at Colorado as a bellwether state for the rest of the country – also Oregon – and see, how do we do the public education and the training to make it so population-wide knows how to handle these things?”

Subscribe to bi-weekly newsletter to get health news sent straight to your inbox.