I talk to my elementary aged kids about alcohol. Experts say you should, too 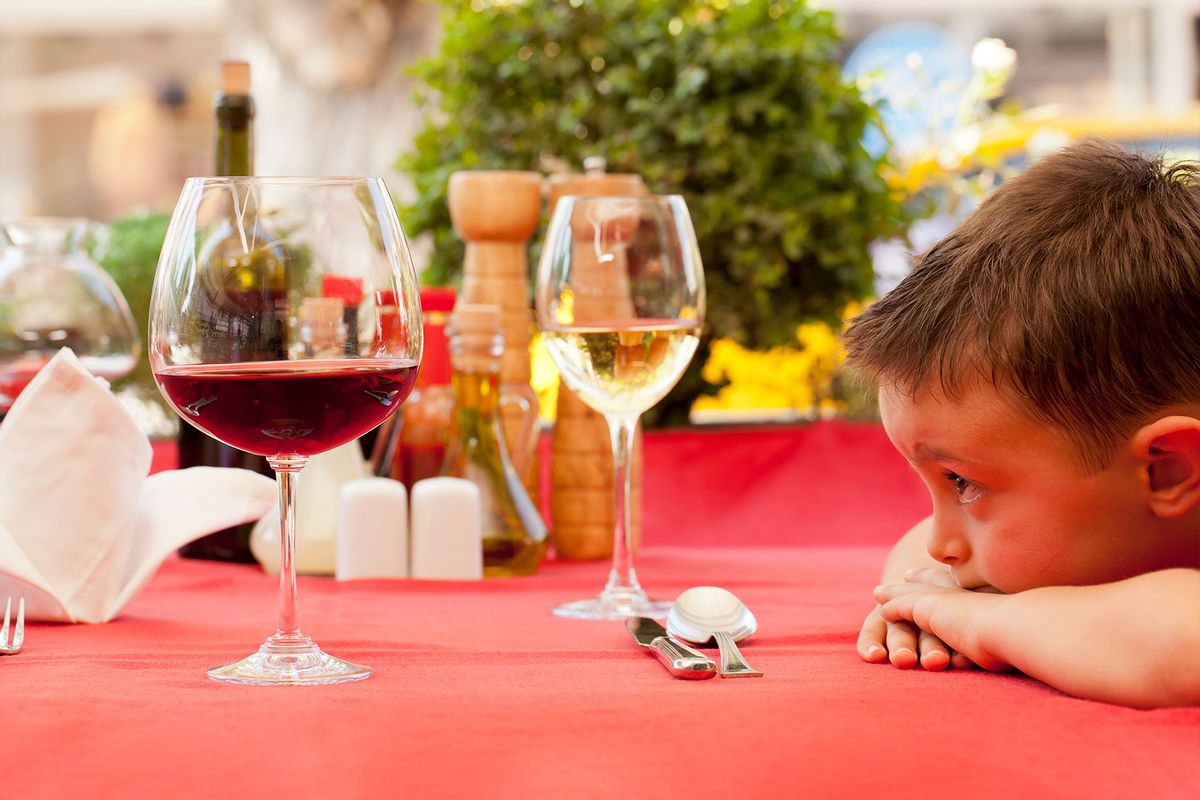 I stared at the headline on my computer screen and the headline stared back, filling me with motherly angst. Another college student had died, unnecessarily, at my alma mater. Only days prior, my eleven-year-old told me something that would make any alumna’s heart swell: “I want to go to Penn State, like you.” Admittedly, I, like any proud Nittany Lion, had been gently propagandizing this notion to my son ever since he could talk.

Yet now, upon hearing these words, I was apprehensive. I imagined him swimming in college drinking culture — a custom I know firsthand. Alcohol consumption on college campuses is a toxic problem — and every year, more students die from it.

The National Institute of Health (NIH) notes that drinking during college has become a ritual that students see as an integral part of their college experience. In 2017, I was heartbroken by the story of Timothy Piazza, a Penn State student who died from a fractured skull and shattered spleen after consuming 18 drinks in less than two hours during his fraternity initiation process. As a mother, and a Penn State graduate, Timothy’s death is one I’ll never forget.

Psychologists actually say that there is no harm in talking to younger children about alcohol. Indeed, it may even benefit them more later.

According to Sharecare, nearly 2000 students die from alcohol related injuries each year—meaning Timothy is far from alone. There was Ryan O’Malley of Penn State (2022) and Stone Foltz from Bowling Green State University in 2021. Ciaya Whetstone at the University of New Orleans also lost her life this year, as did James Gilfedder III at Lyon College last year. College drinking culture is an ongoing epidemic.

Mainstream parenting wisdom would have me wait until they were high school age to have the talk about alcohol. After all, that is when alcohol use begins for most: 60 percent of Americans try alcohol by age 18, according to the National Institutes of Health. That suggests that the “talk” should happen then.

A national poll revealed that fewer than half of American parents have spoken with their kids about alcohol and underage drinking.

But psychologists actually say that there is no harm in talking to younger children about alcohol. Indeed, it may even benefit them more later.

Unfortunately, not enough parents seem to be having the talk at all. A national poll revealed that fewer than half of American parents have spoken with their kids about alcohol and underage drinking. Nearly half of parents believe that peers and siblings have the greatest influence on children — yet data reaching back to 1991 shows that parents have the strongest influence on their children’s decisions about underage drinking. That means we need to start the conversation about alcohol consumption with our children and we need to do it early.

Many experts concur that it’s best to have a more casual, ongoing dialogue throughout childhood and adolescence. The Substance Abuse and Mental Health Services Administration (SAMHSA) within the Department of Health and Human Services confirms the notion that parents are the number one reason kids decide not to drink. They recommend parents initiate this conversation with children as young as nine years old. Discussions of underage drinking with our elementary aged children may seem irrelevant, but they’ll remember our words later. It just may save their life.

Nemours Children’s Health organized a helpful guide for talking to kids within each age bracket:

The Mayo Clinic and the National Institute on Alcohol Abuse and Alcoholism also confirm that having conversations about alcohol use with young children is beneficial. Psychology Today recommends talking to children about alcohol as incidents arise in the community. Answering questions and setting clear expectations through concrete language is also beneficial. They suggest providing kids with facts before they’re needed to provide a strong foundation of knowledge to pull from when the time arises.

Some ways of speaking about alcohol seem to work better than others. Experts say to consider coaching as opposed to controlling in these conversations — as our goal should be to provide them with the information needed to make healthy decisions on their own.

Huebner says parents should acknowledge that alcohol, in moderation, can be safe for adults. That narrative is important in ensuring children exhibit appropriate levels of fear when it comes to drinking.

In an interview with Dawn Huebner, PhD, parent coach, author, and speaker, Dr. Huebner provided her expert opinion on having an ongoing conversation about alcohol during childhood. “It does make sense to start really early,” Dr. Huebner explained. “Kids tend to think in black and white ways, so I think the difficult thing is figuring out how to talk to kids about how excess— with alcohol — is problematic.”

Huebner says parents should acknowledge that alcohol, in moderation, can be safe for adults. That narrative is important in ensuring children exhibit appropriate levels of fear when it comes to drinking, as Dr. Huebner says we want to make sure we’re teaching children without unnecessarily frightening them.

“One of the advantages of starting early and talking to kids over time is that you can add information and help kids to kind of recognize that it’s not black and white,” she added.

Dr. Huebner recommends beginning this conversation as young as three or four years old if the child is around people who drink. If they have no awareness of alcohol, the conversation can begin later, around the age of six. Throughout the interview, Dr. Huebner stressed the importance of using age-appropriate language and over time, adding new information to expand the conversation. For example, she suggested using language like drinks that parents enjoy versus drinks for children and, with time, adding to this concept by explaining that alcohol is a drink adults enjoy on special occasions and that some people don’t react well to alcohol and shouldn’t drink it at all.

As with all difficult conversations, Dr. Huebner recommends tapping into what kids already know to help them understand new concepts. For instance, she suggested using candy to explain moderation when it comes to alcohol. “People really enjoy sweets and it’s fine to eat sweets sometimes but it’s not fine to eat sweets all the time,” she offered, as an example of this kind of analogy.

Finally, Dr. Huebner mentioned the importance of normalizing childhood curiosity. “As you get older, there are going to be lots of things that you’re curious about…alcohol might be one of those things,” she said, as she described how a parent may talk about curiosity to an 8- or 9-year-old. Dr. Huebner stressed the importance of letting children know that speaking to a parent about curiosities is not only okay but invited.

At the end of the interview, Dr. Huebner recognized the importance of acknowledging when there is a genetic predisposition to alcoholism within the family. This helps kids understand the negative side of alcohol consumption and whether it may be something they should steer clear of, even when they’re older.

I’m happy to say I have initiated the conversation about alcohol consumption with my elementary aged children. Because the day will come when they find themselves amid college drinking culture, having to make choices they hadn’t anticipated. And when that time arrives, I want them to remember the ongoing discussion that began when they were young. I want them to feel comfortable coming to me with questions as they arise — and that will be easier for them if the dialogue has been gently evolving over time.

I hope you’ll join me in starting this conversation with your children. It’s not too early, but it can easily become too late.