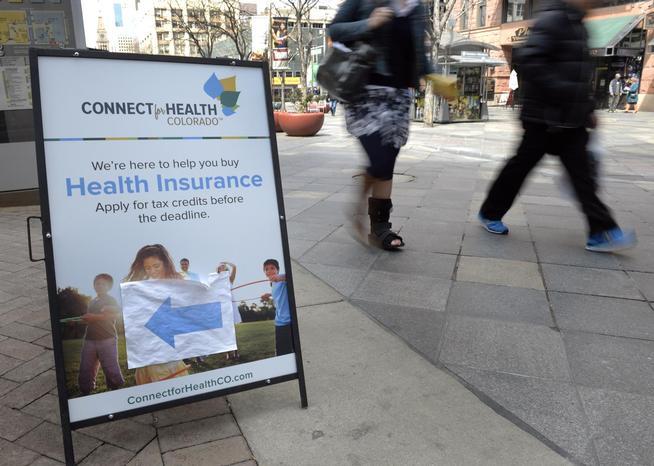 About 5,700 people have taken advantage of Colorado’s OmniSalud program to expand insurance to those who are in the country without legal documentation, and almost all of them have qualified for subsidies to significantly lower their costs.

Colorado Connect, a subsidiary of Connect for Health Colorado, which runs OmniSalud, has a separate infrastructure and doesn’t use federal tax credits, so the data isn’t shared. Customers start on the Connect for Health Colorado website, but are rerouted to a separate application if they click that they only want their information shared with Colorado Connect. Families who have some members with legal status and others without have to fill out separate applications.

The state set aside $57.8 million to subsidize coverage for low-income undocumented people, which should cover about 10,200 individuals, Patterson said. Those funds eliminate monthly premiums and dramatically reduce out-of-pocket costs for people with incomes below 150% of the poverty line — $20,385 for an individual or $41,625 for a family of four.

Unlike legal residents enrolling through the marketplace, residents without legal documentation who want state subsidies only have one plan available to them, known as Silver Enhanced 94%. They can choose among different insurance companies offering the plan, which may have different networks of providers.

Silver Enhanced 94% plans have out-of-pocket costs that are comparable to silver plans offered to the lowest-income people shopping on the marketplace.

Undocumented people who earn too much to qualify for the state subsidies can still buy insurance through Colorado Connect, but they have to pay the full price. Only about 100 of the 5,700 people who have signed up fall into that category.

In contrast, citizens who earn up to four times the poverty line can get tax credits to help reduce their costs through Connect for Health Colorado.

Bea Christiansen, a navigator at Benefits in Action, assists people looking to enroll through OmniSalud, as well as through the marketplace. Most people would do well to start at Connect for Health Colorado, because that’s the only place where they can get tax credits to help with the cost of their insurance, she said. Those who don’t have a Social Security number or who have some special circumstances may want to go to Colorado Connect.

“They will try to give them as much help as possible,” she said.

For now, it’s a pilot program, funded with money the state saved through its plan to backstop insurers, known as reinsurance. Whether it continues next year will depend on what the board that allocates that money decides, Patterson said.

While some people don’t like insuring undocumented families, it’s cheaper in the long run if they have access to routine care, Patterson said.

“A lot of these families are left to only go to the emergency room, which is not the best way to seek care, but also the most expensive way,” he said.

Subscribe to bi-weekly newsletter to get health news sent straight to your inbox.