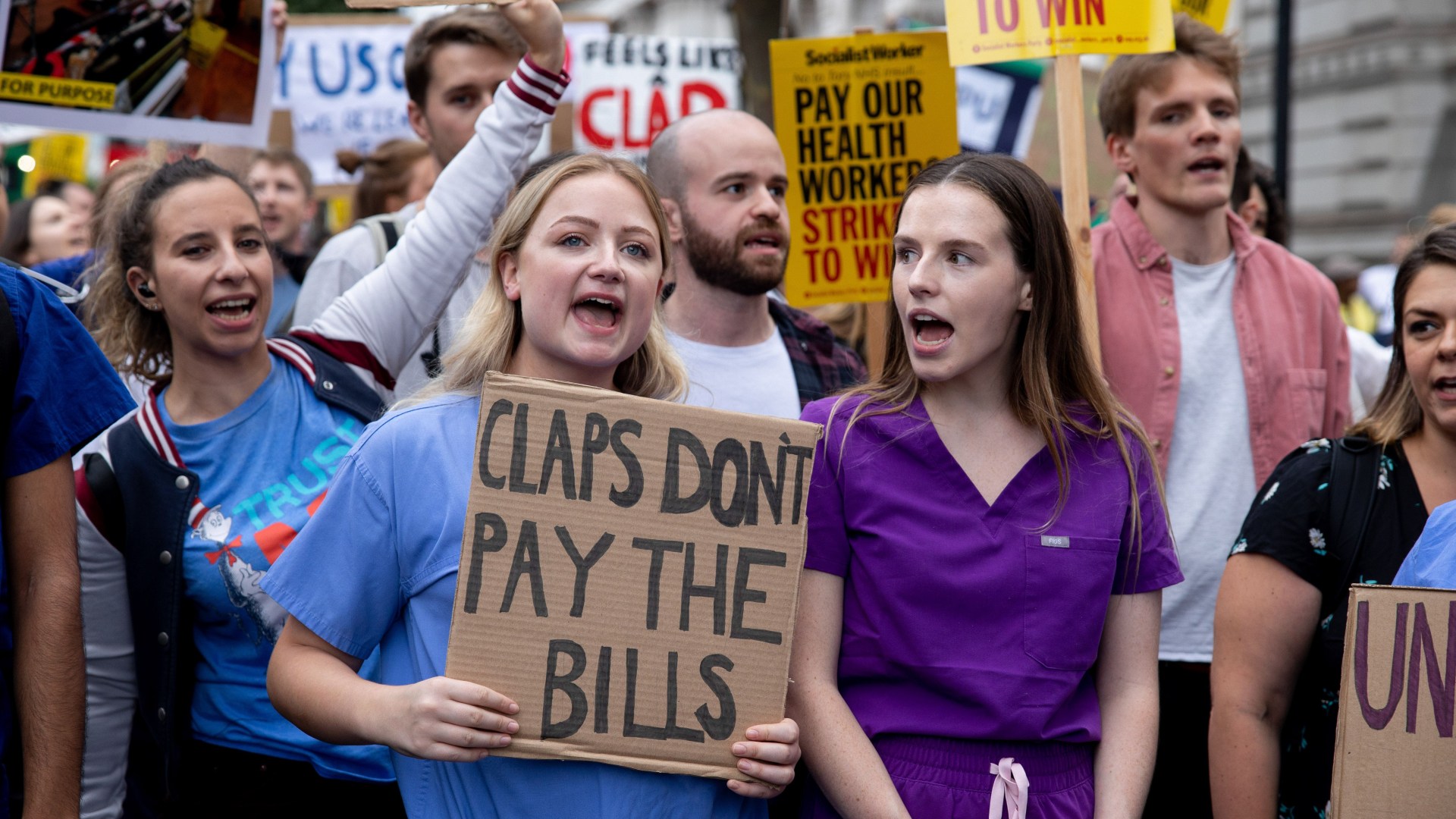 NURSES will hold two days of strikes next month as they step up their campaign for better pay.

Union members from the Royal College of Nursing will hold their first ever walk out on December 15 and another five days later.

Industrial action is being taken after ministers turned down the RCN’s offer of formal negotiations.

The move marks a winter of discontent as rail workers, posties and civil servants cause huge disruption to the public.

NHS chiefs are drawing up contingency plans as operations face being delayed in England, Wales and Northern Ireland.

RCN chief Pat Cullen said: “My offer of formal negotiations was declined and, instead, ministers have chosen strike action.

“They have the power to stop this by opening serious talks that address our dispute.

“Nursing staff have had enough of being taken for granted, enough of low pay and unsafe staffing levels, enough of not being able to give our patients the care they deserve.”

Other health unions are also holding strike votes. A ballot among hundreds of thousands of Unison members closes today, and midwives and physiotherapists are voting on potential walk-outs too.

Junior doctors will vote in January.

Health Secretary Steve Barclay said: “These are challenging times for everyone and the economic circumstances mean the RCN’s demands, which on current figures are a 19.2 per cent pay rise, costing £10billion a year, are not affordable.”

He added: “Our priority is keeping patients safe. The NHS has tried and tested plans in place to minimise disruption and ensure emergency services continue to operate.”

“Patients already can’t get treated on time, strike action is the last thing they need, yet the Government is letting this happen.

ONE in three GP practices still holds less than half of appointments face-to-face.

Most consultations at nearly 1,900 out of 6,000 surgeries last month were by video or phone. Seven in ten of all 32million GP appointments in October were face-to-face.

In-person appointments had fallen from 80 per cent to just 47 per cent during Covid.

But yesterday delegates at a Gateshead medical conference backed a cut in working hours for doctors from 8am to 6.30pm to 9am until 5pm.

Dr Keiran Sharrock, of the British Medical Association, said: “If the Government was serious about improving access it would address the huge shortfall in doctors.”

Meanwhile, complaints about GP practices and dentists hit a high of 120,064 last year.

PATIENTS are dying because hospital handover waits are so bad, say ambulance chiefs.

One in three patients waited longer than 30 ­minutes for paramedics to get them into A&E last week.

And one in eight ­languished for more than an hour outside a hospital.

The Association of Ambulance Chief Executives said in a report that 44,000 patients came to harm as a result of long waits and for 5,000 the harm was severe.

Chief executive Martin ­Flaherty said: “Patients are dying and coming to harm as a result on a daily basis.”

He added delays would get worse as winter pressures bit.

2 killed, 16 injured in multi-car crash on Chicago's South Side

Crowds angered by lockdowns call for China's Xi to step down