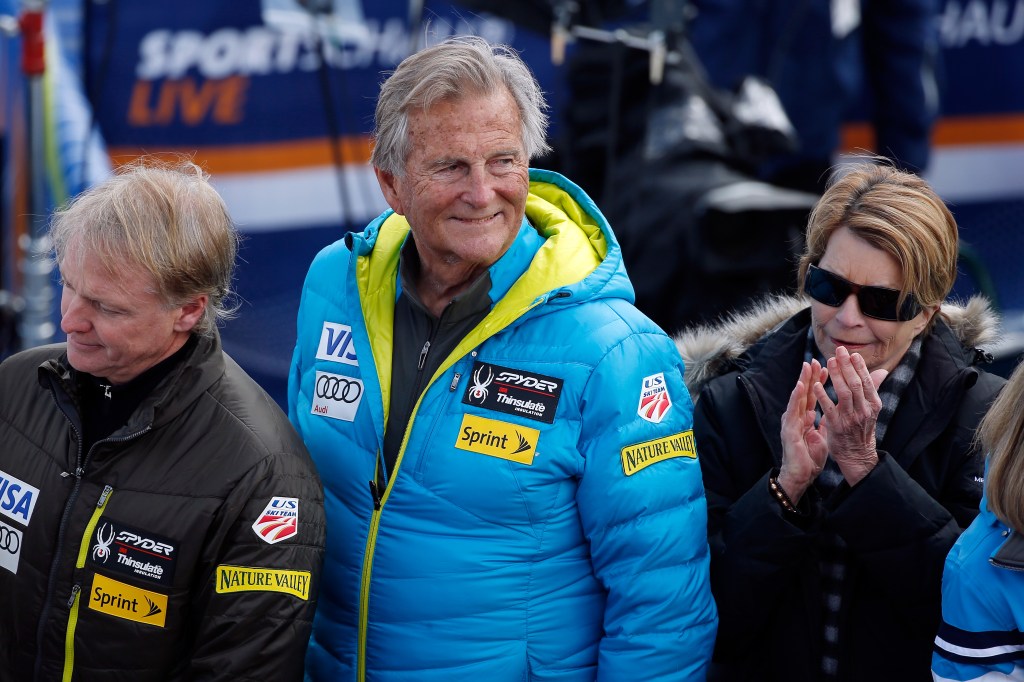 Richard Steadman was renowned for revolutionizing orthopedic surgery by inventing groundbreaking procedures and for helping countless elite athletes return to competition, but the soft-spoken Texan often described as a “gentle giant” made just as big an impact on those who knew him with his bedside manner and humility.

The founder of the world-renowned Steadman Clinic, who moved his practice from South Lake Tahoe, Calif., to Vail in 1990, died in his sleep Friday morning. He was 85.

“When I think about him, I am filled with joy,” said Nelson, a longtime Vail resident. “My heart smiles. He was the greatest man I have ever known or met. I think about the twinkle in his eyes, the smile on his face. The man had so much integrity. He was so honest, so humble, and so driven by his desire to heal the patient. He touched so many people, and he had great capacity to love. He just exuded all these qualities, and I think that’s where the phrase ‘gentle giant’ came from.”

Once recruited by Bear Bryant to play football, Steadman pioneered “microfracture” procedures which activate the body’s healing properties to replace damaged articular knee cartilage, which does not regenerate on its own. He also developed a similar “healing response” technique which sometimes enables torn anterior cruciate knee ligaments to reattach to bones without suturing them, greatly reducing recovery times.

“I recognized that ligaments didn’t just go away, that if they were torn close to the bone, sometimes they partially healed,” Steadman said in a 2016 interview with The Denver Post. “The same technique I used to form cartilage at the end of the bone, if I used that procedure in the area where the ligaments attached — and created an environment where the ligament could accept the healing process that I’d created — I could (avoid) the full reconstruction.”

“Not only was he a doctor, he was a confidante,” said Bill Marolt, former chief executive of the U.S. Ski and Snowboard Association. “He was somebody the kids could sit down with and chat and get reassurance. He was a difference maker.”

In a profession not known for humility, Steadman was.

According to a news release from The Steadman Clinic and Steadman Philippon Research Institute, the microfracture technique Steadman pioneered has been used to treat more than 500,000 patients annually worldwide.

Steadman was born in Sherman, Texas, in 1937. He had planned to attend Harvard until Bear Bryant called, offering him a scholarship to play for him at Texas A&M. Bryant later became a legend coaching at Alabama.

“I picked up the phone, ‘This is Coach Bryant,’” Steadman recalled in the 1986 Denver Post interview, imitating Bryant’s Arkansas drawl. “Wow, I almost fainted. He said, ‘Son, I know about you, and we’d love to have you come and be a member of our team.’ I said, ‘Wow!’”

Steadman played two years for Bryant and earned his medical degree from the University of Texas Southwestern Medical School in Dallas. He served the U.S. Army in Germany, then completed his orthopedics residency in New Orleans. In 1970 he moved his family to South Lake Tahoe, where he joined a local orthopedic practice, and that is where his long association with the U.S. Ski Team began.

It’s also where he began innovative treatment for joint injuries. At the time, it was common practice to immobilize a reconstructed knee in a cast for eight weeks. Intuition told Steadman that was precisely the wrong approach.

Muscles would atrophy after eight weeks in a cast. Knees would never function the way they did before the injury.

“In those days, everybody was in a cast except my patients,” Steadman said. “My patients would move their ankle right away, their knee right away. I recognized that just because you moved something didn’t mean it wouldn’t heal. In fact, it would heal better. The movement made the tissues get stronger.”

“Dr. Steadman was an incredible surgeon and leaves a remarkable legacy of innovation in the field of orthopedics and sports medicine,” said Dr. Marc J. Philippon, managing partner of The Steadman Clinic and co-chair of the Steadman Philippon Research Institute. “He knew the value of outcomes research, and was a true pioneer not only in techniques, but also in the importance of science and the practice of evidence-based medicine. Steady was a champion for his patients, a kind and dedicated physician with a healing touch. He made a tremendous impact on our local Vail community, the skiing world, and the entire field of orthopedics.”

Andy Mill, a two-time Olympian who grew up in Aspen, helped organize a group of former U.S. Ski Team racers in 2016 to commission bronze busts of Steadman, one for the clinic in Vail, the other for U.S. Ski Team headquarters in Park City, Utah. The busts were unveiled at an evening in Steadman’s honor in Vail.

“You have a lot of great surgeons out there, and you have a lot of great people in the world with huge hearts,” said Mill, who raced downhill on the U.S. Ski Team from 1974-81. “It’s very hard and rare to find that person that contains both. He has that. He is a genius orthopedic surgeon and he is a genius as a human being. That’s why we did this.”

Steadman is survived by his wife, Gay, a son and a daughter.

Subscribe to our weekly newsletter, The Adventurist, to get outdoors news sent straight to your inbox.