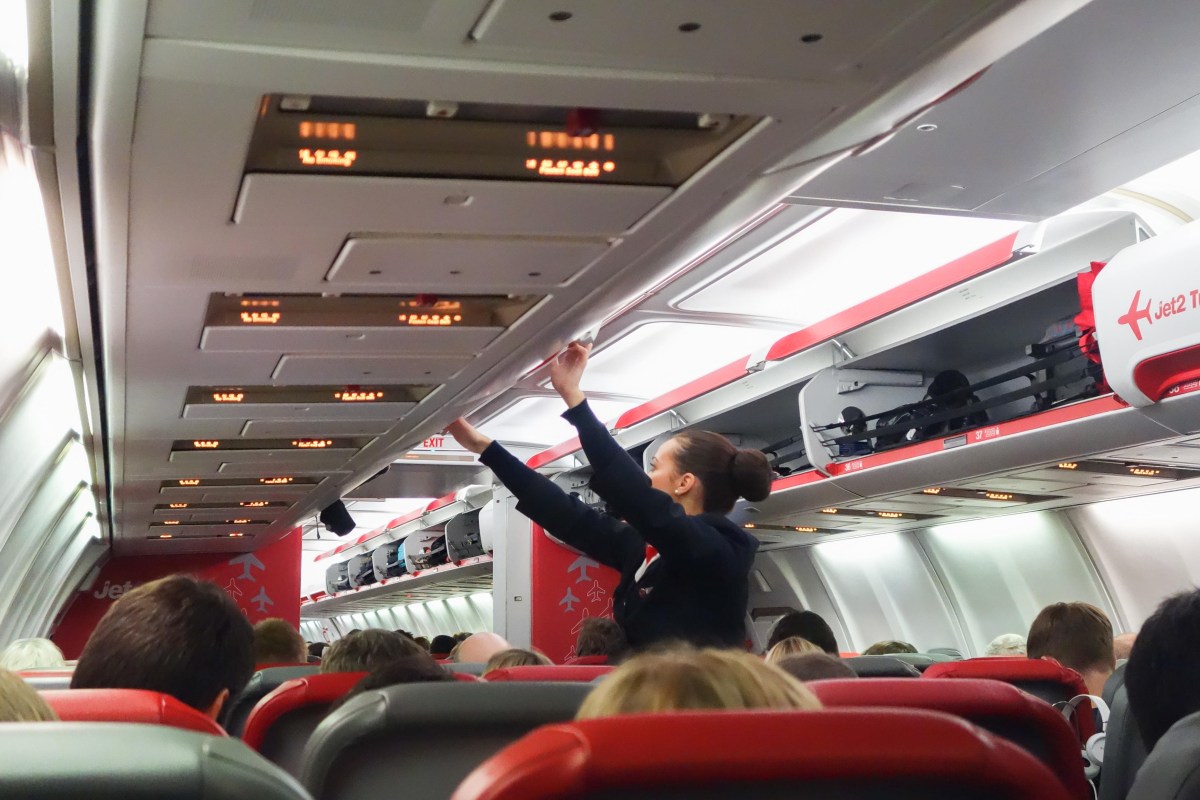 A FLIGHT attendant has revealed the one thing you should never ask them to do as they will always say no.

Flight attendant Jamila Hardwick explained that they are not allowed to help you with putting your bags in the overhead lockers.

She told Inside: “We do not get paid until the boarding door is closed.

“If we get hurt while putting that bag in the overhead bin, we do not get to write it off as an on-job injury.”

Other flight attendants agreed with her, saying it was too dangerous.

One person on Reddit, who said they used to work on flights wrote: “We were told not to stow any baggage for the passengers, since in the case we got hurt doing so the company wouldn’t be responsible for that.

“It wasn’t part of our duty nor we were paid for that (even though for me it wasn’t for the money, but rather coz I didn’t want to put at risk my spine, since these bags sometimes are hella heavy).”

However, they admitted they would help if the person was elderly, or was disabled.

Many agreed that passengers shouldn’t ask for crew to help with them.

Someone replied: “The passenger’s carry on is their responsibility. They should only bring what they could lift into the overhead bin.

“FAs shouldn’t be expected to assist; imagine if every passenger demanded assistance–they would suffer long-term back issues down the road.”

Back in 2018, one man was left embarrassed after attempting – and failing – to put his bag in the overhead locker – because he was putting it in the wrong way.

Flight attendants have revealed the secret switch you can use to close your overhead bin if you are struggling.

And one traveller revealed how to get extra legroom by using the overhead lockers.