Austin was supposed to be a safe space for my trans daughter. Texas Republicans ruined that 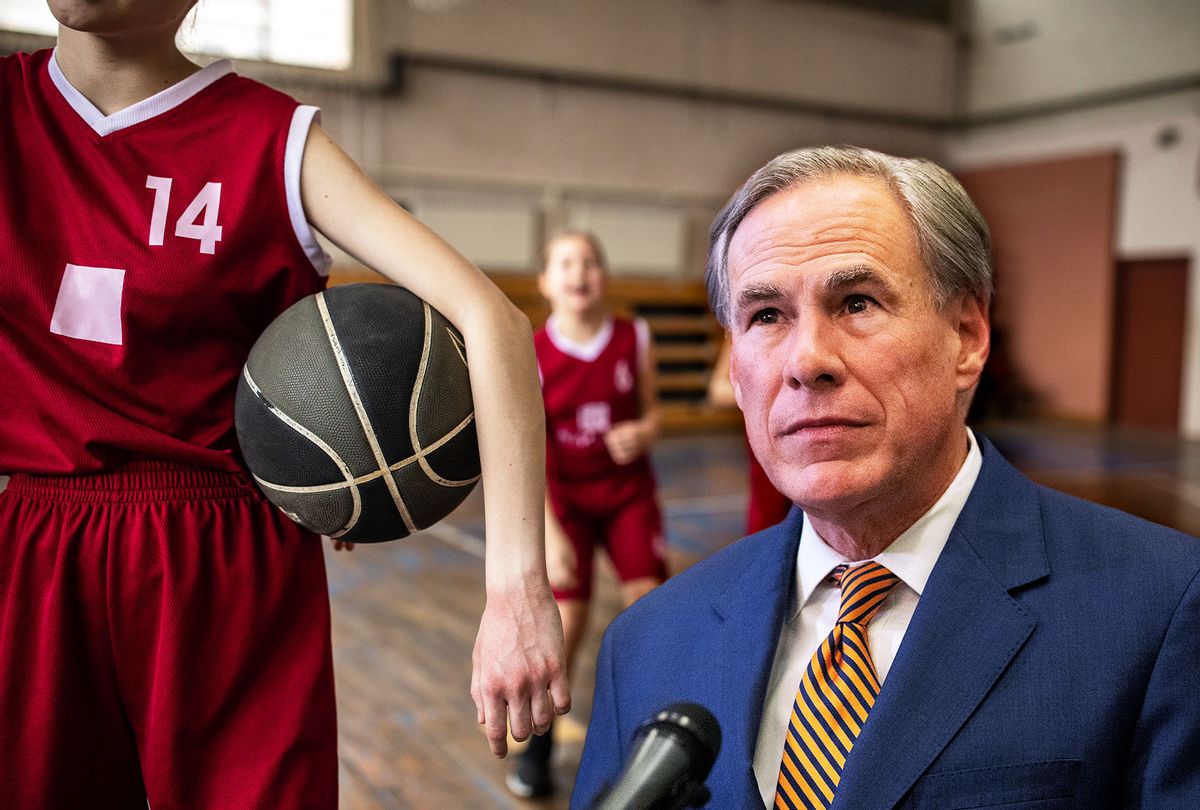 When my family first moved to Austin from a small town in another state, it was to get our daughter away from the boys at her old school who were bullying her because she is transgender. But we found new bullies here. This time, they were also in the state Capitol.

Recently, Republican Governor Greg Abbott, who is running for a third term, signed into law a cruel anti-transgender bill banning transgender kids like my daughter from playing sports at school. This comes as Republicans in the Texas state legislature have renewed their years-long attacks on the trans community, filing more than 50 anti-trans bills in 2021 alone.

Three years ago, our 10-year-old told us who she really is on the inside: a girl. As a school counselor of 20 years, I always supported my LGBTQ students, but I’ll admit that my husband and I were terrified at first, not because of who our daughter is, but because of the dangers she will face. Transgender children are at higher risk for attempting suicide, and other kinds of mental health crises are also worsened by the bullying, rejection, and isolation that transgender kids experience. And sure enough, some of my daughter’s classmates couldn’t handle her transition.

Since pre-K, our daughter had grown up with a group of boys who knew her as a boy. She’s played with these kids all her life, but when she simply started to use a different name and wear different clothes, those same boys began bullying her terribly. One boy even pushed her down the stairs at school. The bullying eventually got so bad that we made the decision to move to Austin, a city with an LGBTQ-inclusive nondiscrimination ordinance and more welcoming schools for transgender kids.

We had high hopes of making a better life for our daughter in Austin. Unfortunately, Texas Republicans have worked hard to prevent that. The volume and intensity of the GOP attacks make it clear that lawmakers don’t want to acknowledge that our daughter is a person with basic rights. Lawmakers called my daughter a boy in committee hearings and on the Texas Senate floor, they say without any evidence that my daughter is a danger to other kids just for being herself, and they have now passed a law to encourage people to identify and isolate our daughter in school sports. Our children, who are not hurting anyone, feel the target legislators have put on their backs.

Even here in Austin, kids at school see the headlines about the new sports ban and repeat back the dangerous rhetoric that they see these “grown-up” politicians use. When my daughter started at her new middle school, no one knew she was transgender, and she wasn’t bullied. But as she made friends, she slowly began sharing that she was transgender and the word spread. By the end of 7th grade, everyone knew, and the bullying began again. Some kids were relentless, calling her the wrong name, and even denying her humanity by calling her an “it.” The abuse began affecting her schoolwork and her mental health. One day my worst fear came true; she stayed home from school because she said she needed a break, but while she was home, she swallowed a handful of pills. She wanted all the bullying and harassment to just end. Thankfully, she got scared and called her dad, and we were able to get her to an emergency room for medical care.

RELATED: Conservatives gang up on a child: Anti-trans bullying of 5-year-old in Minnesota shows adults, not kids, are the problem

But our family still lives in fear every day that our child will be taken from us by a cruel environment that tells her she doesn’t deserve the same things as other kids. We are afraid that she will continue to be bullied in school and that she will see in the news, once again, that powerful lawmakers are using her to score political points.

We will go to the ends of the earth to keep our daughter safe, if we have to, but we shouldn’t have to do that. Lawmakers might not understand who our daughter is, but that doesn’t mean they should work to make her less safe. It’s time for all of us to stand up to political bullies the same way we stand up for our kids at school.

If you’ve ever spoken with a teacher to help get support for your kid in class, or if you’ve ever tended to your kid’s scraped knees after a bully pushed them on the playground, you know how important it is to protect your child, and I urge you to take action now, too. Pick up the phone and call your Senator to demand strong nondiscrimination protections, like those in the Equality Act, to put a stop to these state-by-state anti-transgender attacks. My daughter is just a kid. Her safety shouldn’t depend on where she lives, where she goes to school, or what the grown-up bullies in the statehouse say. She deserves better.

Holmes fights back against the most damning evidence