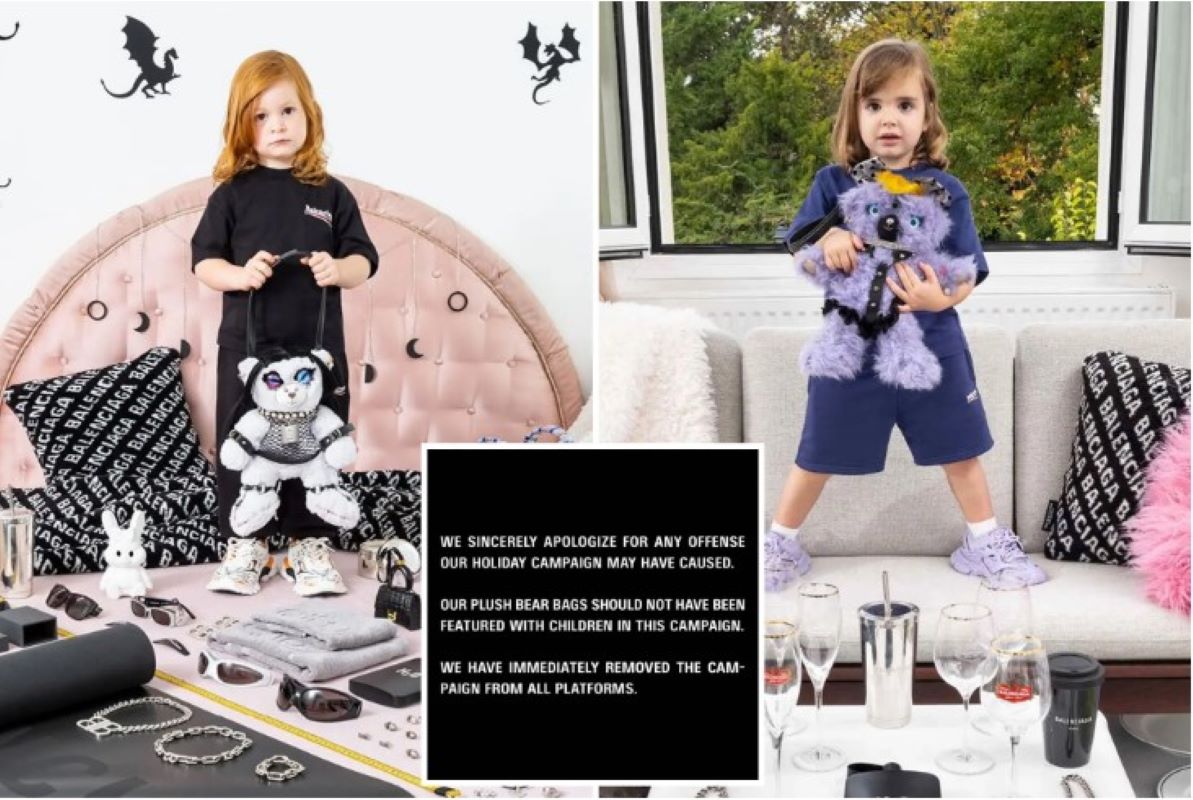 After days of public outrage, Balenciaga announced they were taking the company that was responsible for the BDSM-inspired ad campaign to court.

They said they were suing them for $25 million (R438,894,875.00) but they have since backed down on the lawsuit and said they’d be donating the money to child protection organisations instead.

According to a statement that was shared with Rolling Stone, Balenciaga CEO Cédric Charbit said the company wanted to learn from its mistakes and would be implementing a series of actions in response to the backlash.

This includes creating a new board responsible for approving all images, hiring an external agency to evaluate content, and reorganizing the image department.

ALSO READ: Taking it too far? Balenciaga is selling ‘shoelace’ earrings for R4k

But most notably, Balenciaga said it has decided “not to pursue litigation,” dropping a lawsuit it filed only one week earlier against a production company and set designer they claimed were responsible for the offending spring 2023 campaign.

Balenciaga also said that it is in the process of creating a grant fund intended for organisations that help protect children.

“We want to learn, help, and contribute to protect children. I want to personally reiterate my sincere apologies for the offense caused and take my responsibility. At Balenciaga, we stand together for children safety and do not tolerate any kind of violence and hatred message,” she said.

Balenciaga’s creative director Demna Gvasalia also released an apology statement on Friday 2 November and said, “I need to learn from this, listen and engage with child protection organisations to know how I can contribute and help on this terrible subject”.

He continued and said, “I apologise to anyone offended by the visuals and Balenciaga has guaranteed that adequate measures will be taken not only to avoid similar mistakes in the future but also to take accountability in protecting child welfare in every way we can,” he said.

“It was inappropriate to have kids promote objects that had nothing to do with them. As much as I would sometimes like to provoke a thought through my work, I would NEVER have an intention to do that with such an awful subject as child abuse that I condemn. Period,” he added.

Denial of responsibility! Yours Bulletin is an automatic aggregator of the all world’s media. In each content, the hyperlink to the primary source is specified. All trademarks belong to their rightful owners, all materials to their authors. If you are the owner of the content and do not want us to publish your materials, please contact us by email – [email protected]etin.com. The content will be deleted within 24 hours.
0
Share