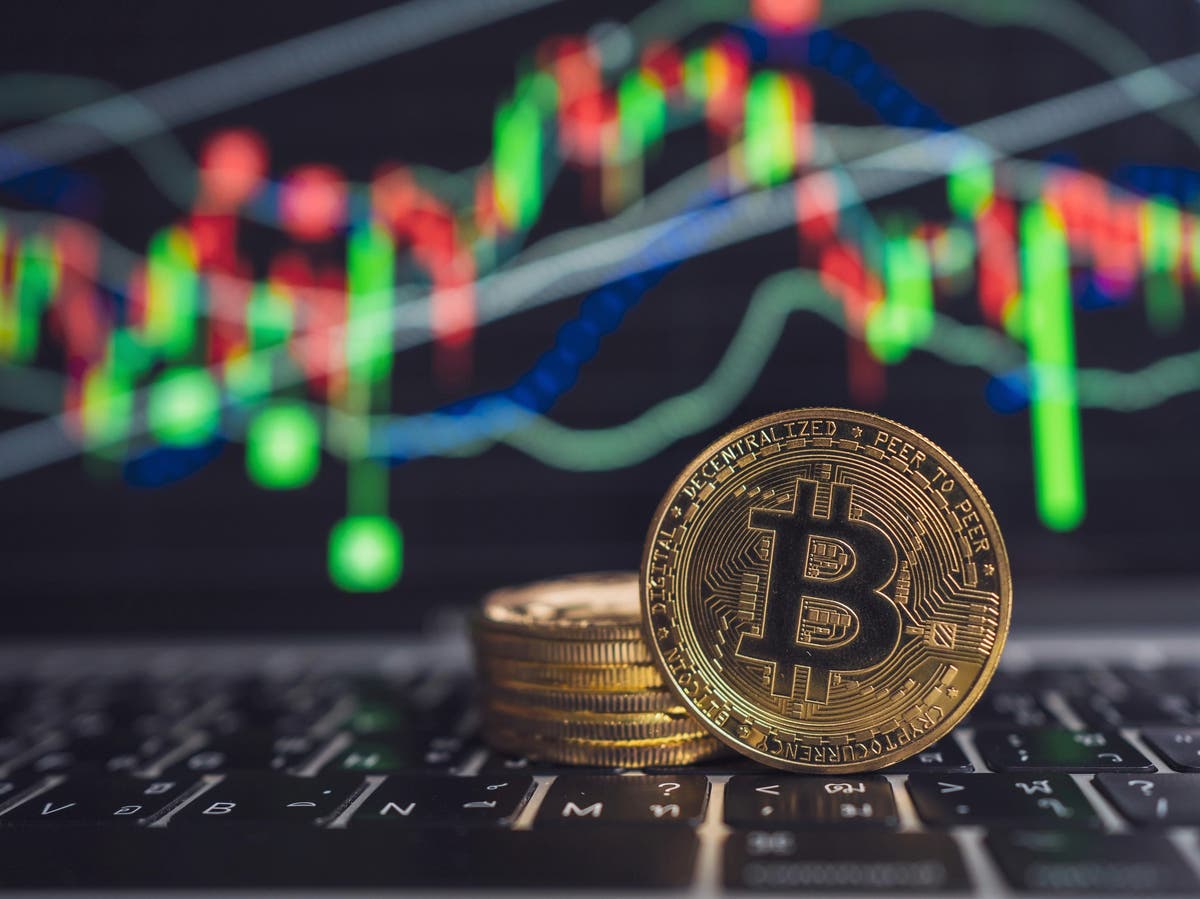 PayPal’s announcement last year that customers could buy, sell and spend bitcoin and other cryptocurrencies through its online platform, opened the digital assets up to more than 300 million customers and around 20 million active merchants around the world, and sparked the beginning of a price rally that has seen BTC rise in value by more than 400 per cent over the last 12 months.

Bitcoin’s transaction volume has been boosted by this surging price, which has nearly doubled against the US dollar in 2021.

“In theory, if bitcoin were to rise in price ~260 per cent today, to $245,000, then the bitcoin network would theoretically be processing an equivalent in volume to the Mastercard network on a daily basis,” Sam Wouters, a senior analyst at Blockdata, noted in a blog post.

“This is where the gap between the networks is staggering, but not without reason,” Mr Wouters wrote.

“There are many more credit card users than cryptocurrency users, and closing that gap will take time and a lot of education in how this new financial system works.

“A lot can change over the next years, and a conservative estimate of 2026 for bitcoin to grow to the scale of a network like Mastercard or Visa, may not be so overoptimistic after all.”

How You Guys Can Mirror Your iPhone To a Roku Stick

Yahoo pulls out China in the middle of a ‘challenge’