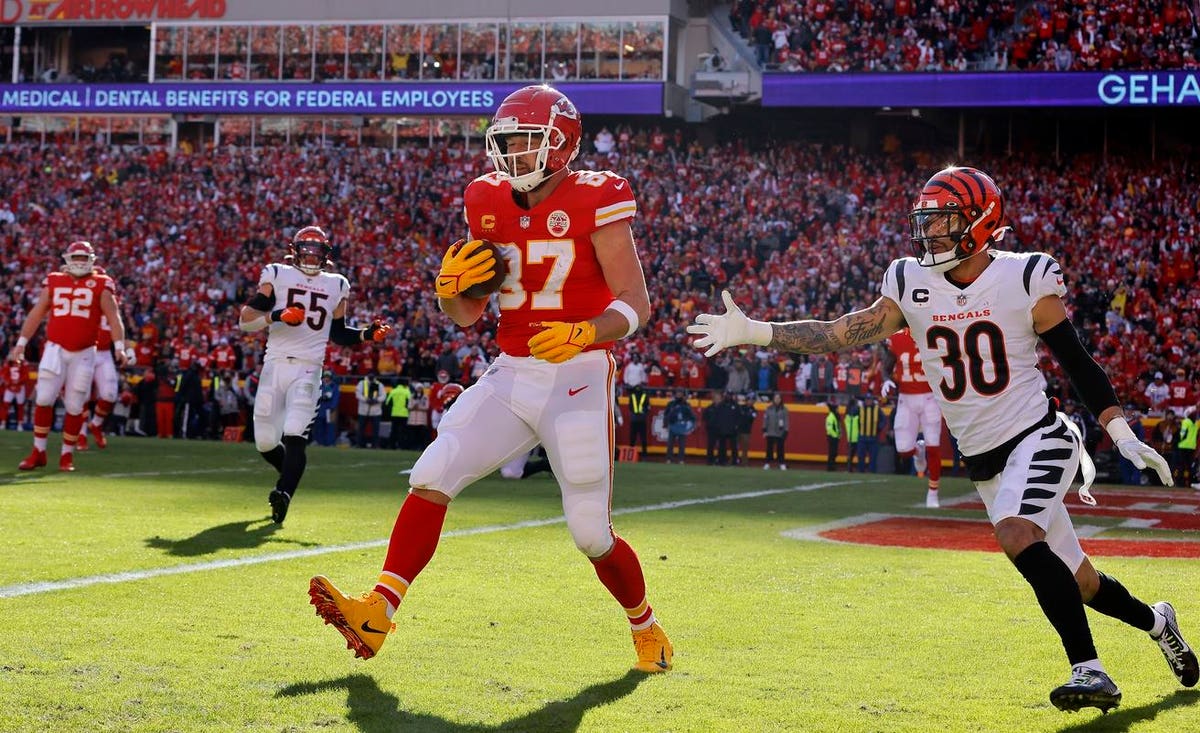 The interest in sports betting continues to grow and set wagering records, and this weekend’s NFL conference championship games will generate huge watch and wager action with more than 30 states offering legal sports betting. The Eagles and Bengals are slight favorites, and betting on the games increasingly contributes to fan engagement.

Types of bets and how to read the odds

Current game odds from FanDuel Sportsbook, which refresh periodically and are subject to change.

Sportsbook promotions and offers add interest to the various types of bets available and specials offered on bigger games and events. That includes Super Bowl 57 on Feb. 12, which will have a ton of recreational betting and added props to drive even greater interest including live betting. Parlays, player props and prop bets are very popular for many recreational sports bettors, and draw the most interest during the Super Bowl. But more props will be available during the AFC and NFC championship games, including popular Same Game Parlays.

Regardless, millions of bettors enjoy making fun and often smaller bets on entertaining options including parlays and props in hopes for a big score.

Last years NFL Conference Championship games scored the best ratings for that playoff round in more than five years. Three of the four teams in this year’s conference championship games return, and expect the Bengals-Chiefs game to crescendo and eclipse last years 47.9 million average viewers on CBS.

Brock Purdy of the 49ers is the fifth rookie quarterback to start a conference championship game, and the previous four went 0-4 with four passing touchdowns and nine interceptions. Purdy, the last player taken in Round 7 of the NFL Draft (Mr. Irrelevant), is 7-0 as the 49ers starting quarterback since taking over in early December. San Francisco rides a 12-game winning streak into the NFC title game. Niners head coach Kyle Shanahan is 7-1 against the spread (ATS) in the NFL playoffs during his career.

John Hussey is the head referee for the NFC Championship Game, and games he has officiated have gone 10-6 to the ‘under’ this season. He’s the second most profitable referee when betting under the total since 2015. NFC Championship Games have actually gone 12-4-1 over the total the last 17 years. Both offenses are top-5 in the NFL in yards per game, but the 49ers and Eagles are also top-2 defenses allowing nearly identical 300 yards per game with the 49ers scoring defense also No. 1 allowing 16.4 points per game (Eagles 19.5 PPG). The Eagles defense leads the league in sacks, pressure rate, yards per play, tackles for loss and opponents negative gains.

These two teams are run heavy offenses ranking top-7 in the league in running plays (49%) while averaging 32 and 30 rushing attempts per game and 4.7 yards per rush. Eagles QB Jalen Hurts adds to the Eagles rushing strength with 760 rushing yards an 13 rushing touchdowns. The 49ers defense is still a bit more dominant and led the NFC in rush defense allowing just 79 yards per game (3.4 yards per rush) to the Eagles 121 yards per game (4.7 YPR). San Francisco kicker Robbie Gould has also made all 67 of his career playoff kicks (29 field goals, 38 extra points).

ATS Key Stats: Teams that won the rushing yards in this years playoffs are 9-0 SU and 8-1 ATS. The Playbook Sports newsletter notes that teams coming off consecutive SU and ATS wins who were bounced in a championship game the previous year (San Francisco) are 20-1 SU/ATS since 1985 as either a favorite or as an underdog of less than 3 points versus an opponent off a SU/ATS win (Eagles).

Patrick Mahomes says he’s “ready to go” for the AFC title game, but still has to test out his high-ankle sprain the remainder of the week at practice. The likely NFL Most Valuable Player will be an underdog for the first time in 13 career postseason starts as the line shifted from Kansas City as the early favorite to Cincinnati as the favorite in the middle of the week. The line moved to as high as Bengals -2.5, but has settled back to Cincinnati -1 at most top online U.S. sportsbooks.

BetMGM Vice President of Trading Jason Scott told me the sportsbook opened the Chiefs as a -1.5 point favorite, “but money came quickly for the Bengals.” That after the Bills were a most popular pick and bet last week over the Bengals, but QB Joe Burrow played nearly flawless as Cincinnati crushed Buffalo and most bettors with a 27-10 road win in the snow and cold.

Mark Lawrence of the popular Playbook Sports newsletter noted on his Against the Spread podcast Wednesday that the Bengals vs. Chiefs is a timely rematch with Cincinnati beating Kansas City three straight times the past 13 months. Each win was by 3-points including in last years AFC Championship Game when cool Joe Burrow led the Bengals back from a 21-3 deficit to win 27-24 in overtime.

This is the seventh time in NFL history that two teams play each other consecutive seasons in the conference championship game and first time since the Ravens and Patriots did so in 2011 and 2012.

ATS Key Stats: The Bengals have won 10 straight games, but have still been out-gained by -243 yards vs. playoff teams while going 5-2 SU and 5-2 ATS. Cincinnati was out-gained in five of those games, but did out-gain the Bills by nearly 100 yards last week while dominating the running game in a 27-10 win. Joe Burrow is 15-2 SU and 16-1 ATS in the Bengals last 17 non-division games. The Chiefs have out-gained teams that made the playoffs this season by +174 yards while going 6-3 SU and 4-5 ATS. Patrick Mahomes is 20-3 SU at home from December out, and 9-1 ATS in his career as a home underdog.

You can bet on it.

Denial of responsibility! Yours Bulletin is an automatic aggregator of the all world’s media. In each content, the hyperlink to the primary source is specified. All trademarks belong to their rightful owners, all materials to their authors. If you are the owner of the content and do not want us to publish your materials, please contact us by email – [email protected]. The content will be deleted within 24 hours.
atsBettingCincinnati BengalsConference ChampionshipKansas City Chiefsnfl playoffsOddsphiladelphia eagles
0
Share

Firefall is back: How and where to see Yosemite’s breath-taking natural phenomenon