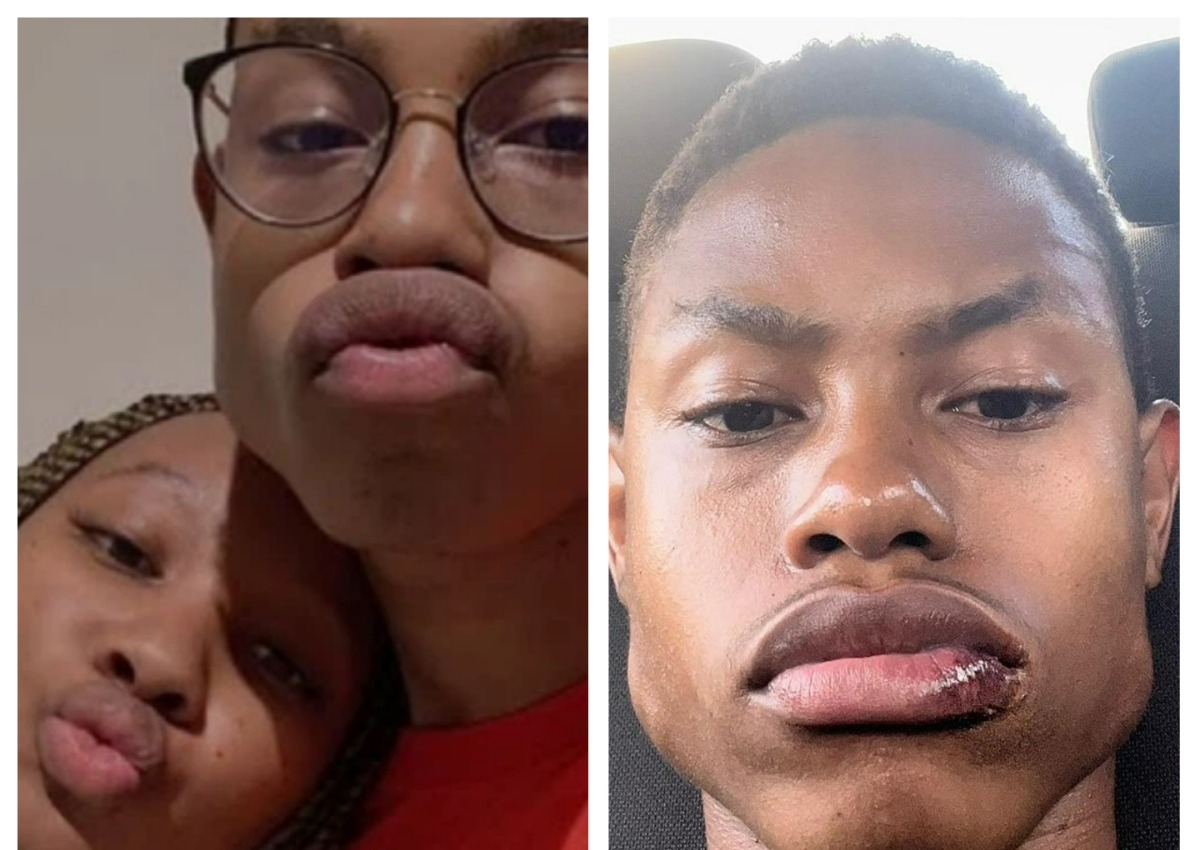 Sonia Mbele‘s son is currently attending a court case where he is accused of assaulting and almost raping his then girlfriend Reokeditswe Makete.

The girl that Donell is accused of cheating with has since spoken out and shed some light on some of the inner happenings of the former couple’s relationship.

The friend that spoke to Zimoja says the couple were saved as “Blueface and Chrisean” in a gossip group because they used to fight like the two celebrities, especially after drinks.

‘DOOMED FROM THE START’- SOURCE SAYS

According to a source told the publication that Donell and Reokeditswe’s relationship has been doomed from the get-go. She added that Reokeditswe suffers from severe depression and has a short temper.

“We all used to hang at Monte Casino. She does not like it when other girls talk to Donell. She once spat on his face for hugging another hun” says the friend.

The publication also reports that the friend who also leaked Donell’s pictures with bruises says he was on the phone with Donell when they were fighting in the Uber after because she insisted on checking his phone.

“He sent a text to say she is starting again. I tried to call but that is when she was swearing at me accusing us of dating, they had no clue I was still listening because Donell did not hang up. I remember him begging her not to touch his face until she bit him on the lip,” the friend said.

The friend also adds that in a gossip group the two were saved as “Blueface and Chrisean” became she used to fight like the two celebrities, especially after drinks.

“We begged them so many times to leave each other alone, especially after she once called her family and friends claiming that she had been kidnapped, meanwhile she took an Uber to go see him. Donell thought it was just drama. She is a nice girl, but we all know and she knows the truth,” the source said.