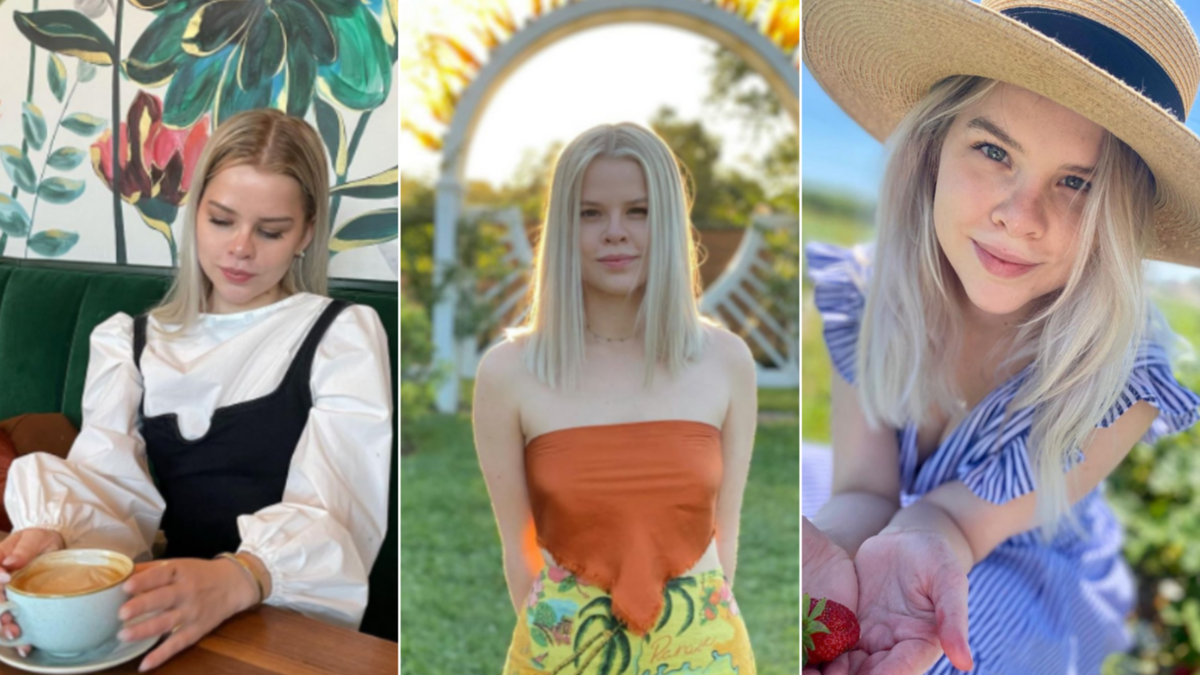 When Grace Hartman fell sick just before her 16th birthday, there wasn’t much cause for alarm – at first.

She began suffering severe migraines but doctors initially dismissed it as a sinus infection.

What the American teenager didn’t know at the time was that was just the start of a years-long health battle that would take over her life and physically alter her face.

And as her face changed, it would also leave her severely distressed when she could no longer recognise herself.

‘One in a million’ case

When the headaches started, they weren’t too alarming.

But over the next few months, Grace’s health declined rapidly.

She began to experience intense migraines that would last for hours and leave her unconscious.

At the same time, Grace was trying to attend school and live a normal teenage life – all without knowing what was happening to her, or why.

After months of pain, doctors had failed to reach a diagnosis.

“I saw lots and lots of different doctors,” Grace said.

“I don’t know if gaslight is the right word, but I definitely felt for a while like it was all in my head.”

It causes inflammation in the blood vessels, affecting a strand of antibodies which – rather than protect the body from diseases – attack the blood vessels and release immune proteins, blocking blood flow.

This can damage tissue and cartilage, or even lead to organ failure.

In Australia, the condition affects just 32 in a million people , according to recent research.

The disease also has a high rate of relapse, the study says, with up to a 50 per cent chance of it recurring five years post-recovery.

Once Grace was finally diagnosed, she was prescribed medication that initially helped and her headaches somewhat subsided.

But the damage had been done.

The disease had already made its way to her sinuses and the infected blood vessels begun attacking the tissue and cartilage in her nose, forcing it to collapse.

Her symptoms became so severe her trachea began closing off.

But she vowed to focus on the positives in life.

“When I became sick, initially, I was trying to be positive,” she said.

“But then I had this kind of duality of living.

“I was very depressed and very upset about what had happened, but I had also convinced myself somehow going through this illness was a positive experience and that sustained me for a really long time.”

When Grace’s nose collapsed, she was told she would eventually be able to have facial reconstruction surgery to fix the deformity – but only once she was well enough.

By the time she was finally cleared for the surgery, in November 2019, Grace had somewhat come to terms with her illness and deformity.

But while everyone was so excited for her to have the surgery, Grace had began to wonder if people would end up treating her differently.

“We had a countdown calendar in my dorm room for my surgery and everyone was so excited for me,” she said.

‘I couldn’t recognise myself’

After the surgery, Grace found she had a new problem – full-blown body dysmorphia kicked in.

“I looked in the mirror and I couldn’t recognise myself,” she said.

“And I didn’t show anyone my face for three whole months.”

Grace said the body dysmorphia left her feeling like she had three different faces, each one highlighting a different stage of her health journey – before she was sick, while she was sick, and after her reconstruction.

And she said people around her began to treat her differently after the surgery, now that she was considered “conventionally attractive”.

“Everyone was so happy for me,” she said.

What they didn’t know was, on the inside, Grace was actually facing an uphill battle to regain her identity.

Unfortunately, the surgery she had been looking forward to for so long was the very thing to trigger a manic episode.

“I had never really had any huge mental health issues until I had the facial reconstruction surgery,” she said.

“But after that, I was put on some medication and hospitalised a few times, too.”

“But it’s such a huge part of it all, the body dysmorphia and not being able to recognise yourself after these elective surgeries,” she said.

Australian Society of Plastic Surgeons (ASPS) president Dr Dan Kennedy told 7NEWS.com.au that anxiety surrounding a deformity – and the surgery to correct it – varies depending on the person.

“A patient’s level of anxiety will relate to their perception of the deformity and also their expectation of the correction that can be undertaken.

“If something can be seen easily in a social setting, such as across the dinner table for example, then it can have more significance than a condition which is hidden under clothing.”

Kennedy explained that often a surgeon cannot deliver an absolutely perfect “fix” for a congenital or acquired deformity.

And no matter the result, “it can take time for a patient to process the changes in the repaired area”.

“Some patients benefit from body image counselling before and after surgery, but it is normal to have an adjustment period,” Kennedy said.

Meanwhile, Grace said she also often felt really alone because of stigmas surrounding chronic illnesses and the fact that she had such a rare condition which no one else understood.

“I felt like there wasn’t much understanding from other people and they just didn’t know how to talk about it,” she said.

“For example, with something like cancer that is more common, it’s never easy but people have a bit more understanding and can talk about it all a bit more freely.”

Grace is sharing her story in the hopes more people can learn about her illness and the stigmas associated with chronic illnesses.

She is still in recovery and has a high probability of relapsing within the next two years.

But she remains positive.

“I could be dead if I was being treated 10 years ago, if it weren’t for the medication they have today,” Grace said.

If you need help in a crisis, call Lifeline on 13 11 14. For further information about depression contact beyondblue on 1300224636 or talk to your GP, local health professional or someone you trust.

Watch as fearless Aussie takes on croc with a frying pan

Denial of responsibility! Yours Bulletin is an automatic aggregator of the all world’s media. In each content, the hyperlink to the primary source is specified. All trademarks belong to their rightful owners, all materials to their authors. If you are the owner of the content and do not want us to publish your materials, please contact us by email – [email protected]. The content will be deleted within 24 hours.
Health & WellbeinglifestyleNewspublic health
0
Share

When Your Girlfriend Is Your Father

Julia Fox Is Bringing Back The Cut Out Dress…

Designing In Wix is Faster