It’s finally time to reunite with friends. So why do I feel so lonely? 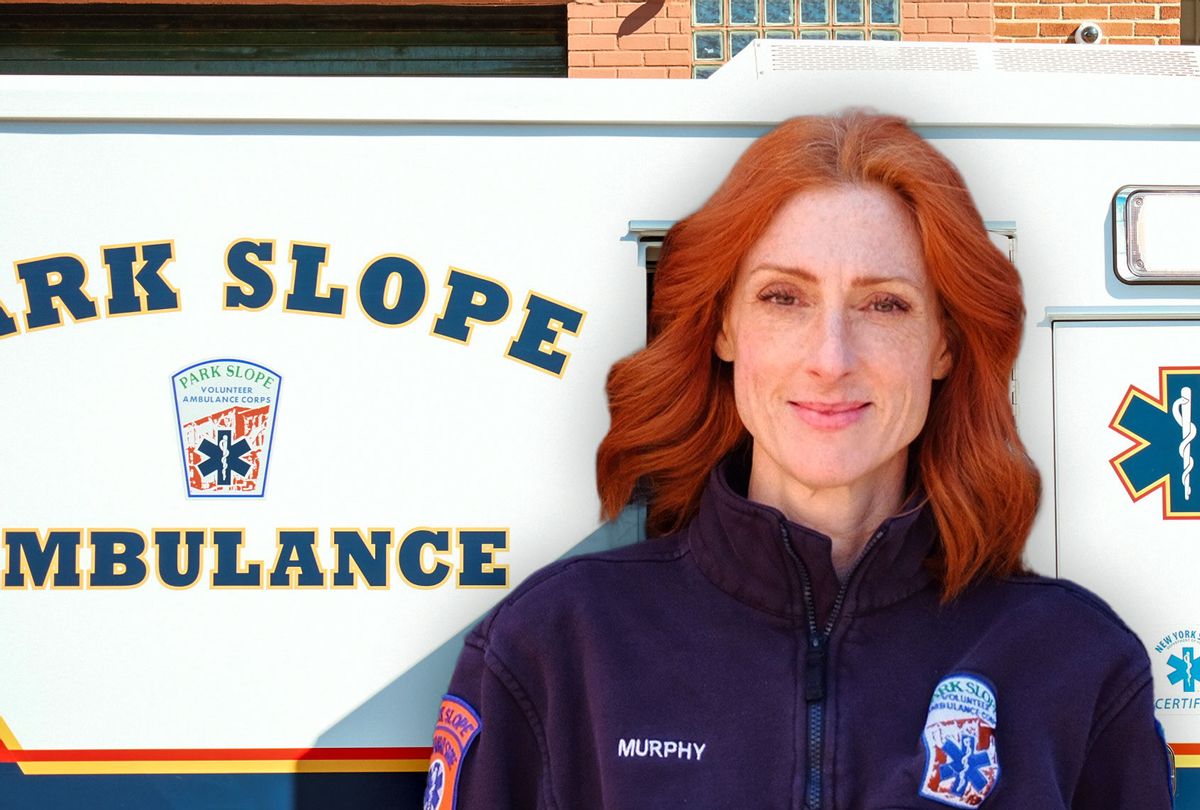 After over a year of isolation during Covid, my hunger to reunite with friends grew more and more desperate. Last spring, when New York City became the epicenter of the Covid-19 pandemic and I volunteered as an emergency medical technician, I often telegraphed to a better future that involved traveling to a warm-weathered island with my girlfriends, telling stories deep into the night, laughing for days.

Yet when the fatal spring peak eased last May, there was little reprieve. The public’s interest in front-line workers vanished, as attention shifted to the protests that erupted across the city, fueled by the police killing of George Floyd and others. As EMTs, we returned to our baseline state of invisibility. It shocked and saddened me to be so swiftly forgotten. “Never forget” is the slogan of 9/11, perhaps because of our historical failure at the art of remembrance.

When winter arrived, it brought with it another surge in Covid infections, along with the loss of a close friend: an FDNY firefighter turned ER doctor who lived in Las Vegas and died of World Trade Center-related cancer. He was a funny, kind, loving, mustached man who always wore a fire department t-shirt, made a heroic spiritual U-turn at the end of his life by getting sober on his deathbed, and helped me more than anyone when I was on the ambulance during the pandemic. He would spend hours on the phone with me debriefing about what I’d seen.

I’d become a first responder four years ago to honor his late brother, a firefighter killed on that horrific blue Tuesday morning in September 2001. The tragedies of 9/11 and Covid dovetailed for me in 2020, and I found myself pitched into a sea of grief. Even now, months later, I struggle to understand that my friend is gone. I don’t sleep well. I don’t eat well. I cry often. My therapist assured me this is a normal stage of grief, made more acute by isolation. She referred me to an article about people languishing.

One day a passage returned to me from a Jim Shepard story called “Boys Town,” about a struggling war veteran, which goes like this: “You get lonely, is what it is. A person’s not supposed to go through life with absolutely nobody. It’s not normal. The longer you go by yourself the weirder you get, and the weirder you get the longer you go by yourself. It’s a loop and you gotta do something to get out of it.”

When the possibility of taking a trip to Martha’s Vineyard with four of my closest friends arrived along with the vaccines, I seized the opportunity. I packed my bags, grabbed my best friend, and together we sped across New York, Connecticut, and Rhode Island, then ferried to the vineyard. We arrived on shore, sunglasses in hand, bursting with hope that our loneliness would abate. Isolation and suffering would give way to friendship, togetherness, and healing.

The four of us spent five days enjoying salty, lilac perfumed air, orange-pink sunsets, and delicious foraged watercress and sea bass ceviche. Nights, we stayed up late talking and telling stories, just as I’d dreamed. It was the closest I’d come to pre-pandemic life I’d experienced since the previous spring. And yet rather than the laughter I’d imagined would permeate the air, I was reduced to tears every day.

When I hugged one of my friends for the first time in a year, a deep sadness overtook me. I wept at how comforting it was to take in the miracle of our aliveness. I wept over all the events we’d missed in each other’s lives over the past year — the birthdays and brunches, funerals and holidays — the time we lost and would never get back. I was startled by the depth of my sorrow, the convulsion of tears released with each hug.

And while I was comforted by my friends’ companionship, after spending a few hours with them I felt like I’d just marched in the Saint Patrick’s Day Parade. I often retreated to my bedroom to read or nap, longing for solitude, the very thing I’d come to the island to escape. Unaccustomed to being out of my apartment, I jumped at the sound of an icemaker, mistaking it for an intruder who’d come to the house to murder us, obviously. At night I lay awake in bed, unable to sleep, thinking about the gray horrors of 2020, how the pandemic kept me from seeing my dying friend during the last months of his life, the catastrophic Covid deaths that were ransacking India at the time while we were seemingly tiptoeing out of the tragedy, ruminating on the unfairness of it all.

Why, despite being so grateful to be with friends once again, was I so easily overwhelmed, so plagued with feelings of sadness and loneliness, especially when this trip was the only thing that I’d looked forward to in months?

After a year of isolation and death, it’s fair to say we’re all a bit weird now. On the island it was impossible not to notice how odd we’d all become post-2020. One of my friends lost her home and now had a Band-Aid slapped across her forehead from running into a lacerating cupboard. One sobbed when she talked about losing her aunt to cancer. Another friend cried alone in her room while journaling in the morning.

Driving up a steep road flanked by the sea, one of my friends agreed the trauma we all feel is real and collective, but she added that some people had it worse than others during the pandemic. “Anyone who works in health care,” she said, looking at me sideways.

At first, I bristled at her remark. I didn’t consider myself especially traumatized, despite having worked on the front line as an EMT, particularly when I viewed my experience against that of full-time first responders who worked mandated overtime with no hazard pay, or friends who lost jobs, or family members, or their lives.

True, I’d been on the ambulance when the sirens flared and thousands of New Yorkers perished while my friend was dying of cancer. Yes, I’d gotten sick with what my doctor presumed was Covid, though I tested negative for the virus. No, I didn’t tell my friends who weren’t first responders about what I’d seen and felt during those godawful months. They were anxious enough as it was, stuck at home mainlining news and mortality data, and I didn’t think telling them things were much worse on the street than what they were seeing in the news would be especially helpful.

And so while it saddened me to admit it, my friend was perhaps right to stick me in a separate emotional sock drawer than the one she inhabited. Last year, in the chaos of the disaster, I didn’t have time to feel. This trip provided me with the opportunity to start to absorb the losses and reflect on how agonizing it had been to be confronted with so much death, how disheartening that half the country thought Covid was a joke, and how exhausting that while things were slowly getting better here, it still wasn’t over.

I know this is supposed to be the “summer of joy,” and I do feel a new sense of freedom and relief with get-togethers made possible by the vaccines. But as an EMT I can’t help but feel insulted that New York City has chosen to honor its front-line workers with a parade rather than by paying EMTs and paramedics a fair wage for the grueling and critical rescue work they’ve been doing thanklessly for years, with 2020 offering a master class in ambulance-driven heroism. And I can’t say I feel especially cheerful to be an EMT now or in agreement with the notion that Covid is somehow magically done with us. The last time I was on the ambulance and transported a psychiatric patient to the hospital, the adult and pediatric ERs were packed bed-to-bed with sick and dying patients, every nurse I encountered looked exhausted beyond endurance — they’re quitting in droves — and the fluorescent lights that illuminated the hospital floor seemed to highlight a world of endless misery with no end in sight for those on the front-line.

On a mental health questionnaire circulating among healthcare workers, one of the questions asked: When you think of Covid-19, how often do you feel disappointed in people? Never? Rarely? Often? Always?

The last day of the trip I dressed in all black in preparation to return to New York, ringing with gratitude at having seen my friends, but also reeling from newly registered sorrows. On the ferry ride home, I stared at the deep blue water and forced myself to acknowledge that this summer was not like the last. This year, 2021, was in fact different. Vaccines were here and they were working. Treatments were improving. People who died in the chaos of last spring now had a chance.

The trip with my friends was wonderful and I have not recovered — not even close. But it will get better, I told myself as I unpacked. In the meantime, I know the loneliness will still be there. But this time, I also know how to get out of the loop: I can reach out to friends and pull them close before things start to get too weird.

They indicted 16 members of a network that tried to traffic weapons and drugs between Mexico and the United States.

75 Best Cyber Monday Deals 2022 to Save Big On Your Favorite Beauty Products: Best…