January 24 is National Just Do It Day 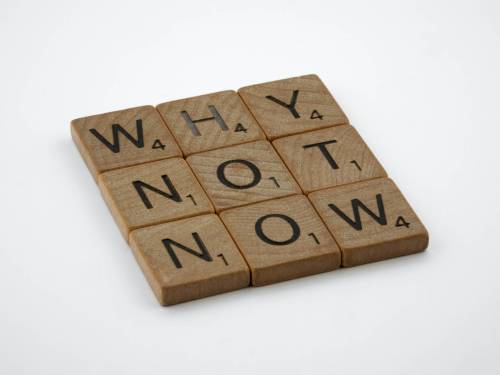 Did you know that January 24 is “Just Do It” Day? If not, no worries. We’re here to help you celebrate the day brilliantly and productively.

In 2015, National “Just Do It” Day was celebrated for the first time. Its purpose? On this day, we’re inspired to do something completely different or accomplish that one thing we’ve been putting off. After all, by doing even one tiny thing, we can start making a difference in our lives.

The History of “Just Do It” Day

It is believed that National “Just Do It” Day first took place in 2015. However, its exact origins are unknown. Since then, many people have used it to try something new. People have used this day to do things they always wanted to do but never did. Whether it was a travel plan they never followed through with, a job application they never sent, or a relationship they never pursued.

In terms of Nike brand recognition, the slogan “Just Do It” is the company’s most recognizable aspect. Initially used at a 1988 advertising meeting, the slogan has become synonymous with the company. Grimly, it was Gary Gilmore’s (twice-convicted murderer) last words that inspired Dan Wieden’s Nike slogan, “Just Do It.”

If you think about the American way of thinking, though, “Just Do It” extends way beyond shoes. It also represents focus and success. This is why it’s appropriate for a day when we tackle things we’ve always put off, or take the bold adventure we’ve always waited for. They motivate you to be your best self and keep you on your toes.

How to Celebrate National Just Do It Day

National Just Do It Day allows you to finish things that have been languishing for a long time. Here are a few ideas to get you started.

There’s no point in thinking if you don’t do it.

There are a lot of things we want to do or accomplish that we spend a lot of time thinking about. Whether we succeed or fail, we imagine how things will be. Living in our heads, we continually speak good and bad things about ourselves without ever taking any action.

In short, thinking does not result in action.

In order to develop successful habits, time management is essential. In most cases, getting started on your most important task and getting it done well and quickly will have a greater impact on your success than any other quality or skill you can learn.

People who develop good habits of being action-oriented and completing important tasks quickly will dominate those who talk endlessly and make grand plans that they don’t accomplish.

With so much on your plate, how can you become action-oriented? One trick I’ve found helpful comes from Derek Sivers.

“When deciding whether to do something, if you feel anything less than “Wow! That would be amazing! Absolutely! Hell yeah!’ — then say no.”

What is the most important thing to do on National “Just Do It” Day? Finally, getting around to doing the thing you’ve been putting off.

Whether you’re crossing something off your to-do list, reading a page from that book you’ve been meaning to read, or exercising more. Now is the time to put an end to procrastination!

Taking even the tiniest step forward will soon create momentum. This is due to the compound effect that results from continuous, incremental efforts over time.

Sometimes we procrastinate because we’re low on confidence. A positive mindset will, however, increase your self-confidence quickly. The way you talk to yourself positively matters more than anything else.

It is thought that the reason for this is that addressing yourself in the second person gives you the impression that you are receiving external validation and appreciation. You will feel more confident as a result. And as a result, you’ll be motivated to get things done.

Find a buddy for National “Just Do It Day.”

Procrastination can be avoided by having a partner who holds you accountable. It could be a spouse, partner, parent, best friend, neighbor, work buddy, or mentor. Ideally, we should share our National Just Do It Day lists a day in advance to make it easier for people to participate.

With this friend asking about the tasks, there is a bit of accountability. You can help each other accomplish some things in this situation.

Back in the day, software developer Brad Isaac asked Jerry Seinfeld for tips for young comedians. Creating better jokes is the only way to become a great comedian, Seinfeld told him. To write better jokes, you have to write every day.

However, that was just the tip of the iceberg. He finally revealed the secret to keeping himself motivated every day: his unique calendar system.

Issac was told by Jerry to get a wall calendar with a year on it and to hang it on a prominent wall. Then, he told Isaac to go out and buy a red magic maker.

He told Isaac to put a big red X over each day he wrote. “After a few days, you’ll have a chain. Just keep at it, and the chain will grow longer every day. You’ll like seeing that chain, especially when you get a few weeks under your belt. Your only job next is to not break the chain.”

According to Isaac, “works because it isn’t the one-shot pushes that get us where we want to go, it is the consistent daily action that builds extraordinary outcomes.” As a result, habits are built through daily action.

Take a look at some motivational learning opportunities.

Behavior is activated and sustained by motivation when it is directed toward a goal. The more people understand what motivates them; the easier it will be for them to apply them to their lives. And, what better time to embrace motivational learning opportunities on National “Just Do It Day”?

Nonetheless, there’s sure to be at least one trick that works for you out of so many strategies and tips. Consider trying a few out and seeing if they help, and remember that many of these strategies can be combined. Some examples would be trying out the Pomodoro Technique, looking at inspiring quotes, or listening to music that gets you amped.

Progress is ignited by sparks.

The fire that fuels your success isn’t motivation. In addition, it has nothing to do with willpower or restraint. Achieving meaningful results is not the result of motivation, as Jeff Haden points out in his book, The Motivation Myth. As Haden writes, motivation is “the fire that starts burning after you manually, painfully, coax it into existence, and it feeds on the satisfaction of seeing yourself make progress.”

After we begin working on a goal, we often feel driven to pursue it. Even if your first step is small, it’s a major leap forward in whatever you want to accomplish. In other words, take action as soon as you can.

Establish rituals that make you feel confident to avoid procrastination, and identify what stops you from doing so. Progress almost always follows when we stop getting in our own way. After all, it only takes a tiny spark to start a fire.

It is imperative to define what is done.

“While you don’t have to define it before you start, in my experience, it’s a very good idea,” suggests Sam Rogers. The same holds true for writing it down.

Here are some questions to help:

“Knowing what Done looks like also makes you admit to yourself when you’re changing direction,” adds Rogers. “Changing direction is totally fine as long as you know you’re doing it.”

“Stay conscious. Get to Done.”

Have fun on your journey.

It takes time, effort, and dedication to change, grow, and achieve your goals. As the old saying goes, “It’s not about the destination; it’s about the journey”? It applies here as well. The result is the destination, the goal, and the dream. The journey begins with taking action. Spend your days doing things that make you happy or satisfied. Take time to celebrate your small victories. Ultimately, in the words of Annie Dillard, “How we spend our days is, of course, how we spend our lives.”

Don’t think twice about it; do as Nike says, “just do it.” Get started. After all, we will only get to where we want to be if we take small steps every day, no matter how small.

The post January 24 is National Just Do It Day appeared first on Calendar.

Denial of responsibility! Yours Bulletin is an automatic aggregator of the all world’s media. In each content, the hyperlink to the primary source is specified. All trademarks belong to their rightful owners, all materials to their authors. If you are the owner of the content and do not want us to publish your materials, please contact us by email – [email protected]. The content will be deleted within 24 hours.
business newsProductivity
0
Share

AI experts on whether you should be “terrified” of ChatGPT