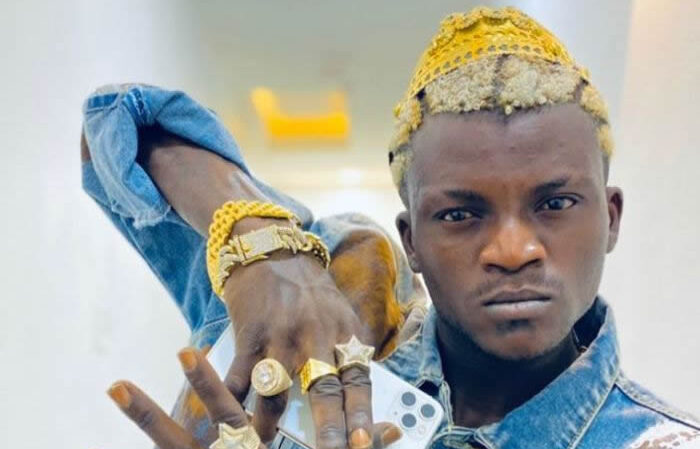 The controversial singer released his debut album ‘Son of Ika’ in 2022, which includes the hit ‘Apostle’ from his 2022 album, which tackled controversial preacher, Apostle Suleman Johnson.

In the 3:58 minutes song, Portable sings about different issues. However, the chorus to the music is perceived as glorifying ritual killings, which is a bane in Nigerian society.

“I go school, but I profess, Kuku kill me now because I’m wise. Why you come dey para. You go to school; you are not wise…. Kuku do ritual. If you do ritual, you die. If you no do ritual, you go die,” the controversial artiste sings.

Reacting to the song, MURIC “called on the National Broadcasting Commission (NBC), the National Film and Video Censors Board (NFVCB), the Nigerian Copyright Commission (NCC) and the Performing Musicians’ Association of Nigeria (PMAN), to take necessary action.

In a statement released on Monday, MURIC’s director, Ishaq Akintola, described the song as disgusting, detestable and egregious.

“It is a brazen assault on Nigerian and African values. Portable’s latest song has reduced human life to ordinary ants that can be stamped out under human feet without qualms and consequences.

“It is an open invitation to criminality. It makes a mockery of law and order. It is an open disrespect for human life,” Mr Akintola said.

Continuing, he noted that the song could influence our young ones negatively while destroying the future of the youth.

He further cited several news reports of young ones engaging in the act to get rich at their tender ages.

“Three teenagers were caught attempting to kill a 13-year-old girl for money rituals in Bayelsa State in January 2022.

“Four teenagers living in Abeokuta, Ogun State, killed the girlfriend of one of them for a money ritual. There is a plethora of ritual killings among young ‘Yahoo’ practitioners in the country,” he said.

He further called on all men and mothers in Nigeria, as well as Muslim and Christian leaders, to rise against the madness called ‘Yahoo Yahoo’ and ritual killings among the young.

“‘Kuku Do Ritual’ is a eulogy to glorify and elevate the names of ritual killers to high heaven.

“This album calls for immediate action from Nigeria’s traditional rulers. They are the custodians of our tradition. We, therefore, take our cry for help to these royal fathers to speak up on this sacrilegious song released by ‘Portable’,” Akintola added.

Since his rise to fame in December 2021, barely a week passed by without Portable making the news headlines for the wrong reasons.

In 2022, the singer was recorded ordering people to assault a young man. He also made a post on Instagram suggesting that he was behind One Million Boys, a cult group that ravaged the Ikorodu suburb in 2020

In both instances, he was invited by the police for questioning.

Tesla Remained a Bitcoin Hodler During Q2 of 2022