On being the madwoman in the attic: What “Jane Eyre” taught me about women’s anger 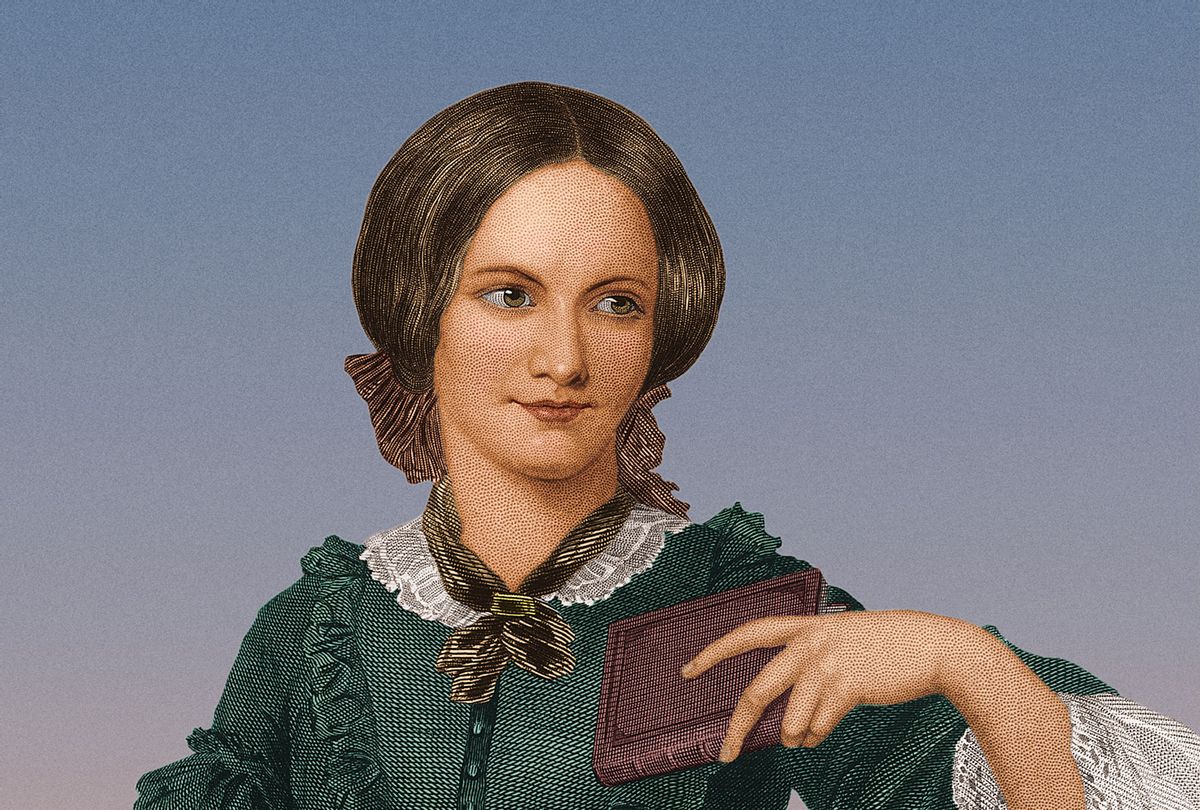 I have spent years of my life reading and loving Charlotte Brontë’s novel “Jane Eyre.” But in the last few years I have realized something: The main character of this novel isn’t Jane, but Bertha; the woman who we call “The Madwoman in the Attic.” As I have looked closer and closer at Bertha over the years, I have realized something important. I don’t think she’s a madwoman. I think she’s an angry woman. I think she wields her anger like a scalpel, and I want to learn from her precision.

I think women are made to straddle this line of mad and angry all of the time. When I was a college advisor a student of mine was on a club soccer team. She was playing, for fun, like usual, when a male student on her team said to her, “Anne, you need to work on your hustle.” When she politely ignored him, he “teased” her, saying, “we need to work on your issues with authority.” They were in the same year in school; he was not the team captain. Throughout practices and games alike, this young man would harass Anne under the guise of teasing. He would tell her to “lighten up” and say that she didn’t have a sense of humor because she did not find him belittling her funny. I gave her the advice I was given throughout my life: ignore him. It was not Bertha-informed advice.

Anne felt that by enduring his teasing, she was not standing up for herself. She was being made to swallow her anger, which is crazy-making. But if she had answered him, she would have been seen as confrontational, or even dramatic or “psycho.” She kept going and kept saying nothing. Her silence infuriated him, and the harassment got worse. She quit the team. And those are the only options we so often feel we have: Endure a form of harassment and say nothing, which will make you so angry it will get you to do something like quit, or say something, break the mold of what society deems as appropriate femme behavior, and be seen as crazy.

It is convenient for patriarchy to diminish women’s mental capacity when we’re pissed. But also, patriarchal behavior can make us seem “mad” when really, we’re angry. My student stopped responding to that guy, per my (probably bad) advice. She started pretending like she couldn’t hear him. This is literally behavior that appears to be unhinged from reality.

I have found myself in these situations too many times in my life and yet as a white, cisgender woman, fewer than others. I get to go to the bathroom in peace and am seen as acting “mad” much less quickly than women of color, who by and large have to endure more frequent and egregious forms of this form of toxicity. I’m speaking for myself when I say that these are situations when I feel as though my only two options are to let myself be steamrolled or to call someone out.

My grandfather left me a little money when he died and my uncle could not stand it. I agreed to give him half of the money but we had to go back and forth ad nauseum about the details. During this seemingly endless sending back and forth of documents, he would send me the changes that he wanted made and I would do the editing in the document. I was working two jobs at the time and this added part time job of doing his legal work (on top of my own) got to be too much for me.  When he sent me yet another round of edits that he wanted me to insert into the document I finally told him no, he could make his own requested changes to the document. Also, I didn’t say this, but I was finding it humiliating to help him essentially sue me.  The wrath that ensued when I said I wouldn’t continue as his legal secretary was one of the most striking about-faces I have ever seen. I was an “entitled bitch” and got emails and phone calls telling me so for days. I transferred the money into his account as he continued to call me names.

There have been dozens of smaller incidents like this one: when my college boyfriend would have me hold his beer in front of other men, even though surfaces that appeared structurally sound abounded. I could either hold the beer or not, but all eyes were on me. Or the years and years that one of my brother’s friends called me a clever nickname for Vanessa — Vannoying — because I “always had an opinion about everything.” I couldn’t say anything, because I would be proving his point.

Then there have been the bigger indignities. The ones that still bleed when I pick at the scabs. My C-suite level boss shook my assistant-level self and screamed at me as my feet dangled in the air. When he put me down, tears were in my eyes, so he patted me on the head and said, “Oh look at you, acting offended by this.” A man I went out with acted offended when I asked if he was married because of his strange behavior two or three weeks into our dating. “You’re being crazy. I can’t believe you don’t trust me.” When I reminded him of that moment after I had the proof that he was indeed married, he sighed in anger and said, “I wasn’t married when you asked.”  He had only been engaged and had gotten married a few days after that conversation. Then there is the other boss, the one I can’t tell you about because of the document I had to sign to keep my health insurance for a few months after he fired me for being the victim of harassment.

I have been on the wrong end of this dynamic too. My mom would sometimes get so tired and angry at my dad and us kids that she would “take a long walk.” She’d leave the door open as a symbol that she couldn’t do one more thing for us and that she would be back. We would always be scared that mom had gone a little bit crazy.

I am trained as a chaplain. I am supposed to live a life of kindness, compassion and empathy. But there are so many moments in my life when I feel like my two options are to swallow my anger or to be seen as “psycho.”  To be made mad or to be seen as a madwoman.

I am called confrontational, a pain in the ass and worse. I am called these things often enough that I wonder if I, on some level, enjoy confrontation and being thought of in such terms. Upon much thought, I have come to the self-satisfied conclusion that I actually find confrontation scary and uncomfortable. I just really don’t want to make another person’s suggested changes to a document when they could do it themselves.

Bertha Mason Rochester in Jane Eyre is called the “madwoman” because she lights beds on fire, stabs people, sneaks into rooms and rips veils, lights the house on fire. But when you look more closely at her actions, they make perfect sense. She sneaks out one night after ten years of being locked in the attic by her husband. Her caretaker has fallen too deeply asleep and Bertha has stolen the key. She does not injure her caretaker who is being paid to do a job. Bertha lights the bed of the man who is locking her up on fire. She never lunges for the maids who come to help tend her. But she stabs her brother who knowingly leaves her locked in an attic. When she is in a room with the woman who her husband is going to marry, she does not hurt the young, unknowing fiancée (Jane Eyre herself). Bertha rips up the veil that Jane will put on in the morning to marry Bertha’s husband. Bertha doesn’t hurt Jane: she warns her.

Bertha is not a madwoman, she is an angry woman who we, her readers, have been calling psycho for years.

One of the odd things to me is that when I am called angry or crazy, I am not feeling any of those things. What I am actually feeling, like Bertha, is trapped. I sobbed, unable to catch my breath, after my boss shook me. I felt stuck. I had just been assaulted and publicly humiliated and there was nothing I could do about it. I responded in a way that was described as “unprofessional and hysterical.” My body responded without my permission. If I could have gone about my day, that is what I would have chosen to do. But instead, I was so loud… so unwieldy. My sobs echoed in the bathroom and so I was sent home so I would stop “causing a scene.”

Bertha’s anger is magical because it seems to me that she is in complete control of it. My anger comes when I lose control. Bertha plays her anger like an orchestra.  She doesn’t take out her anger on Jane. She chooses sisterhood; warning another potential victim of Rochester. She takes out her silence, which has festered into rage, on the man who has gagged her and locked her up.

I do not believe in violence. I think that it is sometimes necessary but much more infrequently than it is used. So I do not suggest that we use Bertha’s strategy in its particulars for addressing our anger. (In her situation — essentially kidnapped and imprisoned — her behavior is completely reasonable, though.) Even though those of us reading this are likely never to be locked in attics by our husbands for ten years, I still think that there is much that we can learn from the way that Bertha expresses her rage. She looks herself in the mirror; she rips the products of the patriarchy; she is loud and she is persistent.

Our anger has been made quiet for too long. “Madness” is the diagnosis of a single person, not of a movement of intersectional solidarity. Anger is what drives us to stand up for each other and for ourselves in a persistent way that cannot be ignored. We are choking on the flames of our rage and being made mad by our sewn lips. It’s time to breathe fire and leave behind scorched earth.