Top 7 Things To Do In Aarhus, Denmark 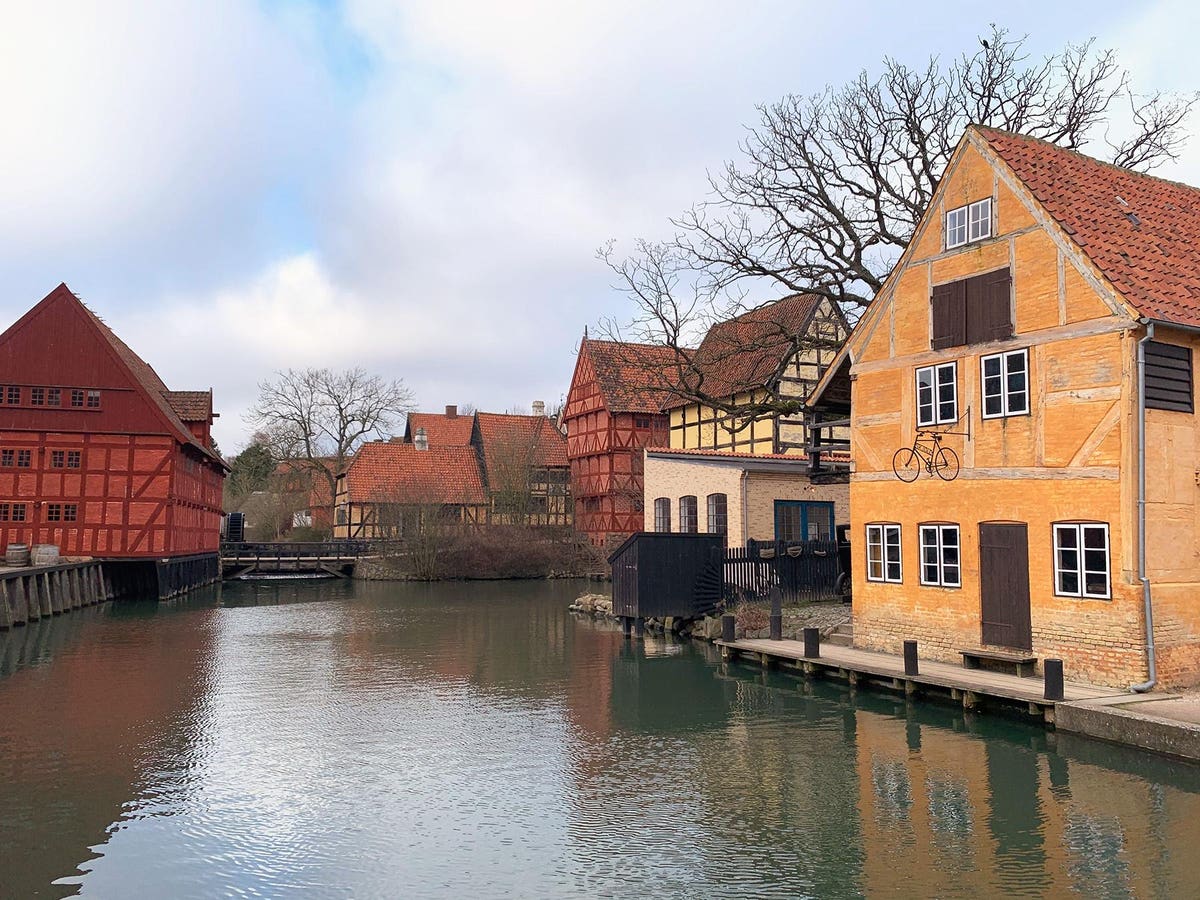 Aarhus has received a cultural overhaul over the past decade, underpinned by its year as a European Capital of Culture in 2017. Denmark’s biggest port and second biggest city is just three hours by train from the capital city Copenhagen.

Founded as Aros in the late 8th century, Aarhus was an important Viking Age settlement together with Ribe and Hedeby. Through the Middle Ages, the city grew quickly as a trading hub and prosperous religious center. Today almost 300,000 people call the city home.

For tourists, the city offers an intriguing mix of historical sites and modern cultural attractions, many built or expanded in connection with Aarhus’ year in the European spotlight. Here are 10 things to consider adding to your itinerary when visiting Aarhus.

Unlike other old towns in Scandinavian cities, Den Gamle By is not a district of the city where you’re free to wander around. It’s actually an open-air museum, home to buildings that have been relocated here from across central Denmark.

The result is a series of atmospheric cobbled streets, gabled buildings and waterfront views that give you a feel for Denmark during the late Middle Ages. Don’t miss the large underground museum telling the story of the city’s history and the excellent food on offer at the restaurant and cafe.

A perfect accompaniment to the neighboring old town, the Botanical Gardens were founded more than 150 years ago and remain free to visit.

Expect to see plants and flowers from all over Denmark and a central rockery featuring mountainous plants from around the world. Inside the greenhouses, four climate zones showcase plants from more tropical habitats.

The spectacular rainbow skywalk atop the city’s art museum is impossible to miss.

The tinted floor-to-ceiling windows of the circular skywalk, named Your Rainbow Panorama, provide visitors with uninterrupted views of the city and its flat surroundings amid the changing colors.

But the museum is about far more than the colorful topping. The permanent exhibition Human Nature curates work that presents the history of art through the prism of the meaning of life, while the impressive roster of temporary exhibitions ensures there’s plenty to see even if you’ve visited previously.

The tallest church in Denmark, Aarhus Cathedral is a striking reminder of the religious status of Aarhus centuries ago. Originally built in the last years of the 12th century, the cathedral was the center of power for the vast Ancient See of Aarhus.

Following a devastating 14th century city fire, the cathedral was rebuilt in the Gothic style popular in nearby Hanseatic cities at the time.

It’s a 25-minute bus ride from downtown Aarhus, but the Moesgaard Museum is well worth the trip.

Permanent exhibitions cover archaeological discoveries from the Stone Age, Bronze Age, Iron Age and Viking Age in Denmark and Scandinavia. The Grauballe Man, the world’s best preserved bog body, is the highlight of this vast collection.

Temporary ethnographical exhibitions add some global perspective, while the grounds are home to historic woodland and several reconstructed buildings.

The park’s population of sika and fallow deer are generally relaxed and accustomed to humans. Expect to be followed if you bring along one of their favorite snacks, sliced carrots or apples.

Private transport is needed to reach the park and it can be quite a walk from the parking areas at busy times.

While the old town and Moesgaard are the places to dig into the city’s fast, head to the waterfront to see how modern Aarhus is developing.

The neo-futuristic public library and cultural center Dokk1 is located at the former industrial port. To the north of the development, the former docklands have been transformed into Aarhus Ø, a vibrant, modern city district with architecture to match.

Denial of responsibility! Yours Bulletin is an automatic aggregator of the all world’s media. In each content, the hyperlink to the primary source is specified. All trademarks belong to their rightful owners, all materials to their authors. If you are the owner of the content and do not want us to publish your materials, please contact us by email – [email protected]. The content will be deleted within 24 hours.
AarhusAarhus DenmarkArosdenmarkDokk1Viking Age
0
Share

How I got Kanye West to feature in ‘Oliver Twist’

The Best Boots, Jackets, and Jeans at Nordstrom…

I added a camera to my Apple Watch and this is…