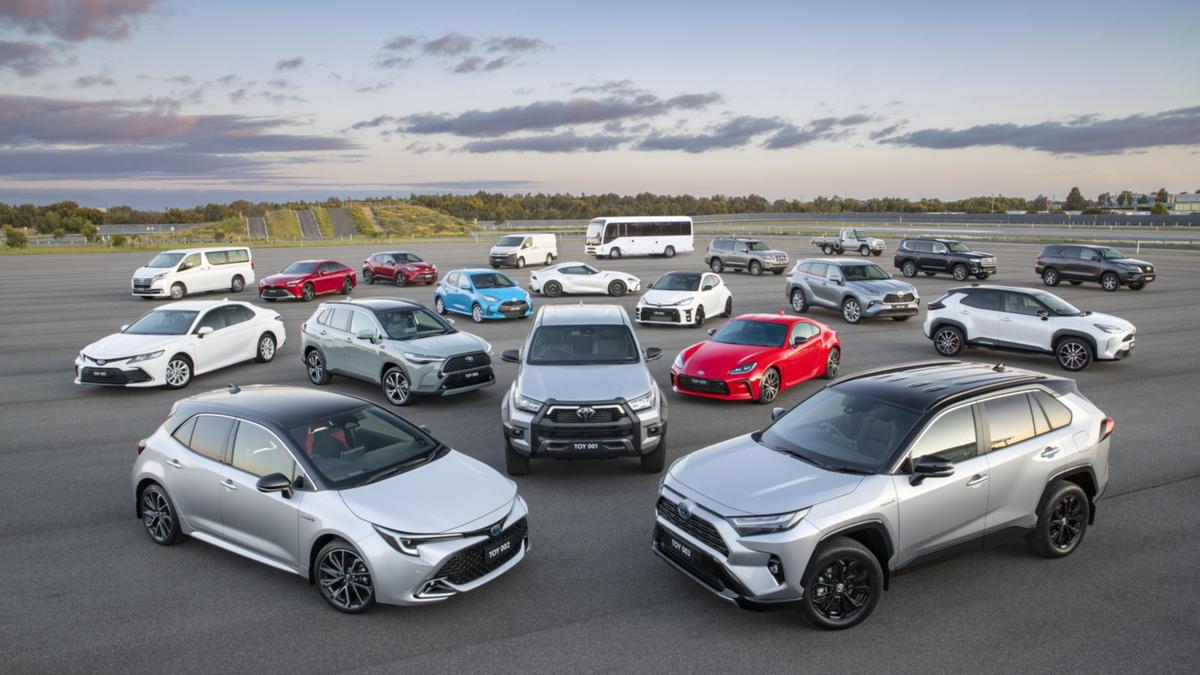 Toyota is planning to dramatically increase its production in 2023 to start whittling down long customer wait times, but warns it could miss its target by as much as 10 per cent.

To give that context, Toyota last November downgraded its production plan for the outgoing Japanese financial year (April 1, 2022 to March 31, 2023) to 9.2 million cars, down from the previous goal of 9.7 million cars.

If Toyota attains its goal it will thereby boost output this year by 1.4 million vehicles, or 15.2 per cent year-year (YoY).

Such news will be music to the ears of Toyota Australia, whose customers are still waiting between one and two years for a RAV4 or Camry Hybrid or 18 months for a LandCruiser 300 Series. LandCruiser 70 orders remain paused due to an overwhelming wait list.

However, Toyota has reserved the right to downgrade its forecast if the global logistics situation doesn’t improve.

“Currently, we are working toward a production volume with a ceiling of 10.6 million units for 2023. However, as in the previous year, the impact of parts supply shortages such as semiconductors remains unclear,” the company said.

“Thus, we have set a baseline production volume with a downward risk fluctuation range of approximately 10%. This value is intended to communicate production plans to suppliers and other stakeholders as a baseline reference for planning personnel structures and facility capacities.

“We are sharing this value that incorporates a range as there will be fluctuation risks to our production volume ceiling in the event of impact from parts supply shortages such as semiconductors, as there was in the previous year. We will work closely with our suppliers in advance to reduce the impact of fluctuations as much as possible in our production activities.

“The situation this year remains difficult to predict due to factors such as semiconductor shortages and the spread of COVID-19.

“However, we will continue to carefully examine parts supplies and supplier situations to create more stable production plans and reduce supplier burdens, while considering all possible production fluctuation measures to ensure that we can deliver as many vehicles as possible to our customers at the earliest date.”

“We expect the volatile situation with supply will continue in 2023,” Toyota Australia vice president of sales, marketing and franchise operations Sean Hanley told us.

“…I’m hopeful for the second half we will see some upside. I want to reassure customers we are doing everything possible.”

Mr Hanley went on to say that enquiry levels for Toyota vehicles were getting back towards pre-COVID levels which, perhaps counter-intuitively, means a reduction.

Toyota’s well-publicised supply shortages and subsequent wait lists prompted many people who weren’t ready to buy for a year or more to order their car regardless, just to get into the queue.

“We, like many other people in the industry, have had unprecedented levels of demand. I’ve never seen it so high, [and] the reality is we talk about enquiry levels dropping to pre-COVID levels,” Mr Hanley said, once again apologising to affected customers.

Mr Hanley predicted another year of 200,000-plus sales in 2023, equal to a retention of around 20 per cent market share or greater.

“We go into 2023 with a very healthy order bank. We aren’t complacent, in the end the final result will depend on ongoing supply.”

Denial of responsibility! Yours Bulletin is an automatic aggregator of the all world’s media. In each content, the hyperlink to the primary source is specified. All trademarks belong to their rightful owners, all materials to their authors. If you are the owner of the content and do not want us to publish your materials, please contact us by email – [email protected]. The content will be deleted within 24 hours.
BusinesslifestyleMotoring
0
Share

I transformed my car into the perfect holiday home for less than £1,300