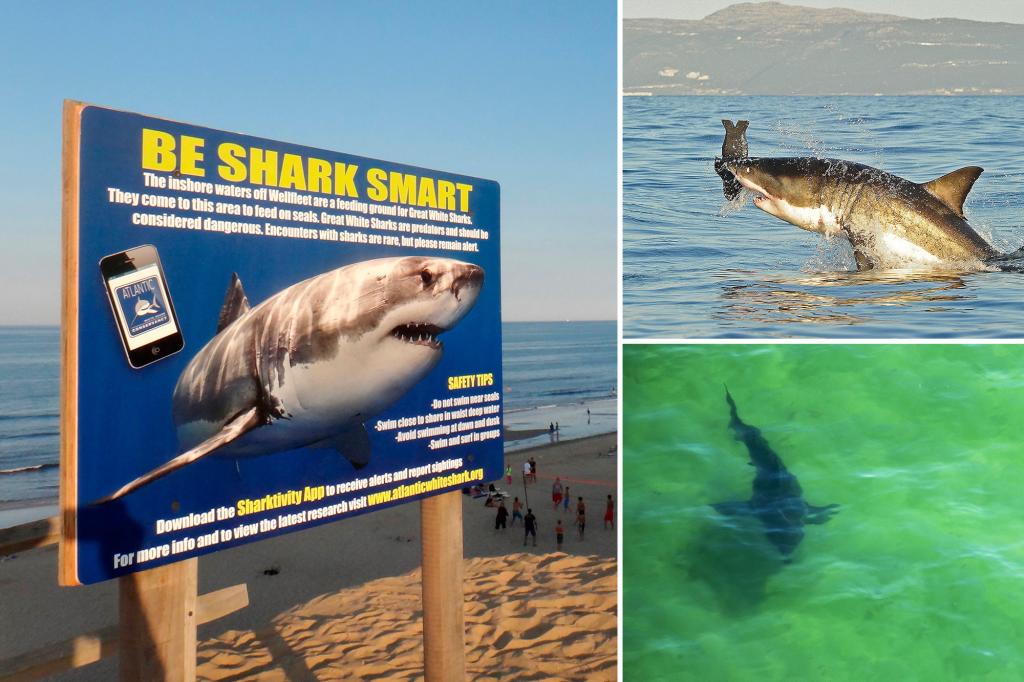 CAPE COD, Mass. – The summer beach season is here and officials warn of the possibility of encounters with sharks along the New York Coast.

Extra crews that include boats, helicopters and even drones are out in what police are calling an “all hands on deck” weekend.

FOX Weather’s Nicole Valdez visited Cape Cod, a popular tourist destination and the home to the infamous movie “Jaws”, to talk to researchers about shark interactions.

The Atlantic White Shark Conservancy says they know of less than ten shark attacks around Cape Cod since 1937, and it’s because humans are not on the menu, despite what the popular movie might suggest.

But even though the numbers are low, the massive apex predators frequent the Northeast this time of year.

“We see them kind of following their own food source, the gray seal off of the coast of Cape Cod,” Maddie Porier with the Atlantic Shark Conservancy said. “So as our water heats up here off of Cape Cod, we do see those white sharks being a little bit more active close to shore.”

Porier and her team have tagged and tracked just over 200 sharks across the Atlantic Ocean.

The nature conservancy says that there are a couple of things swimmers can do to try and avoid getting too close and personal with one of these sharks:

And most importantly, listen to the lifeguards if they warn you to get out of the water. Lifeguards get these alerts firsthand from researchers and are in charge of deciding if and what action to take, if there could be a shark nearby.

Denial of responsibility! Yours Bulletin is an automatic aggregator of the all world’s media. In each content, the hyperlink to the primary source is specified. All trademarks belong to their rightful owners, all materials to their authors. If you are the owner of the content and do not want us to publish your materials, please contact us by email – [email protected]. The content will be deleted within 24 hours.
attacksbeachesCape CodLivingsharks
0
Share

Twitter bans over 46K bad accounts in India in May

Cocktail of the week: Cellar at Kindred’s West 6 Buttered Up – recipe | Cocktails