Why Swiss Watches Are Held Hostage During Divorce Proceedings 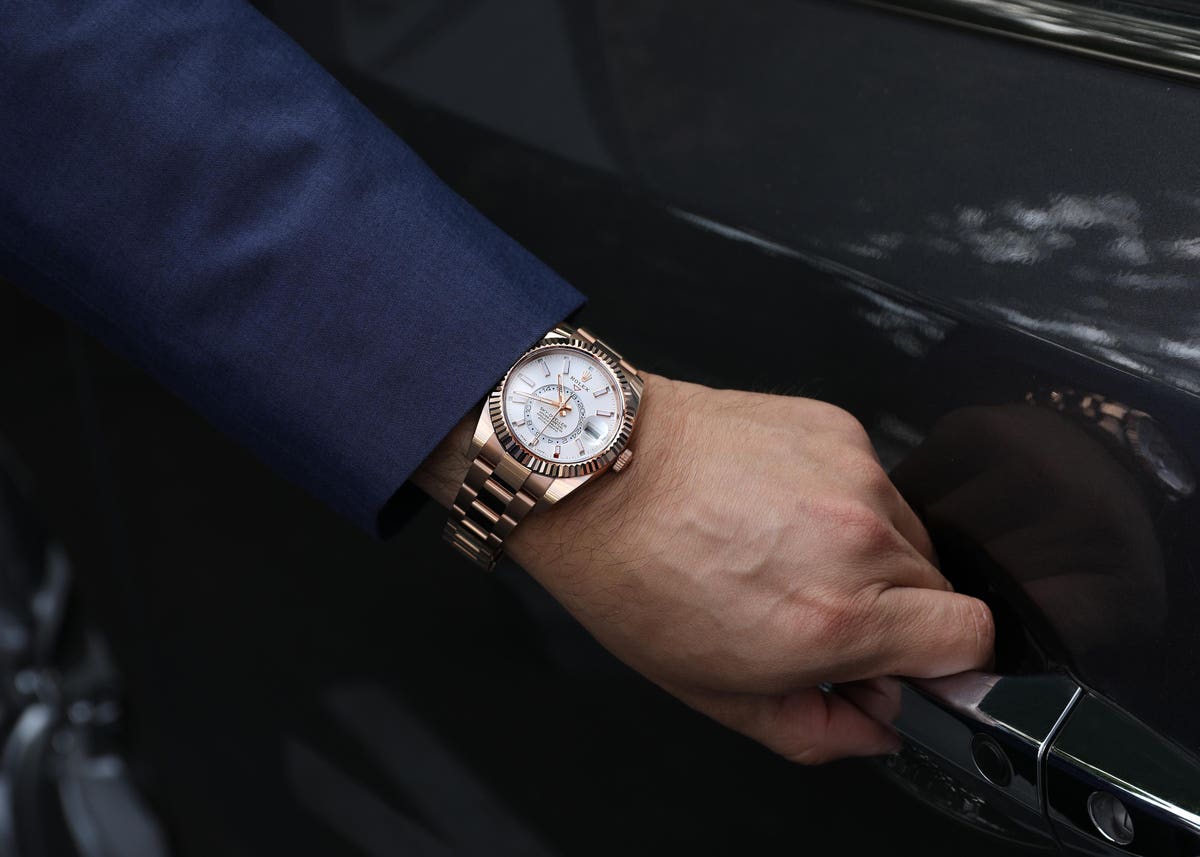 Married Swiss watch collectors, beware: these treasured timepieces can cause cataclysmic custody battles in divorce court. As New York-based marital law attorney Peter Bronstein related, “I have a case now in which a wife who was unhappy with her situation went to the family safe and removed a collection of watches that clearly belonged to the husband and moved them to a vault box that’s under her control before she filed divorce papers.” Bronstein, who is representing the husband, had a watch expert for his client’s side value his collection at over $600,000. The opposing side’s lawyer did not dispute the value. “As this litigation has been pending for three years,” Bronstein said, “my client’s watches have been held hostage for those three years.” Three years is indeed a long time, and as Eugene Tutunikov, co–owner and CEO of the online pre-owned Swiss watch retailer Swiss Watch Expo, mused, “Time literally is money, especially when Swiss watches are held hostage.”

Among the watches in his client’s collection, Bronstein related, “are some very valuable Rolexes and some Patek Phillipes that are worth hundreds of thousands of dollars. One Patek Phillipe watch, which is a diamond-encrusted Nautilus, has a particularly unique history as it had been given to my client by a head of state.”

Bronstein and his client await a decision in which the judge will ascribe the value to the marital estate, including the watches. “If the judge concludes that the diamond Nautilus is a gift,” Bronstein explained, “he will direct that it be returned and the value will not be counted as a marital asset. The judge has the power to determine who keeps the watches themselves, but once they are fairly valued, it doesn’t matter unless there is some major sentimental reason why one party wants a particular watch, or other similar chattel.”

How and why did Swiss watches become popular pawns in divorce proceedings? Jeweler and Swiss watch dealer Oliver Smith, owner of Oliver Smith Jeweler boutiques in Aspen, Colorado and Scottsdale, Arizona, has observed several divorce-related horological horror stories. He ventures that divorce-related Watch Kidnappings may be linked to the recent rise in women wearing large Swiss luxury watches as fashion statements. “A few years ago,” Smith recalled, “women started wearing larger watches. The luxury watch industry was slow to react and start designing larger watches for women, so many began borrowing their husband’s watch, as that was the preferred size for the fashionable.”

Having sold such brands as Rolex, Parmigiani Fleurier, Cartier and Panerai for the past 30 years Smith also manages the Panerai boutique in Aspen, Colorado. Smith said that in his experience, “Many men never come clean to their spouse about the true cost of the watch they are wearing. They tell them, ‘Oh this was only a couple thousand’ when in fact it’s a $50,000 timepiece. When a husband sees his wife wearing their watch with a tennis bracelet and scratching it all up because they throw it into a change purse when they’re at the gym, they get nervous.” When husbands see that their wives “have zero regard for what is a highly valuable watch, a dilemma develops.” Scenarios like these “gave rise to women understanding the true value of these watches” preceding a divorce.

It’s worth noting that estranged husbands also are known to seize Swiss watches that they’ve given to their wives as gifts during explosive divorce proceedings. In an internationally reported case, a custody fight over a $35,000 Rolex watch nearly quashed a multimillion-dollar divorce settlement between Pink Floyd musician-songwriter Roger Waters and his estranged fourth wife, filmmaker Laurie Durning. According to the New York Post, Durning, who was represented by the above-quoted attorney Peter Bronstein, declared in Manhattan Supreme Court, “I want my watch. That’s all,” mere minutes before she was set to sign the papers that would finalize her divorce from the rock’ n’ roll legend.

As the New York Post reported, “What an a–hole you are,” Durning told Waters as the judge took the bench. Also per the Post, Waters responded to the insult by raising his hands up by his shoulders and shrugging as if to say, “Whatever.” The couple had a prenuptial agreement that was described as “generous” to Durning, according to the Post’s source. While details remain confidential, Waters is reportedly worth at least $100 million dollars. With lyrics written entirely by Waters, Pink Floyd’s The Dark Side of the Moon is one of the most successful rock albums of all time. Having spent 736 consecutive weeks (that’s 14.1151 years) on the Billboard 200 chart, the album sold over 40 million copies worldwide. Waters left Pink Floyd in 1985 but has been performing the band’s classics like “Dark Side of the Moon” and “The Wall” on solo tours since then.)

The conflict continued when Waters’ lawyer, Robert Dobrish, told Durning, “It’s your watch. Pick it up at the store.” Durning told Justice Lori Sattler that she had tried to retrieve her gold Daytona Rolex from the authorized Rolex repair facility, but staff refused to release it because the timepiece was being held in the name of Waters’ assistant. The Post also recorded that Durning told the judge, “When I handed his personal stuff back to him, he should have handed me the watch.” Justice Sattler responded by ordering both parties to sign a second agreement, in addition to their divorce settlement, stating that the watch belonged to Durning.

According to Bronstein, there are some crucial steps that watch collectors, and those who receive watches as gifts, can take to help prevent divorce-related horological horror stories. First on the list involves getting a certified appraiser to appraise the watch or collection. “Watches should be appraised. They may turn out to be an important asset of the marital estate. A watch collection, like any collectible, can have real value,” Bronstein noted. “The appraiser, where possible, should personally examine each piece.” Tutunikov agreed with Bronstein, and added, “If you self-purchase a watch or a piece of jewelry, always keep the receipts as proof of your purchase.”

On the subject of watches given as gifts, while Bronstein’s client may have received his diamond-encrusted Patek Phillipe Nautilus as a gift, how does one document such a gift? “The answer is, any way you can!” Bronstein said with a laugh. “Everything can be helpful. A photograph, an email or testimony of either the donor or the recipient, or both. The circumstances can also be relevant, such as the date, which might be adjacent to an important event or holiday.”

Try to keep any supporting evidence of a watch given as a gift, Bronstein advised. There may be a card that accompanied the gifted watch that reads, “Happy Anniversary”, or “Congratulations on a job well done.” Bronstein added that, “A watch given at a retirement dinner for years of service to the company may be a marital asset just like the annual bonus. It’s not salary, but it is related to the services provided.” Bronstein asked, “Was the watch in that example given to a husband as a gift for services? Or was it given to him by someone out of deep appreciation for a friendship? That is a question of proof.”

Further complicating matters is the fact that in the appraisal business, there are several different types of value. The lowest is cash estate value, or what a willing buyer and seller will trade a piece for cash value. As Smith observed, “This can create a big price differential between a watch’s replacement value and its estate value. The fact is, he asserted, “Watches are insured at replacement value, but they are traded at estate value. So you can see the battle coming to establish an agreed upon value of a watch, or of a collection, during a divorce.”

In summary, getting your watch or collection appraised, keeping accurate sales slips or cards that accompanied a gifted watch, and telling your spouse the true cost of your Swiss watch could potentially save you horological heartache, as well as legal fees. As Tutunikov mused, “The time to protect your watches from Fate is now.” Should you come through a divorce maintaining possession of a watch given to you by your ex, Tutunikov related, “You can always sell it, should you need or want to. Many of our customers sell because it either reminds them of their ex, or their new partner prefers that they off load a highly visible, daily reminder of that past relationship. As he explained, “Many times we’ve had men and women come in with a watch to sell that came from an ex, only to realize that they will miss wearing a luxury timepiece. So,” he continued, “they trade their old watch in and gain the funds to upgrade to a new one that symbolizes the bright future ahead. There’s nothing like a new watch to make you live in the moment, treasuring your time,” Tutunikov said.

No restaurant can afford lazy, brainless service staff – but that’s the reality when so few want to work in hospitality