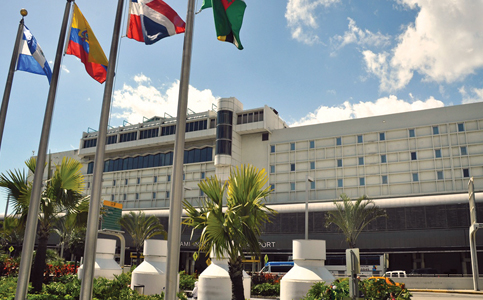 With the return of international travel for vaccinated non-US citizens nationwide, Miami International Airport expects a spike in overall passengers following a steady increase in air traffic since the lowest numbers of the pandemic.

The Biden administration announced Oct. 15 that the US will lift international travel restrictions for fully vaccinated travelers Nov. 8 for about 39 nations previously restricted since 2020. According to the Miami-Dade Aviation Department, six of those nations, including Brazil were among Miami International Airport’s busiest tourist markets in 2019.

Greg Chin, director of communications for the Aviation Department, said the lifting of international travel restrictions will make a huge difference in the increase of overall flying passengers at MIA.

The Aviation Department foresees for the fourth quarter a larger wave of passengers to MIA, with already 7.7 million of its 22.8 million total passengers through August traveling internationally, according to the department.

“We really benchmark ourselves against 2019 traffic – as far as determining when we rebounded – because 2020 was at its worst, when we were down 95% and started to creep up as the year went on,” said Mr. Chin. “Everything compared to last year is better.”

Domestic travel at MIA is 5% lower than 2019, but published airline schedules are showing a 10.1% increase in departing seat capacity from October to December compared to 2019 levels.

American Airlines remains MIA’s busiest carrier, Mr. Chin said. American is to increase its flight schedule to the most at the airport since the pandemic hit, with 340 daily flights by December, he said. According to a press release, American Airlines will add two new international destinations and six new domestic routes during November and December, offering a total 130 non-stop destinations.

Frontier, which is among MIA’s top carriers, will launch nine new non-stop routes from Miami, including new services to Aruba and the Turks and Caicos, for a total of 41 non-stop domestic and international destinations, according to the Aviation Department.

Spirit Airlines, which began serving MIA Oct. 6 with nine destinations, will expand on Nov. 17 to 28 cities and in January will add three more international destinations to total 11 international and 20 domestic destinations. “That will be another huge boost and it already has been, so far,” said Mr. Chin.

Other top performing airlines by seat sales are Delta, Southwest, Jet Blue and United, he added.

MIA has been recognized by the Airports Council International’s airport health accreditation program for its health measures and procedures following the Covid-19 pandemic.

“We know tourism is a huge driver of business revenue and jobs in our community,” Mr. Chin said. “More flights and more passengers mean more tourists spending in our community; it means more job availability because companies need to hire more people in hotels, restaurants, transportation. It’s a win-win for our community when we have more visitors coming to Miami-Dade County.”