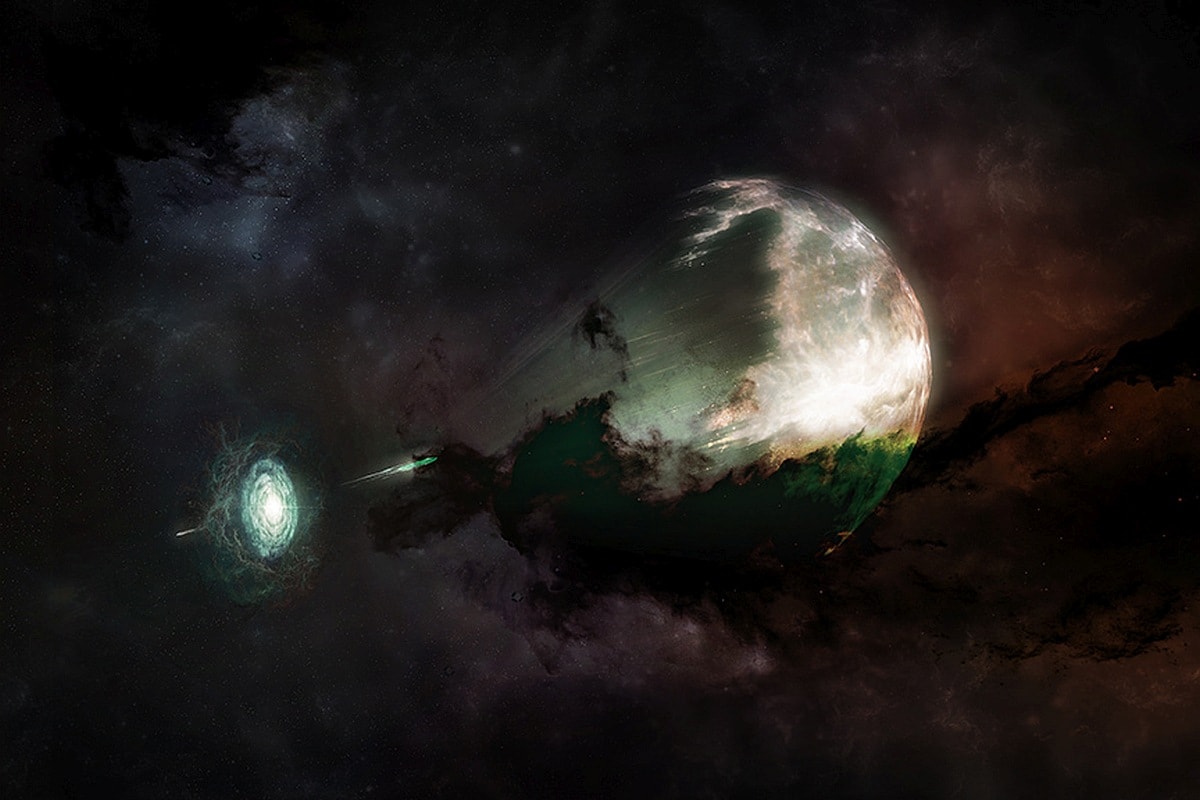 Millimetre-wavelength light originating from a collision of a neutron star with another star has been captured for the first time by researchers. The team, led by astrophysicists from Northwestern University, US, and Radboud University in the Netherlands, has claimed that the flash emerging from this collision was among the most energetic short-duration gamma-ray bursts (GRBs) ever observed. GRBs, which are considered to be the most energetic explosions in the universe, can release more energy in a few seconds than the Sun emits over its entire existence.

They can take place when bodies like stars collide, or a new black hole is formed. While six gamma-ray bursts like this have been observed previously, all of them were recorded at a longer wavelength.

However, with the use of the Atacama Large Millimeter/submillimeter Array (ALMA), an international observatory operated by the National Science Foundation’s National Radio Astronomy Observatory (NRAO), scientists were able to record this GRB, marked as GRB 211106A, at millimetre wavelength.

“This short gamma-ray burst was the first time we tried to observe such an event with ALMA,” said Northwestern’s Wen-fai Fong, principal investigator of the ALMA program.

Located in Chile’s high-altitude Atacama Desert, the ALMA array, which comprises 66 radio telescopes, is the largest such setup in the world.

“Afterglows for short bursts are very difficult to come by, so it was spectacular to catch this event shining so bright. After many years of observing these bursts, this surprising discovery opens up a new area of study,” Fond added.

The millimetre wavelength, when combined with X-rays, could help in having a better understanding of the true energy of the explosion. Since emission at millimetre wavelengths can be detected for a longer time than in X-rays, they also can be used to determine the width of the GRB jet.

Thanks to the millimetre and radio detection of GRB 211106A, researchers are hopeful of being able to measure the opening angle of the jet. The data collected from it could be a breakthrough in learning more about extreme events, and the effect they have on the space around them.

Denial of responsibility! Yours Bulletin is an automatic aggregator of the all world’s media. In each content, the hyperlink to the primary source is specified. All trademarks belong to their rightful owners, all materials to their authors. If you are the owner of the content and do not want us to publish your materials, please contact us by email – [email protected]. The content will be deleted within 24 hours.
neutron star collision captured millimter wavelength first time neutronstar collision
0
Share

Crypto Brokerage Company Robinhood Lays Off A Quarter Of Its Employees

Intel Arc is here, and it’s cheaper than AMD and Nvidia

Everything we know about the upcoming iPad Pro with M2 chip

The Google Pixel 7 could be getting four global models