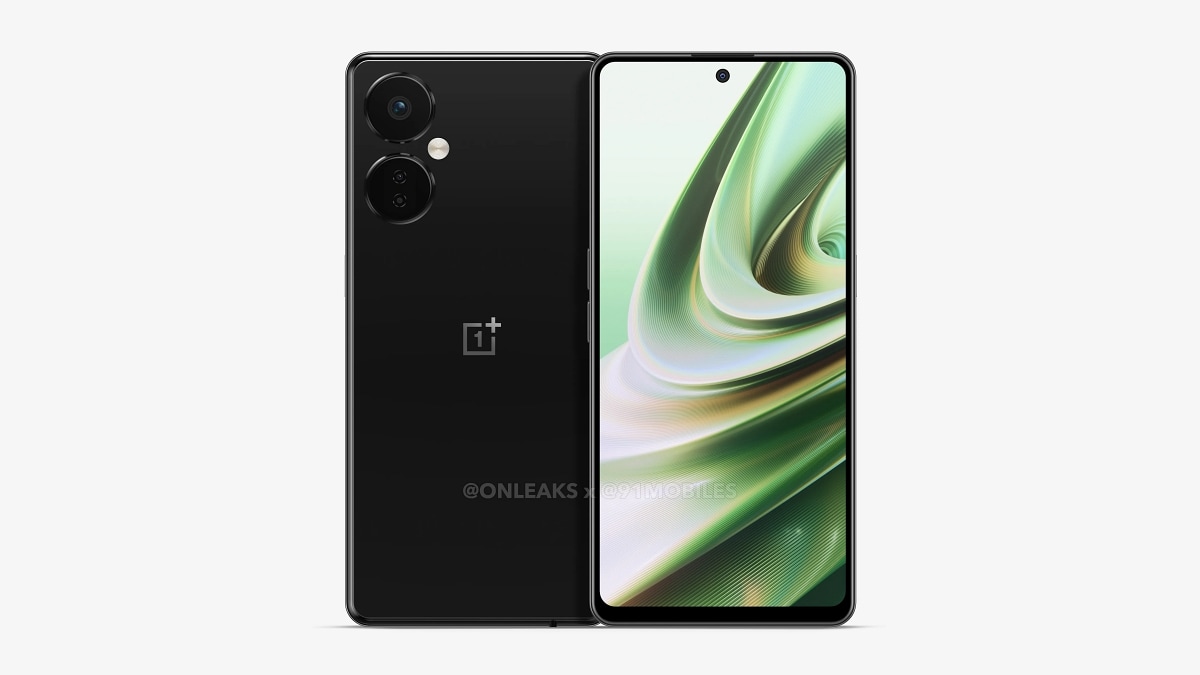 OnePlus Nord CE 3 5G is expected to be announced soon and new leaked renders now suggest its design. OnePlus usually makes minor changes to the designs of its smartphones and over the years has often resorted to polishing its typical design language which gives its smartphones that unique OnePlus look and feel. However, things changed drastically with this year’s OnePlus 10R 5G, which took a completely different approach to design and materials for a premium OnePlus device. And now, it seems that the unannounced OnePlus Nord CE 3 5G could be the next smartphone to go down this path.

The design renders suggest that OnePlus has dropped the rounded appearance of the CE series and gone with a chiselled look with straight lines, flat sides and sharper corners. While the rear camera setup does appear familiar, the two circular camera cutouts appear to be fitted directly onto the rear panel instead of being nestled into a protruded camera module.

The back panel has a glossy finish with the OnePlus logo that reminds us of the older OnePlus X smartphone, which featured a similar slim design with a single rear camera that sat flush with the surface of the rear panel. There’s no ‘Alert Slider’ just like on the previous model, but there are flat buttons for power and volume on either side, which is similar to what is available on the OnePlus 10R 5G.

In terms of specifications, a previous report points to the smartphone featuring a Qualcomm Snapdragon 695 SoC with up to 12GB of RAM and 256GB of storage. The phone is expected to feature a 6.7-inch full-HD+ LCD display with a 120Hz refresh rate and feature a side-mounted fingerprint reader. The phone is also expected to be available in an 8GB RAM and 128GB storage variant.

The rear camera setup is said to feature two 2-megapixel sensors apart from the 108-megapixel primary sensor. The selfie camera is said to have a 16-megapixel sensor. Other previously leaked details hint at a 5,000mAh battery with 67W charging support. The above details haven’t been officially announced by OnePlus, so we advise our readers to take them with a pinch of salt.