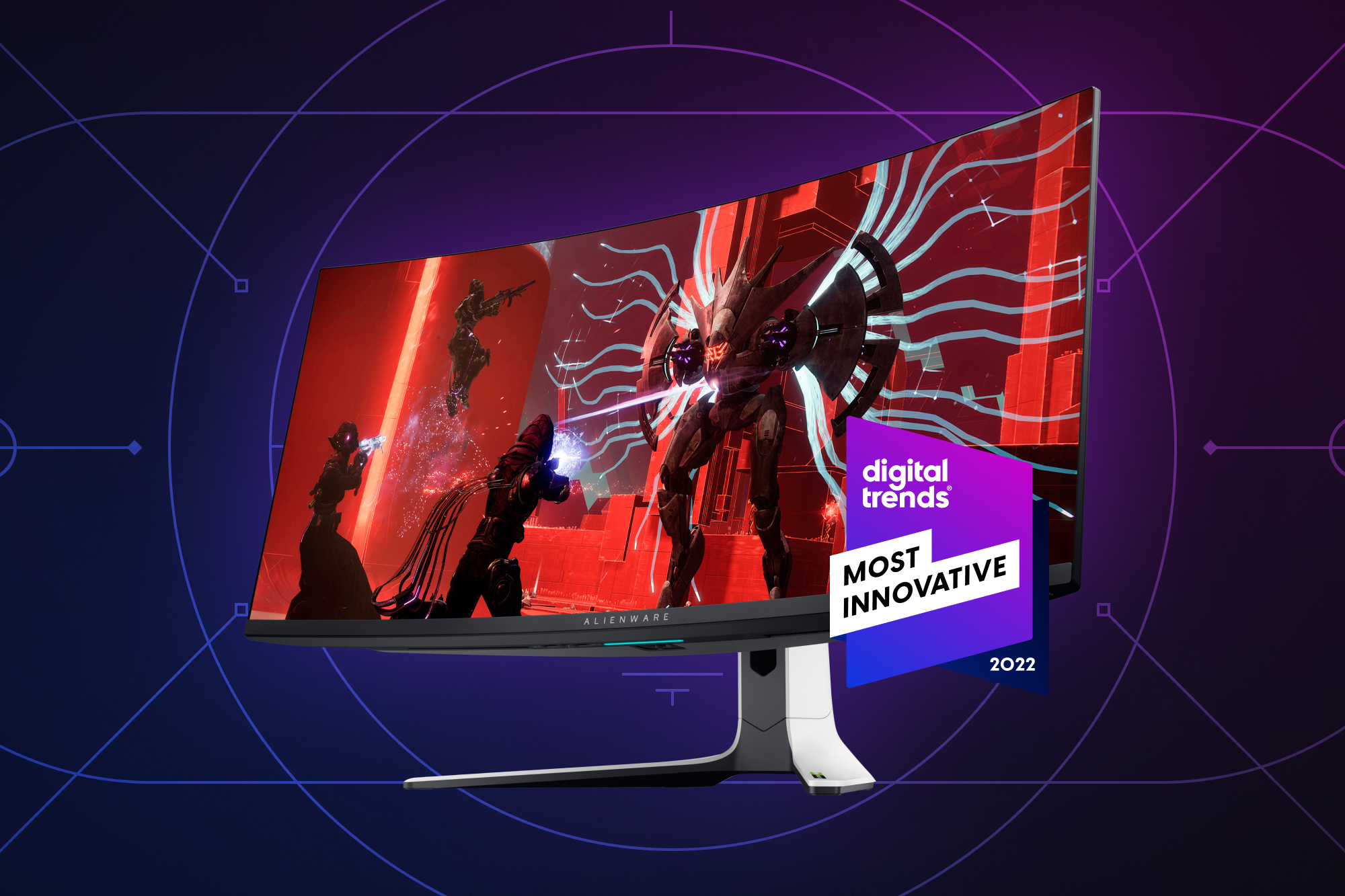 You might not think of old-fashioned PC monitors as the most innovative space in tech, but there’s been a resurgence in the past couple of years. Better panels, interesting new form factors, gaming monitors that rival TVs in almost every way. The best part? It really feels like things are just getting started.

Want to see the rest? Check out our full list of the most innovative tech products of 2022!

No monitor made an impression on us this year quite like the Alienware 34 QD-OLED. It’s still the only QD-OLED gaming monitor available, despite having come out almost six months ago. That’s given this Alienware monitor some time to bask in the limelight, and prove just how good the QD-OLED technology really is.

The Quantum Dot OLED panels from Samsung bring the best of both worlds together — the color accuracy of Quantum Dot with the incredible contrast of OLED. The result is a gorgeous gaming screen with exceptional HDR performance. We’ve beating the drum for wanting better PC monitors for HDR gaming all year, and it was the Alienware 34 QD-OLED that kicked everything off.

Of course, that magnificent display is wrapped in an increasingly popular form factor — the 34-inch curved ultrawide. We’ve never had OLED gaming monitors that are actually designed to plop on your desk, and the Alienware 34 QD-OLED proves just how fantastic that experience can be. With LG’s 27-inch OLED coming in 2023, there will continue to be more options for PC gamers — and that’s a really good sign.

The LG DualUp is an extremely unique monitor. Its aspect ratio is 16:18, meaning it’s slightly taller than it is wide. That might sound random to you, but the sizing is deliberate. A 16:18 aspect ratio allows you to stack two 16:9 windows on top of each other — whether that’s two Chrome windows, or different elements of your Premiere project. Sidenote: it’s also great if you want to have a 16:9 video playing while you’re working below.

The Asus ROG PG42UQ shouldn’t work. It’s a 41.5-inch OLED TV pretending to be a monitor, but despite seeming like such an unmanageable form factor, you can use the PG42UQ every day. Sporting the same panel as LG’s C2 OLED TV, the PG42UQ carries some of the best color and HDR performance you can find in a monitor right now. It spruces up LG’s take, too, with a higher 138Hz refresh rate, DisplayPort and extra HDMI connections, and even a thread for a camera.

It’s beautiful and packed with features, but it’s how Asus manages a 41.5-inch screen that makes the PG42UQ stand out. The base is low and shallow, so it doesn’t take up unnecessary space on your desk. This setup means the PG42UQ doesn’t sit much higher than a typical monitor on its stand, either, all while providing a wider field of view for immersive gaming or the opportunity to kick back your chair with a controller.

29 New Open Edit Finds From Nordstrom That Look So Expensive