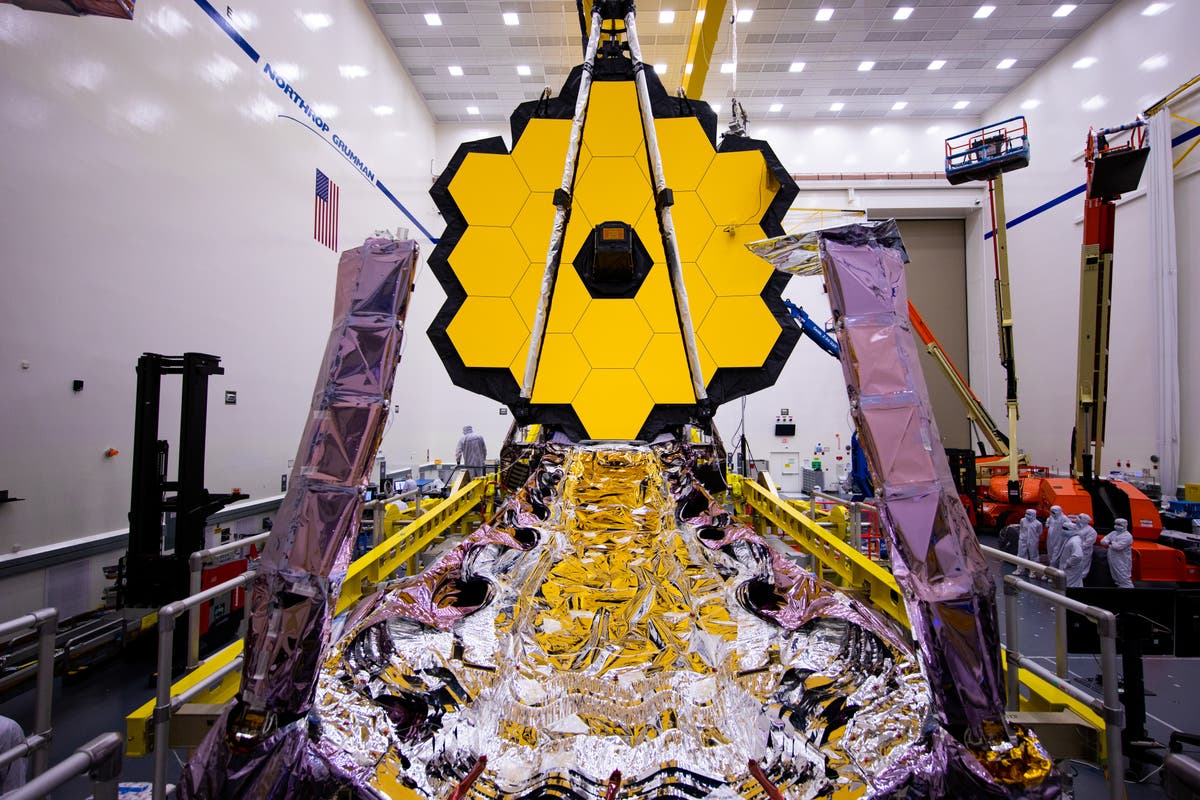 Nasa’s James Webb Space Telescope has a new launch date after an “incident” delayed its launch.

The mission had been scheduled to launch on 18 December. But Nasa said earlier this week that there had been a problem as the final work was undertaken on the launch and it would have to be delayed.

As technicians were attaching the telescope to the Ariane 5 rocket that will carry it into space, one of the clamp bands that secures it on fell and vibrated the observatory, Nasa said. That forced it to pause the work and undertake an assessment to see whether any damage had been sustained.

That has now been completed. No components seem to have been damaged in the incident and approval has been given to move on with fuelling the observatory.

Nasa is working towards a new launch date of 22 December, at 7.20am eastern time, it said.

The telescope has been hit by a number of issues and delays: it was originally intended for launch in 2007, and has been pushed back for a number of reasons since then. Over the last couple of years, problems including the pandemic and issues with its rocket have led to yet more delays.

When it does finally launch, the telescope will be the most powerful space observatory operated from Earth. It will look deep into space in an attempt to understand how galaxies form and the universe is structured, as well as being able to “sniff” distant planets’ atmosphere to understand whether they might serve as homes for life.

The mission has also faced criticism over its name. Some have argued that it should not be named after Webb, who ran the space agency during the time that saw it work to put humans on the Moon but was also undersecretary of state during the “Lavender Scare”, when many LGBTQ people were driven out of government service.