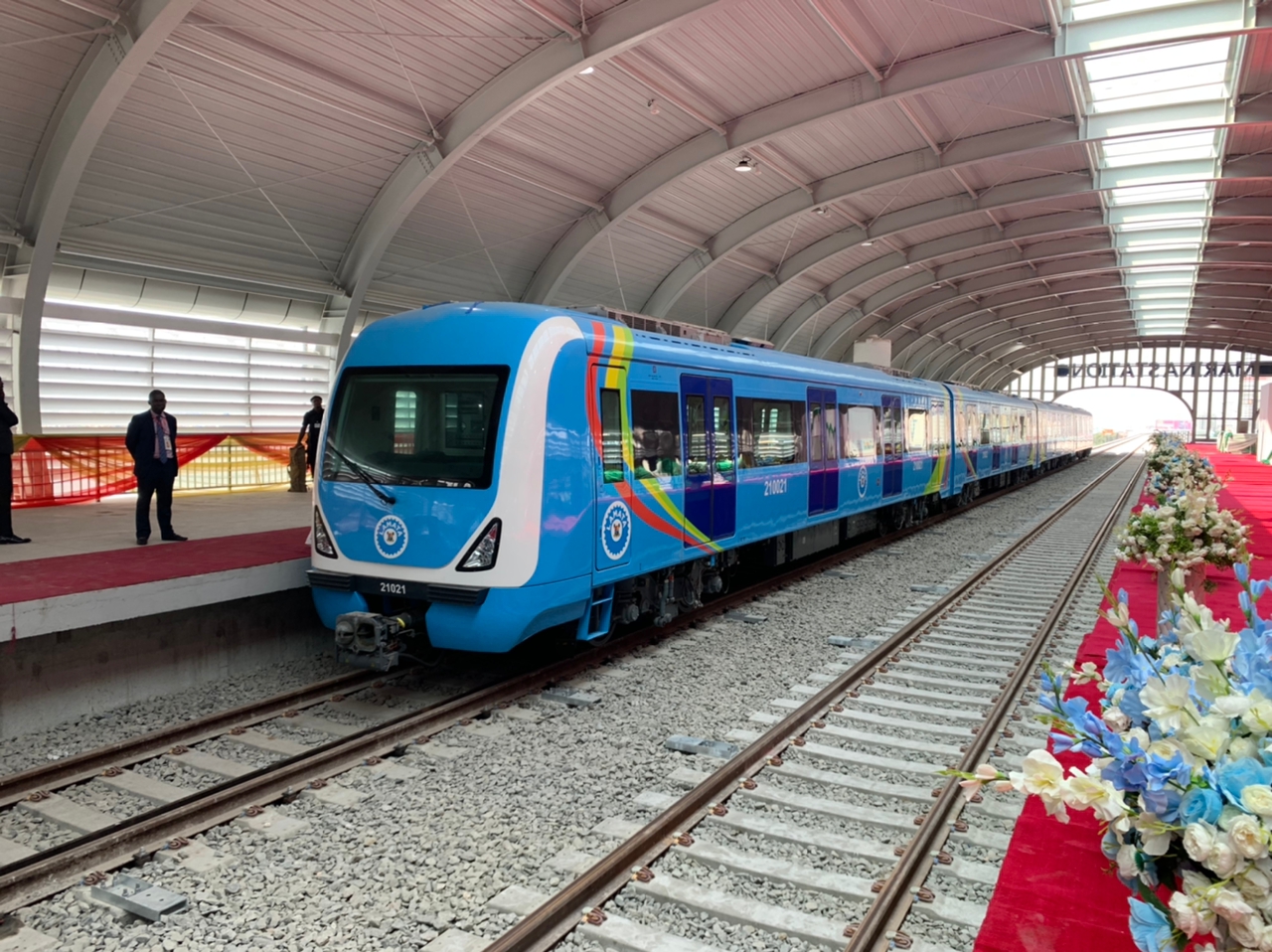 The Blue Line is expected to be 27 kilometre long, connecting Okokomaiko to Marina.

Mr Buhari, who is on a two-day visit to Lagos, had commissioned the rice mill and Lekki Deep Sea Port on the first day of the visit on Monday.

The president was accompanied to the event at Marina Train Station, in the Outer Marina area of the state, by the state governor, Babajide Sanwo-Olu, Minister of information, Lai Muhammed; the Chinese ambassador to Nigeria, Cui Jianchun and many other dignitaries.

The elevated train network was proposed in 1983 during the Second Republic administration of Governor Lateef Jakande but the construction was only flagged off 20 years later in 2003.

Once it becomes operational, riders will be able to use the state government’s cowry card to access the train.

At the event, Governor Sanwo-Olu signed a document to kickstart the second phase of the Blue rail project (Mile 2 Okokomaiko).

The president, alongside the dignitaries and journalists, took a tour on the train, moving from the Marina station to the National Theatre and back.

The spokesperson of the Lagos Metropolitan Transport Agency (LAMATA), Kolawole Ojelabi, told PREMIUM TIMES that the train is still under trial and would kickstart in late March or first week of April.

He said that the fare has not been decided. When asked the cost of the project, he directed this reporter to the state ministry of finance.

The train is expected to ease traffic in the often gridlocked metropolis.