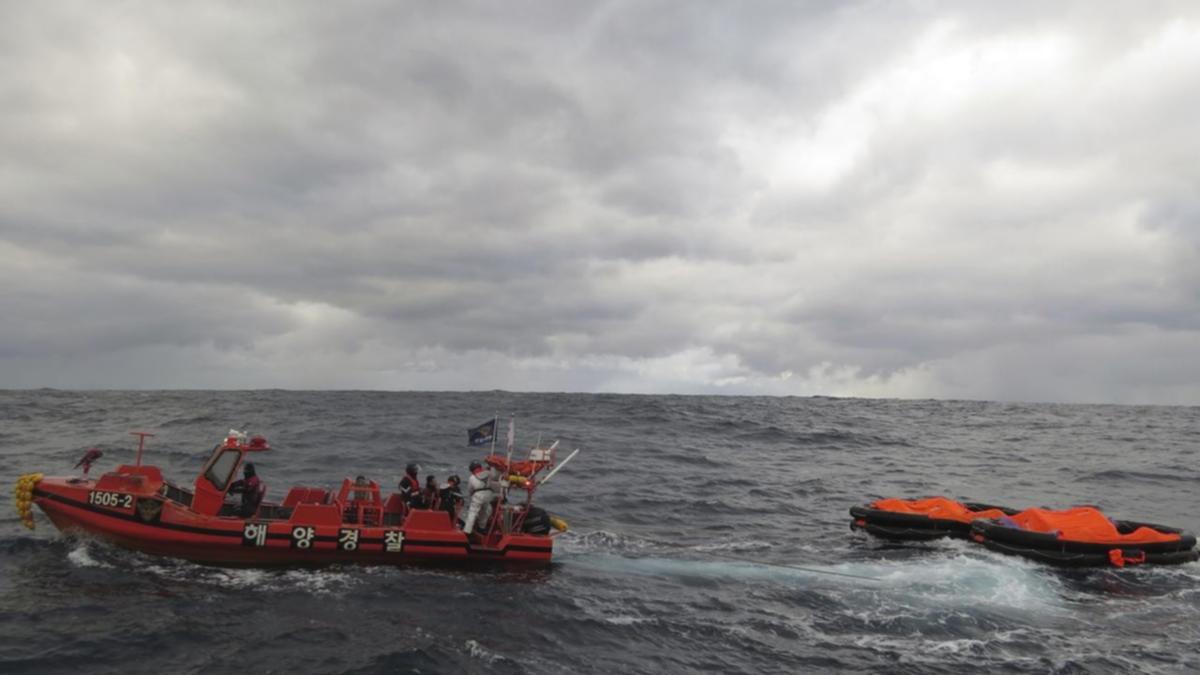 South Korean and Japanese coast guards are searching for 17 crew members of a cargo ship that sank in waters between South Korea and Japan, South Korean officials say.

The coast guard of the southern South Korean island of Jeju said five crew members were rescued by nearby vessels after the 6551-tonne Jin Tian sank early on Wednesday about 150 kilometres south of the island while transporting lumber.

It said 14 crew members on the Hong Kong-flagged ship are Chinese and eight are from Myanmar.

It said the ship’s captain last communicated with the coast guard through a satellite phone about 2.41am, informing officials the crew members would abandon ship.

No one was found in the three life rafts and two lifeboats searched by South Korean coast guard crews who later arrived on a speedboat.

Strong wind warnings have been issued at the site of the sinking where Japanese coast guard vessels and aircraft were searching for survivors with nearby commercial vessels.

Denial of responsibility! Yours Bulletin is an automatic aggregator of the all world’s media. In each content, the hyperlink to the primary source is specified. All trademarks belong to their rightful owners, all materials to their authors. If you are the owner of the content and do not want us to publish your materials, please contact us by email – [email protected]om. The content will be deleted within 24 hours.
News
0
Share

bureau of energy efficiency: Bureau of Energy Efficiency to discuss penalty provision with Auto Cos