Modi documentary: Students fight to screen India The Modi Question even as authorities crack down 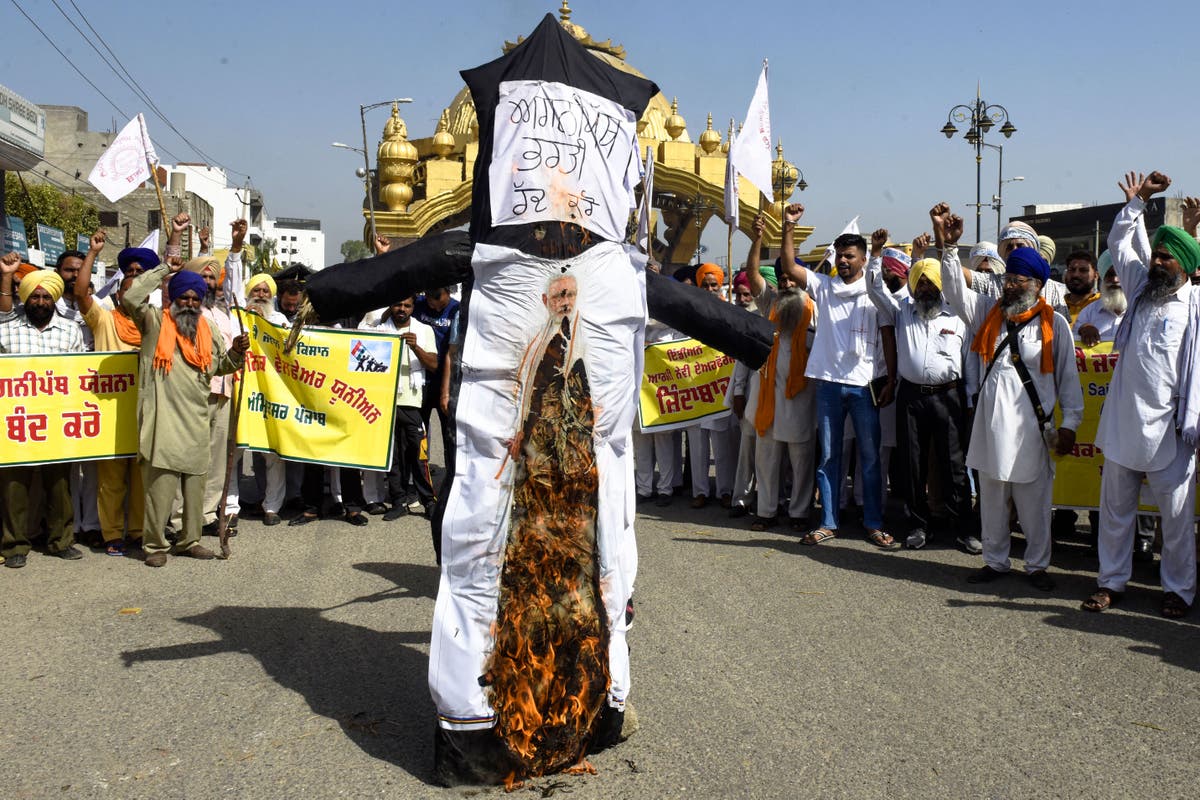 Despite the threat of disciplinary action by varsity authorities, student bodies are readying to screen the documentary that was blocked and labelled a “propaganda piece” by the Indian government.

Students from the University of Hyderabad screened the first part of the documentary titled India: The Modi Question on Sunday inside its campus, leading to authorities launching a crackdown against them.

The series investigates Mr Modi’s role in the 2002 riots in Gujarat, his home state of which he was the chief minister at the time, which led to the death of more than 1,000 people, mostly Muslims.

Authorities of the University of Hyderabad, also known as the Hyderabad Central University (HCU), have sought a report from the student group that screened the controversial documentary, allegedly without permission.

It was screened by a group of students under the banner “Fraternity Movement – HCU unit”.

After the BBC released the documentary in the UK, the Indian government was quick to use emergency powers to block its broadcast. The series was not aired in India but has been circulating on Twitter and YouTube and file-sharing websites.

The government issued orders to both platforms to block any content related to the BBC series using emergency powers under the country’s information and technology law.

India’s foreign ministry has alleged the documentary has “bias, [a] lack of objectivity, and frankly a continuing colonial mindset”.

Kanchan Gupta, an adviser to the government, said on his Twitter handle on Saturday: “Ministry of Information & Broadcasting has issued directions for blocking multiple @YouTube videos of the first episode of @BBCWorld ’s hateful propaganda ‘India: The Modi Question’. Orders were also issued to @Twitter for blocking over 50 tweets with links to these YT videos.”

HCU’s officials, meanwhile, claimed they had no knowledge of the screening. They came to know a student group screened the documentary only after members from the student wing of Mr Modi’s ruling Hindu nationalist Bharatiya Janata Party, called ABVP, complained.

A silent rebellion has emerged in many colleges and universities, whose students are angry at the government’s attempts to “block” the reach of the documentary, which features claims that Mr Modi was “directly responsible” for the 2002 Gujarat riots.

In the leftist stronghold of Kerala in southern India, it was reported that student and youth outfits decided to screen the series on campuses and public places.

The left-wing Students Federation of India said it would screen the documentary on college campuses. At the Kannur University campus, a screening was scheduled for Tuesday.

Another youth group, the Democratic Youth Federation of India (DYFI), declared on Twitter that it would screen the documentary in the state as well. Local media reported that a screening would be organised at state capital Thiruvananthapuram by a local DYFI committee.

Shafi Parambil, a state lawmaker and member of the opposition Congress party as well as the president of its state student wing, said for Mr Modi, “historical facts are always on the enemy side. The days of genocide cannot be covered up using power”.

In national capital Delhi, the students union of Jawaharlal Nehru University (JNU) released a poster announcing the screening of the documentary at its office.

This led to JNU authorities warning of “strict disciplinary action” in case the event was not cancelled.

Reuters quoted union president Aishe Ghosh as saying the screening would go ahead. Ms Ghosh, however, declined to comment on the threat of disciplinary action.

University authorities in an advisory on Monday alleged the student union did not take permission for the event and said a screening could “disturb peace and harmony”.

Police are reportedly monitoring the area around JNU, which has been in the spotlight over the past years for student clashes.

Mr Modi has repeatedly denied any wrongdoing in the course of the religious riots, but many allegations have continued to follow him even after he became prime minister in 2014 and secured a landslide second term in 2019.

India’s Supreme Court also gave a clean chit to Mr Modi and 62 other senior government officials by dismissing a plea challenging the findings of a Special Investigation Team report on the riots.

Given the controversy over the documentary, the BBC defended its production, saying it was “committed to highlighting important issues from around the world” and that the Indian government was offered a right to reply but declined.

In a statement, the British broadcaster said the documentary “examines the tensions between India’s Hindu majority and Muslim minority and explores the politics of Mr Modi in relation to those tensions”.

It said the series was “rigorously researched” and “a wide range of voices, witnesses and experts were approached, and we have featured a range of opinions, including responses from people in the BJP.”

Asaduddin Owaisi, an MP from Hyderabad city and a vocal critic of the Modi government, attacked the latter’s decision to ban the two-part documentary.

He asked the government to instead ban an upcoming film titled Gandhi Godse: Ek Yudh, which is due to release on India’s Republic Day on 26 January. This film has come under fire from several quarters for glorifying Nathuram Godse, who assassinated Mahatma Gandhi.