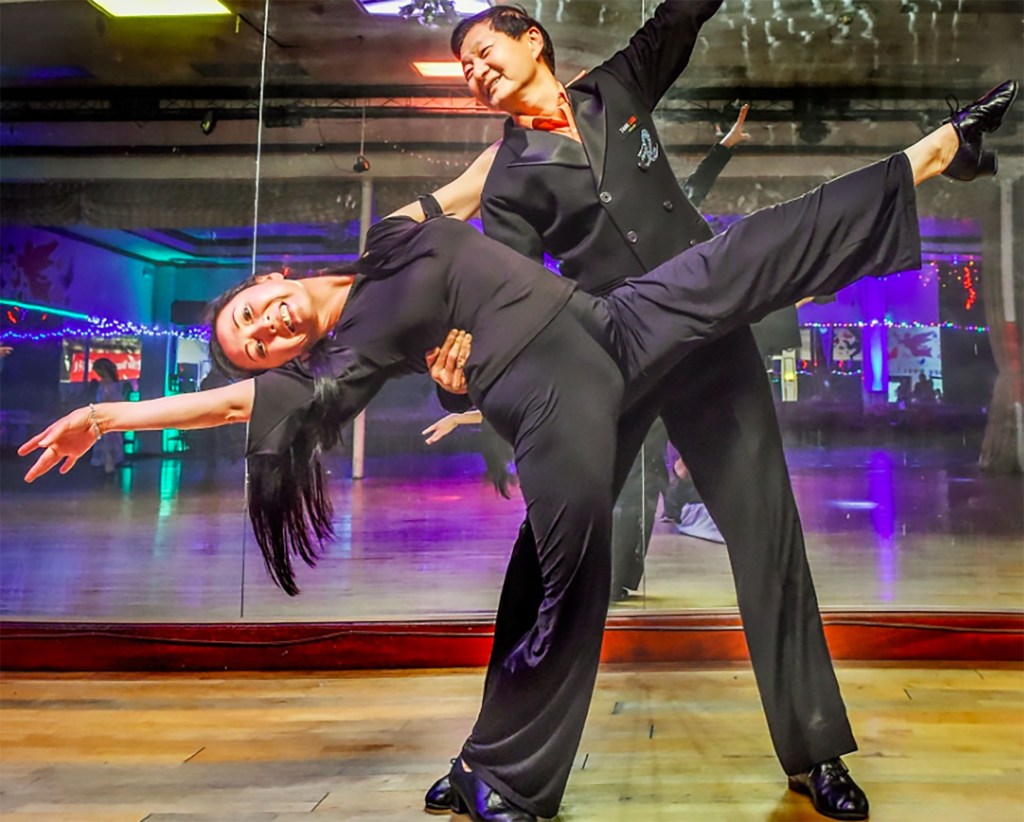 Ming Wei Ma, a dance instructor known as the heart and soul of Star Ballroom Dance Studio, was among the 11 killed in the Monterey Park mass shooting and died trying to protect others, according to friends and reports.

Friends said Ma was killed at the popular Garvey Avenue studio on Saturday night, Jan. 21, where he and a group of fellow dancers had gathered for a social event on the night of Lunar New Year, which drew thousands to the downtown area. Friends said Ma’s family in China was aware of his death. His age was unknown as of Tuesday.

In the aftermath of the shooting, there has been an outpouring of grief for Ma, who was the co-owner of the studio and is remembered by its members for his boundless enthusiasm and magnetic ability to draw people together.

Qiang Bjornbak, a lawyer based in Monterey Park and member of the dance studio, described Ma as a one-man “center of the community.”

“So many people knew him,” she said outside the city’s Langley Senior Center on Monday, which has turned into support center in the aftermath of the massacre. Bjornbak said Ma often took the lead planning events for the local Chinese community, and about a week before the shooting had organized a Chinese community gala with a great turnout.

Related Story: These are the victims in the Monterey Park mass shooting

Events like these were a testament to how Ma could get people together just through the force of his personality. She said Ma was “active” and “friendly,” engaging the community whenever he could.

“Ma was everything at Star and we were always so connected with him. He was so adorable to me and I could tell he was the heart of Star Ballroom,” Star Dance instructor Lauren Woods wrote on Facebook. “So many dancers, teachers and organizers were connected with Ma and I personally will miss him dearly.”

“I want to provide an active place for the Asian community of Monterey Park to help prolong their life and improve their health,” Ma told the Pasadena Star-News in 2016. “Having a place where people from all over the world can come together and communicate through dance is how I can help.”

Several of the instructors are Russian, the music often Latin and the students mainly Chinese due to Monterey Park’s majority Asian population. But once class started, body language was the only language that mattered.

“I will always remember Mr. Ma and the way we communicated to each other. His English was not great, but he’d always say, ‘my teacher! my teacher!’ Always kiss my cheeks and say “Love You! Love you!” full of hugs and physically pick me up sometimes,” wrote Woods. “It was always so loving when he would do this.”

Friend Shuhai Peng described Ma as very enthusiastic and friendly with many connections in the Chinese community.

Although Ma studied engineering at the South China University of Science and Technology, dance and singing were his true loves, Peng said. Ma was the host of a WeChat group for Chinese singers that had over 400 members and he was constantly organizing dancing and singing events in the region, Peng added.

More often than not, Ma could be found teaching, hosting events, or simply gathering with friends at the Star Dance Studio, which remains closed until further notice in light of the recent tragedy.

Close friend Eric Chen, told CBS that Ma was the first to rush at the shooter, who police later identified as 72-year-old Huu Can Tran. Police apprehended Tran in his van in Torrance on Sunday, where he shot and killed himself.

“Today the world has lost one of the kindest and nicest people I’ve ever met. Mr. Ma was truly the soul of the Star Ballroom Dance Studio and he will always stay in our hearts,” wrote studio member Oleksandr Kamniev on Facebook. “I still can’t believe it’s real… we talked and laughed just a few days ago.”

Ma was known to spread messages of love to everyone who took one of his classes.

“Mr. Ma, your love, joy for people will never be forgotten, your dance and singing passion will never disappear. We will never forget your shout in the studio ‘I love you’,” wrote studio member Dariusz Michalski on Facebook. “You will be greatly missed. I love you my friend.”

An official GoFundMe was launched on Monday, Jan. 23, to help cover funeral costs for Ma’s children Ray and Mary Ma. It surpassed its $30,000 fundraising goal within the first eight hours of posting.

Bjornbak said Ma’s family members are aware of his passing and will be traveling from China to attend his funeral.