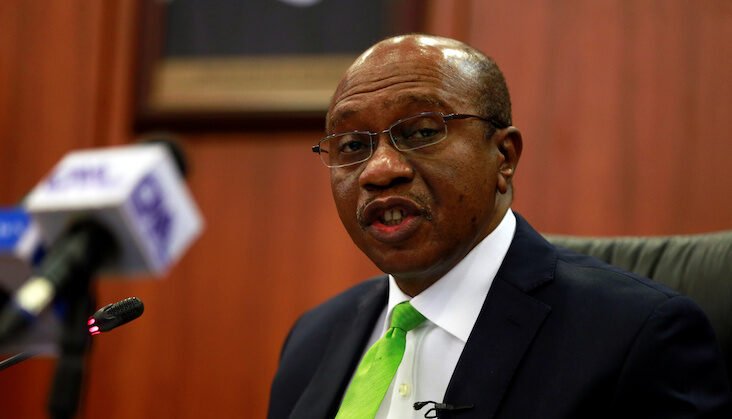 The Nigerian Governors’ Forum (NGF) has invited the Governor of the Central Bank of Nigeria, Godwin Emefiele, to a virtual meeting.

The meeting, which is scheduled to hold virtually on Thursday, has on its agenda, the naira redesign as well as CBN’s new policy on cash withdrawal.

This was contained in a statement by the Forum’s Head of Media and Public Affairs, Abdulrazaque Bello-Barkindo, on Tuesday night.

According to the statement, the invitation to the CBN Governor was issued by Aminu Tambuwal, chairman of the Forum and governor of Sokoto.

For the virtual meeting, the agenda is titled “The Economic and Security implications of naira redesign and withdrawal policy.”

The NGF also said the discussion promises to foster participation and dialogue between various stakeholders including governments and civil society organisations “to come out with a solution to the lingering issue.”

The invitation comes months after the apex bank announced plans to redesign the 100, 200, 500 and 1,000 notes which are already in circulation. The CBN has said the old notes will go out of circulation by the end of January.

The move, Mr Emefiele said, is aimed at having control of the currency in circulation, managing inflation, and tackling counterfeiting.

In November, the CBN also announced a limit on cash withdrawals made by individuals and organisations with effect from January 9, 2023.

The bank directed that over-the-counter cash withdrawals by individuals and corporate entities do not exceed N100, 000 and N500,000, respectively, per week. It also directed that only N200 and lower denominations should be loaded into banks’ ATM machines.

The policy generated mixed reactions among Nigerians. While some described the new policy as politically motivated, others lamented that the timeline was short.

In December, the Nigerian Senate asked the apex bank to “considerably adjust the withdrawal limits” in response to public outcry on the policy.