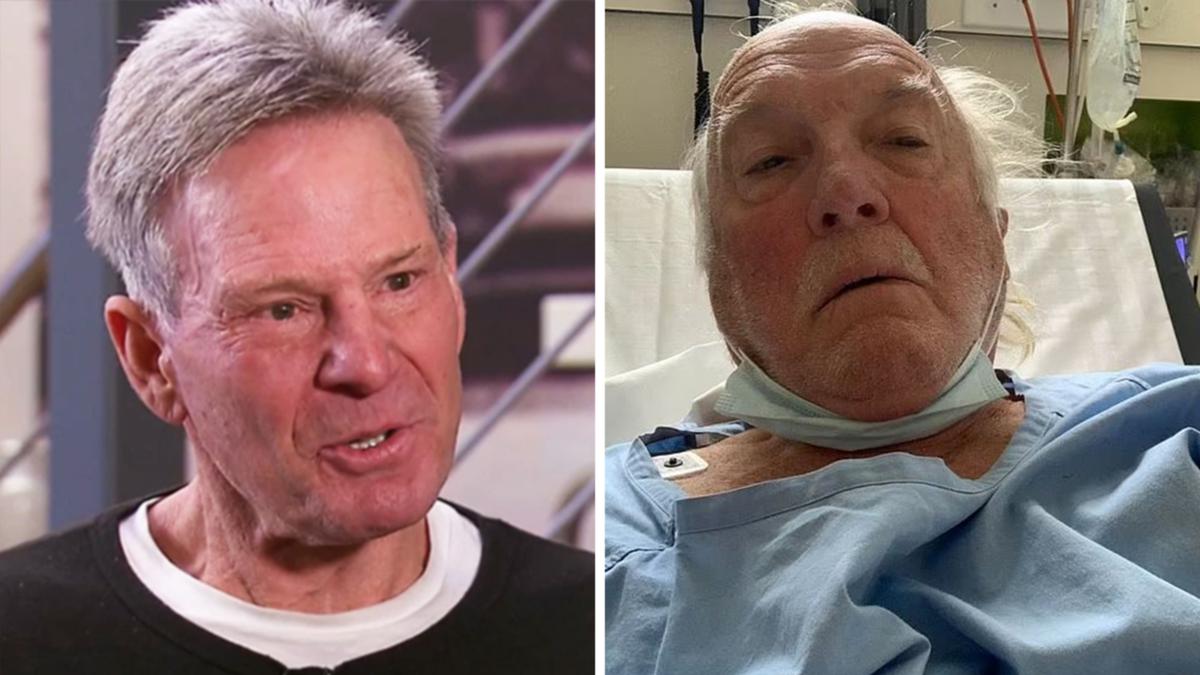 Sam Newman has shared a devastating update on his mate Rex Hunt.

The AFL legend and commentator, who some may know better for kissing fish, is “not in a good place” and needs help for “mental problems” as he continues to recover from a medical episode.

Hunt, 73, who previously played for Richmond, was rushed to hospital last week after he called police for help while driving down the Princess Freeway towards Geelong, in Victoria.

“Rex was a good footballer, he played in two premierships, and he has been a great radio caller and a world-class fisherman … and despite all of that, Rex, he is having some mental problems,” Newman said on the You Cannot Be Serious podcast on Wednesday.

“We are trying to support him to say, ‘Rex, you have got to help yourself before everyone else tries to help you’.

Hunt has previously opened up about his mental health struggles following his footy career.

“I was gone… despite the clown of the circus having a rubber nose, behind the makeup and rubber nose may well be the loneliest person in the world,” he told 7NEWS

Denial of responsibility! Yours Bulletin is an automatic aggregator of the all world’s media. In each content, the hyperlink to the primary source is specified. All trademarks belong to their rightful owners, all materials to their authors. If you are the owner of the content and do not want us to publish your materials, please contact us by email – [email protected]. The content will be deleted within 24 hours.
AFLCelebrityCelebrity GossipEntertainmenthealthNewssport
0
Share