They Rented an RV to the QAnon Queen, Who Abandoned It and Left It Damaged and Full of Sardines 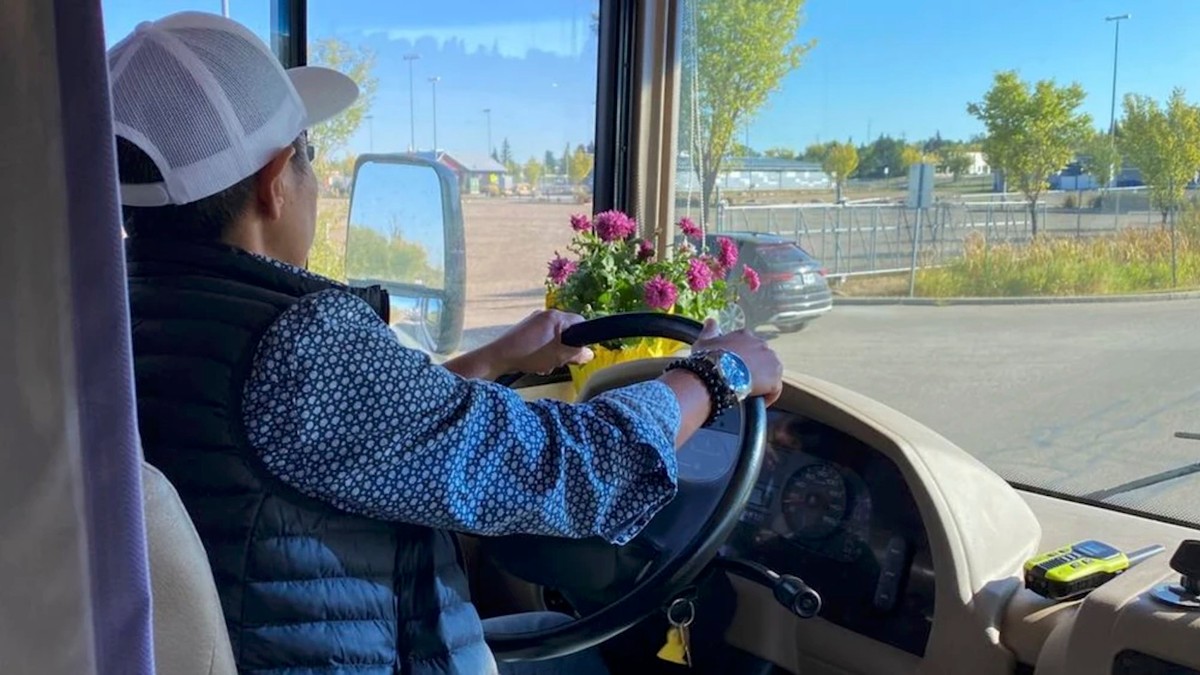 0
Share
Romana Didulo, the QAnon Queen of Canada, driving one of her RVs. Photo via Telegram.

Vicki LeBlanc had no idea that when she and her husband decided to rent out her RV to a woman they met over Facebook they would be sucked into the vortex of a QAnon cult leader who would leave their vehicle trashed and broken.

LeBlanc and her husband Mike aren’t able to vacation together often, so they sometimes rent out the RV to supplement their income. They say they’ve never had a problem before, so when a woman named Mary reached out to them over Facebook in September they happily made an agreement. But it turned out “Mary” was a representative for Romana Didulo, the so-called QAnon Queen of Canada, who has been relentlessly touring Canada throughout 2022 with her closest followers in a collection of RVs.

“Honestly, if we knew who we were renting to,” Vicki LeBlanc told VICE News with a quiet laugh. “We never would have done it.”

After clashing with the conspiracy figure, who posted their contact information for all her thousands of followers, the LeBlancs finally got their RV back, but it’s not in good shape and may cost the family thousands to fix.

Didulo, an unemployed B.C. woman believed to be in her 60s, is a bizarre figure even within the incredibly disturbing QAnon world. She stepped into the influencer power vacuum when Q—the titular and central figure of the conspiracy— disappeared in 2020 and convinced tons of people that she’s the true Queen of Canada. She espouses an uncanny and ever-changing mix of typical QAnon conspiracies (she’s fighting a secretive war on behalf of Canadians against a pedophilic cabal of elites, etc) new-age conspiracies about dimensions and energy healing, and alien conspiracies.

Didulo grew her significant following on Telegram but managed to take it offline in late January when she and a group of followers embarked on a cross-Canada road trip and, well, she never stopped. Even after many of her initial followers jumped ship and claimed she was abusive, Didulo carried on her never-ending road trip. To this day she, alongside a new group of followers, is continuously puttering down Canadian highways in a collection of RVs either purchased, donated, or rented.

Didulo and her followers stand outside their collection of RVs. Photo via Telegram

For several weeks, one of those RVs belonged to the Manitoba-based LeBlancs, who told VICE News they never knew who Didulo was until after the RV was rented. At first, everything seemed normal, until, as the renters were loading up the vehicle another RV pulled up, this one with a large photo of a woman on the side with the words “Romana Didulo, Queen of Canada.” Soon after they left, the couple found out that Didulo was a major figure in the conspiracy world.

After learning of her, they began to follow her journey online (Didulo’s community relentlessly posts on Telegram.) At first, while the LeBlancs were worried about their RV, the group remained in touch, but that changed when the vehicle’s tires had to be replaced and a payment dispute erupted in October. Didulo posted the family’s phone numbers and contact information online to set her followers off on the family (something that fortunately didn’t occur for the LeBlancs) and her group cut off all communication. The LeBlancs responded by threatening to report the RV stolen if it wasn’t returned.

The couple says they weren’t able to get help from the RCMP and were forced to just wait. Then, suddenly, the LeBlancs got a text in early November informing them the RV had been dropped at a gas station some 200 kilometers (120 miles) from their Manitoba home. The couple drove out there, relieved that the dispute was over but worried about what was waiting for them. When they pulled up to the gas station, LeBlanc said she could tell instantly something was wrong with the vehicle.

“Truthfully, I couldn’t even drive behind it because it sat at such an unlevel angle on the road. It was just so frustrating I couldn’t even watch it,” said LeBlanc. “I had to drive in front of (the RV) on the way home because I was like, I can’t look at this for two hours.”

First of all, the RV wasn’t sitting square to the ground, meaning that something had likely gone wrong in the suspension. Then the couple realized in the sparse message they received from the Queen’s team, they were never told where the keys were left and looked forever to find them and had to use a spare set (they would find the keys later taped underneath the RV after they returned home.)

“They just left it in a mess. They didn’t bother to clean out their food or the garbage or some of their supplies,” Leblanc said. “The slide is completely damaged. It can’t be opened or closed. There are issues with suspension.”

“Inside there was like food everywhere. I think there was a sleeping bag they left behind. They left their sardines, naturally.”

For context, in one of the more outlandish incidents involving the cult leader—which saw her followers attempt to arrest all the officers at a police precinct in Peterborough, Ontario—Didulo handed out packets of sardines to her followers as they waited in the hot sun.

A collection of photos showing the damage done to the RVs. Photo provided to VICE News.

Alongside the suspension, also broken was the slide, the portion of the RV that allows it to extend outwards. Smaller things had been busted or lost as well, one of the mirrors was hanging on by duct tape, and the stove knob was missing. Everything all included, the LeBlancs reckon to get the RV to the state it was before they rented won’t be cheap—likely well into the thousands. On top of all that the group had put on almost double the amount of kilometers they had agreed and paid for (like rental cars, the LeBlanc charge by the distance travelled) meaning the group still owes them money, but they aren’t holding their breath.

“I don’t even know at the end of the day if it’s worth pursuing. Like legal action through small claims court or if it’s better just to cut our losses and stop wasting our time,“ said LeBlanc. “I see on the weekend, she raised thousands to pay for her RV that she is riding in. Maybe she could share the wealth and pay for some of the damages for everybody else’s RV.”

At the very same time, her team was delivering the damaged RV back to its owner, Didulo has been raising money to pay for a $62,000 RV she’s already purchased. She has claimed her followers have donated $45,000 to her fund to buy the RV she has dubbed “QR1.”

Followers of Didulo pushed each other to donate in the livestream, and one woman wrote that “If a 74-year-young senior on a fixed income can send in a donation, everyone can! Come on, let’s get this RV paid off for our Queen.” Another instructed others to take the money they’re giving to charities and instead give it to Didulo.

“Your donations are better protected by email transfer to Queen Romana and her team of angels, then you know for SURE your money is going to its intended destination,” it read.

For some time now a group of former followers has been working away at eroding the QAnon Queen’s power. The group has put together a spreadsheet of all those who posted receipts for their donations to Didulo in the past week and found that over 130 people donated over $12,000 in total to her. They’ve vowed to contact these people and those who love them.

“These are the last of her supporters that keep on funding her grift,” wrote Corey, one of her former followers. “These people have a great heart I’m sure, but they are just being lied to and feeding Queen Romana’s parasitic ways! I want everyone to try and reach out to one or two people.”

“This small amount of people are refusing to let her go and are hurting followers and the team members. They are destroying lives because they keep funding her.”

The nearly-year-long trip that Didulo is on is not cheap. Renting the RVs, paying for gas, and feeding the 10 or so people that travel with her as “staff” is an expensive endeavor. So threats to her fundraising are a threat to her movement. Didulo has told her followers to report these people to the RCMP as “these people are clearly jealous, envious, hateful, and exceptionally evil.”

She followed up in a separate post, asking her followers for money.

VinFast Files For U.S. IPO, Set To Trade Under The…