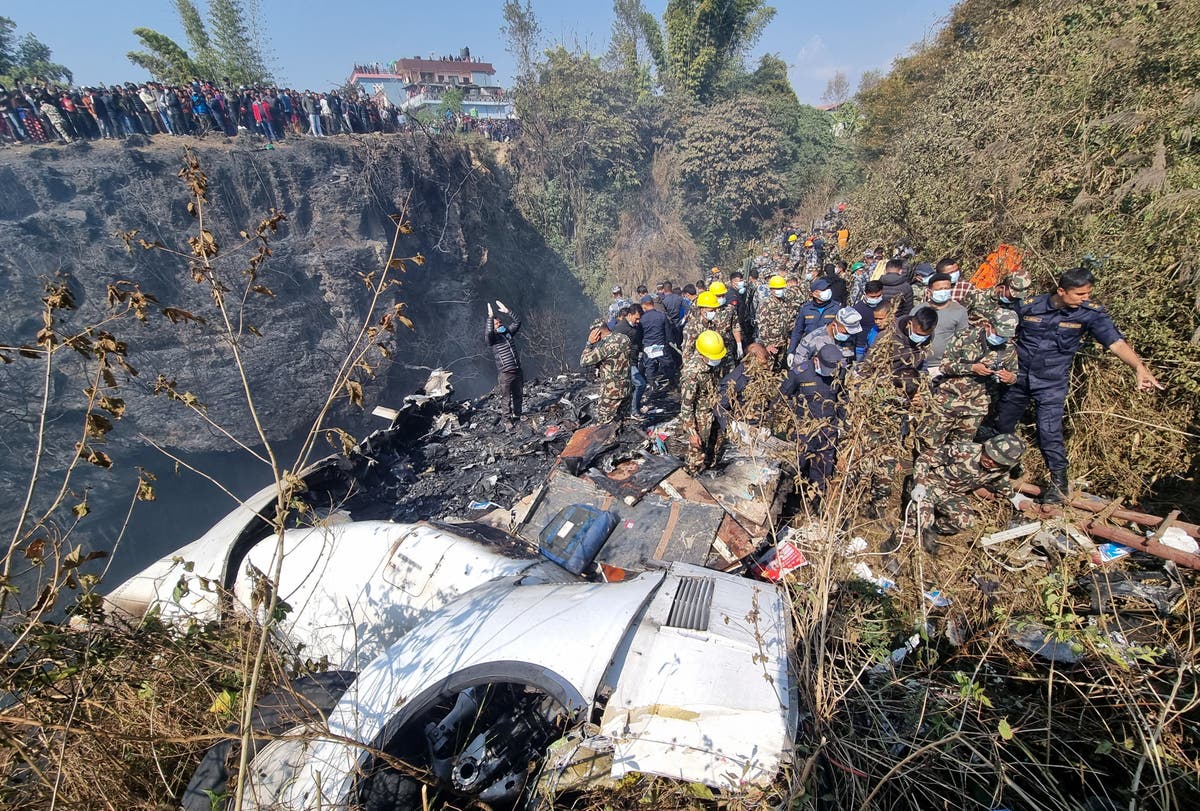 The flight from Kathmandu to the resort town of Pokhara had 72 people aboard and crashed while landing at a newly opened airport on Sunday.

The crash is the country’s deadliest airplane accident in more than three decades.

A total of 15 foreign nationals were on board the Yeti Airlines flight, according to Nepal’s aviation authority, including one Irish person.

A spokesperson for Pokhara Airport, Anup Joshi, said the plane crashed as it approached the airport, adding that the “plane cruised at 12,500 feet and was on a normal descent”.

The footage shows the plane approaching the airport and making a hard left turn before it disappears out of shot. A loud crash is then heard as the plane hits the ground.

Hundreds of rescue workers searched the hillside where the flight crashed and recovery efforts are ongoing, with videos on social media showing smoke billowing from the site.

Bishnu Tiwari, a local resident, said efforts were hampered by thick smoke and fire. “The flames were so hot that we couldn’t go near the wreckage,” he told The Associated Press.

“I heard a man crying for help, but because of the flames and smoke we couldn’t help him.”

“Half of the plane is on the hillside,” said Arun Tamu, another local resident, told Reuters news agency. “The other half has fallen into the gorge of the Seti river.”

Khum Bahadur Chhetri said he watched from the roof of his house as the plane approached and then crashed.

“I saw the plane trembling, moving left and right, and then suddenly it nosedived and it went into the gorge,” he told Reuters, adding that residents took two passengers to hospital.

It is unclear what caused the crash and the Nepalese government has set up a panel to investigate the cause. It is expected to report back within 45 days, said finance minister Bishnu Paudel.

The crash is Nepal’s deadliest since 1992, when a Pakistan International Airlines Airbus A300 crashed into a hillside as it approached Kathmandu, killing all 167 people on board.

Nearly 350 people have died since 2000 in plane or helicopter crashes in Nepal, which is home to eight of the world’s 14 highest mountains, including Mount Everest where sudden weather changes can cause hazardous travel conditions.

‘Holiday glow’ after a relaxing trip away lasts a WEEK after returning home, survey reveals